25/01/2019 - The epic debut by Ulaa Salim, about fanatical terrorism in Copenhagen, sees a cop caught in the middle of Islamism and nationalism

Opening the Tiger Competition at the International Film Festival Rotterdam (23 January-3 February) with a bang, there are hints of Martin Scorsese and Jacques Audiard as first-time Danish director Ulaa Salim pulls a crafty switch in Sons of Denmark [+see also:
trailer
interview: Elliott Crosset Hove
interview: Ulaa Salim
film profile], a bombastic thriller that gels politics, family and police procedural into a fiery thriller. Salim shows Copenhagen as a city immersed in chaos, where far-right white nationalists are pitted against Islamic fundamentalists in a culture war in which each side is fuelled by the other.

The title refers to a group of neo-Nazis that believe in forced repatriation, even for long-standing Danish citizens. Their ire has been stoked by a bombing that haunts the pre-credit sequence. From the ashes rises Martin Nordhal (Rasmus Bjerg), who is the political face of nationalism. He is the leader of a nascent political party aiming to win votes from those who feel that the ethnic identity of Denmark has been eroded by allowing immigrants into the country. Unfortunately, Salim taps into a political climate that will feel all too familiar for audiences across Europe and indeed the globe, as Nordhal’s rhetoric is a vote winner.

Nordhal’s Islamist opponents also feed off his rhetoric to radicalise the youth in the fight against Sons of Denmark. And so it is that a frustrated and angry 19-year-old Muslim, Zakaria (Mohammed Ismail Mohammed), is indoctrinated and becomes part of an assassination attempt on Nordhal. Salim shows how even the most simplistic arguments, about us and them, global wars against Muslims and the forging of a sense of community, can sway young people and nudge them into radicalism. If this all feels formulaic, that’s because Salim wants it to be, as he has a trick up his sleeve when he deftly shifts the focus away from the radicals to a police officer, Malik (Zaki Youssef), who specialises in infiltrating radical groups.

As Sons of Denmark becomes a character study of Malik, it becomes more involving, with the police officer caught between his own dual identities as he tries to go about his civic duty. Malik is the perfect distraction from the formulaic thriller narrative, the Taxi Driver who lives in the world of The Departed. The film has an epic scale but too often veers into the sensational to get its point across. In the denouement, the attempt to tie Malik’s personal demons into a thriller narrative leads to an ending that shows how difficult it is to break free from societal structures and that it’s a world where the vicious circle successfully feeds upon itself. Yet such a reading still can’t mask the sense that the closing scenes are overblown, given over excessively to genre elements and shock, whereas it’s the character study that compels. Nevertheless, it’s an ambitious film that marks Salim out as a talent to keep an eye on.

Sons of Denmark was produced by Denmark’s Hyæne Film, and New Europe Film Sales is handling the international sales.

more about: Sons of Denmark

“Every movie should be made within the DNA of a story”

Cineuropa met up with Danish newcomer Ulaa Salim, who competed in Rotterdam's main competition with his thriller drama Sons of Denmark

In Full Bloom comes out on top at Oldenburg 2019 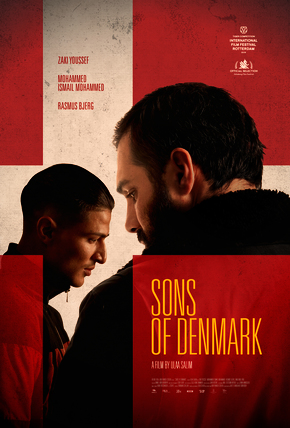 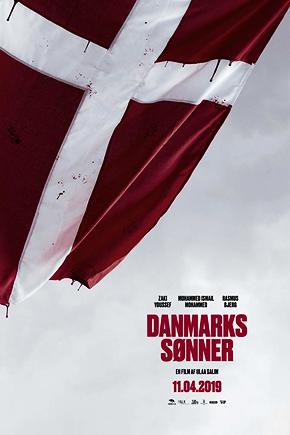 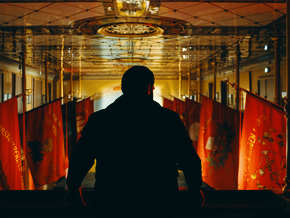