"My wife comes in, and Freddy Krueger pops back up again."Bytelling this joke after his wife is rushed to hospital due to a severe allergic reaction, the main male protagonist of Koko-di Koko-da [+see also:
trailer
interview: Johannes Nyholm
film profile] – the second feature by Johannes Nyholm (unveiled at Sundance in the World Cinema Dramatic competition before touching down in Rotterdam as part of the 2019 Tigers competition) – really could not have put it any better, as the film goes on to demonstrate, over and over again. After catching people's attention with his first film, The Giant [+see also:
film review
trailer
interview: Johannes Nyholm
film profile] (discovered at Toronto in 2016 and winner of the special jury prize at San Sebastian), the original Swedish filmmaker’s second feature is a playful but fresh take on A Nightmare on Elm Street, consisting of a cruel temporal loop that's somewhat reminiscent of Groundhog Day. Plunging us into the deepest depths of a dramatic realist universe, which soon turns into a repetitive nightmare and flits between a macabre tale and existential anxiety, the director succeeds in creating a small theatre of shadows that are as free as they are under his control, and whose humorous distance offsets a stimulating yet sadistic strangeness linked to the main characters’ inner turmoil.

Three silhouettes move through a forest: a little man in a white suit and boater hat, a slender woman dressed in grey with an elaborate hairdo and a growling dog on a leash, and a giant carrying a wounded dog in his arms. The little man whistles and hums a childish refrain ("my cockerel is dead, it will never sing Koko-di Koko-da"), ending in an unsettling repetition that fades into a scene revealing three very similar-looking characters adorning a music box admired by a little girl in a shop window. The latter, on holiday in Denmark with her parents, Tobias (Leif Edlund) and Elin (Ylva Gallon) is celebrating her eighth birthday and this looks like the perfect gift. But the next day, while having lunch at a strange restaurant in the moorland by the sea, a mussel pizza causes her mother to have a severe allergic reaction, resulting in her being airlifted to hospital. The next morning, at the hospital, everything seems to be going well and both parents are preparing to celebrate their daughter's birthday when they suddenly discover to their horror that she's dead.

After a poetic interlude consisting of puppets and shadows, we rejoin the couple three years later on holiday. The atmosphere is somewhat discordant with the scene's trivialities (an ice cream conjures up a happy memory of their child) and Tobias decides to trek into the heart of the forest to pitch their tent for the night. But just before dawn, Elin wakes up to find the three bogeymen we saw at the beginning of the film surrounding her. The couple is attacked by the bogeymen, a nightmarish scene that repeats six times over, with various endings, reflecting the numerous reactions of Tobias and Elin’s unconscious (helplessness, guilt, loneliness, etc.) to the trauma of their daughter's death and its ghostly impact on their relationship, both of them now prisoners to their isolation.

With a surprising style that is somewhat evocative of David Lynch's nightmarish scenes, Koko-di Koko-da plays with the survival genre, with a hint of the Freudian to its approach to mourning and rebirth. An aspect that Johannes Nyholm tackles with great formal freedom, demonstrating that he is capable of combining unbridled imagination with fine precision in terms of mise-en-scene, entangling styles, disorienting the audience without losing the guiding thread and playing with our emotions (fear, suspense) by preserving the appropriate distance – a very original style. We’ve certainly not seen the last of Johannes Nyholm yet.

Produced by the director's Swedish company (Johannes Nyholm Produktion) and co-produced by the Danish outfit BeoFilm, Koko-di Koko-da is being sold internationally by the French company Stray Dogs.

“People get shocked and moved, and many just sit there in their seats after the ending”

With his second feature, Koko-di, Koko-da, Johannes Nyholm explores grief and claustrophobia with the help of a nursery rhyme in a truly nightmarish setting

A prestigious, international line-up will grace the Swiss festival this year 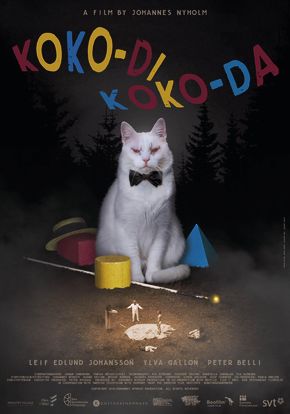 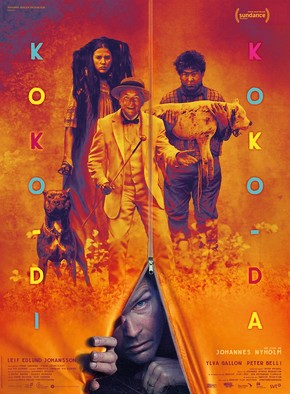 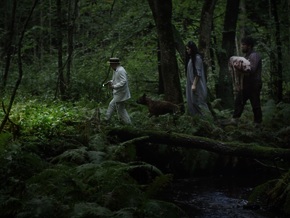