The Lisbon-based director Ico Costa has unveiled his first feature film, Alva [+see also:
trailer
interview: Ico Costa
film profile], in the Bright Future section of the 48th Rotterdam Film Festival. The film stars Henrique (Henrique Bonacio), a hermit who lives an isolated mountain life away from civilisation. The local townspeople visit him regularly, to bring him supplies, and in exchange, Henrique grants them a few minutes of his less-than-cordial company. In general, there isn't much dialogue in the film, and all conversations end abruptly whenever anyone asks the hermit about his daughters. One day, Henrique decides to break the unwritten laws of his isolated life and head down into the village. Our misanthrope follows a woman to her house, where we hear a terrible accident unfold outside of our field of vision. The bucolic beauty of this Portuguese agrarian world – filmed in 16mm by the director of photography Hugo Azevedo (assistant cameraman on Arabian Nights [+see also:
film review
trailer
interview: Miguel Gomes
film profile] by Miguel Gomes, Horse Money [+see also:
film review
trailer
film profile] by Pedro Costa and The Portugese Nun [+see also:
trailer
film profile] by Eugène Green) – is soon tainted by the sound of gunfire.

While viewers are shocked by the event, the camera doesn’t seem to have realised what’s happened. Costa and Azevedo continue to film the potential criminal with the same detachment, surrounding him with the same mysterious atmosphere, avoiding judging him morally. After the incident, Alva becomes an immersive chronicle of the fugitive's daily life as he adapts to his new habitat. This excellent fiction feature, which could potentially fall into the "slow cinema" category, portrays Henrique's loneliness by documenting the simple gestures that occupy his long, slow days on the run: picking fruit from the trees, looking for shelter when the nights get cold and swimming in the river Alva, which gives the film its name.

Alva does not hide its fascination with its character, and more precisely with the way that evil seems to be an inexplicable part of his make-up, but it should by no means be interpreted as an admiration for the anti-hero. Costa, who also directed the documentary Barulho. Eclipse, avoids labelling the character as a hero or villain, or interpreting Henrique’s ascetic attitude as a sign of repentance, rather than as proof of coldness and moral apathy.

According to its director, the film was inspired by two terrifying incidents that took place in 2015, crimes that the people of Portugal read about in the national newspapers and both involving fathers who took justice into their own hands. The first crime was a crime of violence, a daily occurrence on the peninsula, involving a man who fled to the mountains after murdering four female family members. The article focused on the fugitive’s hiding skills in the woods, which explains why it took the police two months to track him down. The second event, no less appalling, involved a divorced man who attempted murder. The individual in question entered the facility where a psychologist was treating his two children and attempted to kill him. It’s worth noting that although the film was inspired by the two events, it is by no means a film adaptation of them. The director has perfectly harnessed the halo of terror and violence encapsulated by these two stories and used it as an authentic backdrop to his own story of homicide.

Alva was co-produced by the Portuguese firm Terratreme Filmes with the French outfit La Belle Affaire Productions and the Argentine Un Puma. Terratreme is handling the film’s international sales.

Festival Scope presents a selection of films from IFFR 2019 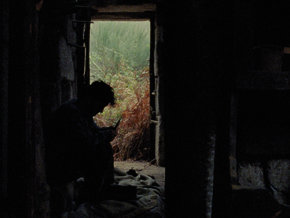 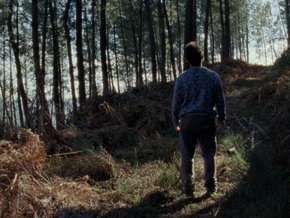 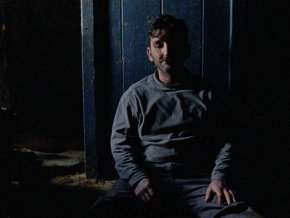