28/01/2019 - In her debut feature-length documentary, Reetta Huhtanen looks at the infamous area of Brussels from the knee-high point of view of a child

It would be hard to find another place in Europe that, over the past few years, has become as notorious as Brussels’ very own district of Molenbeek. But while Finnish director Reetta Huhtanen certainly acknowledges its relatively newfound infamy as a “jihadi hotbed”, she is also far from damning its diverse residents. In her debut feature, Gods of Molenbeek [+see also:
trailer
film profile], chosen as this year’s opening film of the Helsinki-based DocPoint Film Festival and screening in the Nordic Documentary Competition at the Göteborg Film Festival, a place that has been generating accusatory headlines is, more than anything else, a home.

At least so it seems to the kids who live there, all from completely different backgrounds and yet only just starting to realise it. Finnish-Chilean Aatos, Muslim Amine and no-nonsense girl Flo are used to singing “Happy Birthday” in just about every language there is, and it’s mostly thanks to them that this unassuming film proves to be a delight. For the most part, it plays out like a Benetton-ad-like take on the Bullerby children, with its multicultural protagonists playing games and listening to spiders, uninterrupted (and unmoved) by the constant presence of the camera placed right at their eye level. Hannu-Pekka Vitikainen, pulling double duty as the film’s producer and cinematographer, must have shot most of it squatting – after a while, one certainly worries about the state of his knees.

And yet, surprisingly enough, Gods of Molenbeek quickly establishes itself as a movie all about dialogues. Mostly because Aatos, who could easily have engaged in deep conversations with Jean-Pierre Léaud in The 400 Blows, is such a curious kid – especially when it comes to religion. “Do gods exist? I guess so, but just in Finnish stories,” he says, but his interest runs deeper than that, reinforced by his best friend and neighbour Amine, who is constantly faced with “His” presence and is visibly scared when little troublemakers trick him into believing that it’s actually pork he is already happily munching on. “I don’t know if I know,” he says when asked why he is not allowed to eat it, yet he’s still convinced that it’s a trait of a true Muslim. It really is the kind of film where musings on identity are sandwiched in between a throwaway comment about Thor’s hammer and a hedgehog’s snacking habits.

While there is certainly a whiff of familiarity, to both the subject and the execution, there is no denying a job well done – especially as Huhtanen knowingly avoids venturing into more “cutesy” territory, mostly thanks to the hilarious Flo, who quickly threatens to steal the show. “If you believe in God, you are crazy. And if you go crazy, you should warn me,” goes her take on Aatos’ sudden interest in all things spiritual. But adorable as it all may be, soon enough, the first signs of nastiness start lurking literally around the corner, with barely audible comments suddenly getting louder and clearer. The kids, at first blissfully oblivious to the hum of the sirens, have their backpacks searched by police officers in no time, and so the divisions start to form. It might be a film about Molenbeek, but in the end, it’s mostly about growing up into an adulthood consisting of, as Flo puts it while folding a paper, “problems, accidents and weather”. And borders.

Gods of Molenbeek was produced by Hannu-Pekka Vitikainen, of Finland’s Zone2 Pictures, who was also responsible for the film’s cinematography. It was co-produced by Hanne Phlypo, of Belgium’s Clin d’oeil Films, and Alex Tondowski, of Germany’s Tondowski Film.

more about: Gods of Molenbeek

System Crasher and Gods of Molenbeek triumph at FEST

In her debut feature-length documentary, Reetta Huhtanen looks at the infamous area of Brussels from the knee-high point of view of a child 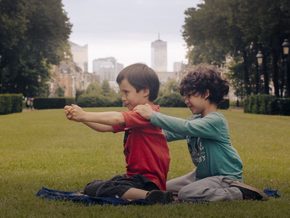 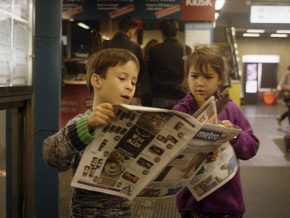 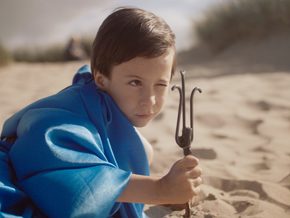 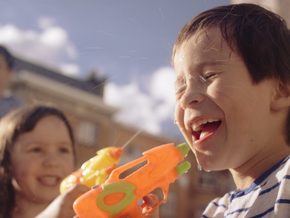 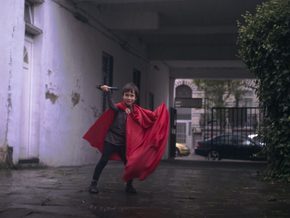