Shown at International Film Festival Rotterdam (23 January-3 February), in the Big Screen Competition section, Phaim Bhuiyan’s romantic comedy Bangla [+see also:
trailer
film profile] has already been described a few times as “the Italian version of The Big Sick”, and it’s easy to see why. But while the story of a twenty-something Phaim – played by the director himself and with a script based on his experiences as a second-generation Italian of Bangladeshi decent, here falling desperately in love with an outspoken Italian girl – is harmless enough, comparisons to the Emily V Gordon- and Kumail Nanjiani-scripted, Oscar-nominated and clearly superior film don’t really do it any favours.

This is mostly because, although it provides an easy enough watch, its debuting helmer’s lack of experience really shows, somehow also mirrored by his awkward encounters on screen with cool girl Asia (Carlotta Antonelli, funnily enough looking exactly like Asia Argento). The constant voiceover feels very familiar, and so does the occasional moment when Phaim breaks the fourth wall – the fact that the acting isn’t quite there doesn’t help either, with only the plucky Antonelli emerging relatively unscathed. Luckily, describing himself as “something in between, like a cappuccino – 50% Bengali, 50% Italian and 100% a Torpignattara guy”, referring to the most racially diverse part of Rome, Bhuiyan professes true love for the place he (and his character) calls home. This area, as portrayed in the film, actually seems almost too perfect – and perfectly lit – to be real, with old white geezers watching the world as they knew it slowly disappear before their short-sighted eyes and a perennially silent drug dealer (“He has been sitting here since Rome was founded,” goes the description) suddenly elevated to the position of spiritual guide.

It’s these witty little observations that ring the most true, unlike Phaim’s central dilemma of whether to listen to his traditionalist parents, or forget all about his religion for once and make love to his girlfriend. And while there is a comment, here and there, on the way people like him are still being treated, getting Italian citizenship at the age of 18 despite having been born in the country, all of the ugliness just rears its head once in a while, never to be mentioned again, as the iron-clad romcom formula takes over and never looks back. That being said, Bhuiyan exhibits a lovely sense of humour sometimes, at least when he is not trying too much, as proven by the exchange between two confused, but clearly smitten, people: “You are crazy.” “And you masturbate.” As Joe E Brown once put it, nobody’s perfect. And that part Bangla gets just right.

Bangla was produced by Domenico Procacci, of Fandango, and Annamaria Morelli, of Timvision. It was co-produced by Laura Paolucci. Its distribution and international sales are managed by Fandango.

The special edition of the event which has unfolded on Rome’s Tiber Island for 25 years will unspool between 18 and 28 March in digital form, to the cry of “Let’s Take Back Our Future” 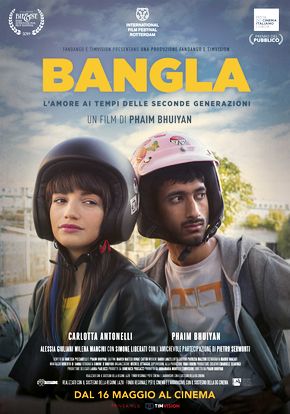 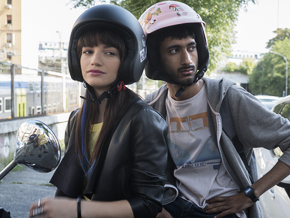 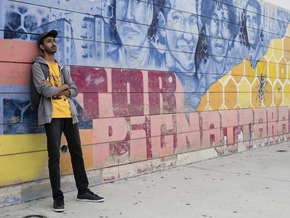 Documentary – 28/01/2022
Matteo Frittelli • Producer of Il Giardino che non c’è
The producer of the company Alto Piano talks about the importance of memory as a renewal, and about the distribution of art documentaries