"Brazil had changed. The country's biggest event was no longer the carnival, but the feast of Supreme Love, the redemption of the body, the purity of feeling, the vows of eternal love, waiting for the Messiah to return." In his new film, Divine Love [+see also:
trailer
film profile], screened at Sundance in the World Cinema Dramatic competition and set to participate in the Panorama section of the 69th Berlinale (7-17 February), Gabriel Mascaro presents a mixture of two of Brazil’s trademarks – evangelical, ardent faith, and the power of the carnal, all set in the near future of 2027 – in a vast field of mystico-politico-social expression, that sees the filmmaker put all of his talents to work.

With its almost documentary grey realism, colourful flashes of vibrant formal audacity and its vague Orwellian bureaucratic technological threats, this intriguing and striking film focuses on a very simple story about a couple desperate to have a child. His third feature after August Winds (special mention at Locarno in 2014) and Neon Bull [+see also:
film review
trailer
film profile] (special jury prize in the Orizzonti section at Venice in 2015), Divine Love, co-produced by European outfits, largely delivers on its promises in a fascinating game of controlled excess.

Joana (Dira Paes), a forty-year-old civil servant, works as a notary at the divorce registration office, but her fervent Christian faith drives her to go beyond her job in an attempt to reconcile separated spouses. In order to do so, she has a secret weapon: she persuades them to join Divine Love, a group of which she is a member with her husband, Danilo (Julio Machado) whose creates flower bouquets at their home. Group readings of holy writings, sermons, purifying immersion: Divine Love has everything you'd find in your average run-of-the-mill evangelical community, except that this group also likes to get involved in a bit of swinging (on the sole condition that the man's seed is reserved for his legitimate wife because "supreme pleasure comes from the divine desire to procreate life within the family"). But Joana and Danilo are unable to conceive, because Daniel is unable to reach a climax, despite his best efforts (swinging upside down on a machine being one of them). As a result, Joana has entirely dedicated her existence to God in the hope of a miracle (going up to pray regularly at an astonishing religious drive-in). But when the miracle becomes a reality, everything begins to get a little complicated...

Pushing the boundaries of the exploration of faith, Gabriel Mascaro's film is likely to provoke very serious controversy in Brazil, but it is not anti-religious per se, and his endearing portrait of Joana is not a direct attack on her deeply held beliefs. It is more of a climate that the director creates, an environment where technology intended to control society seems to dominate (genetic registration, gates detecting statuses such as "detected pregnancy, unregistered foetus," prenatal DNA registration, cross-referencing data in databases, etc.). A worrisome near-future that the filmmaker creates in a fantastic vortex of pastel colours, brilliantly orchestrated by his director of photography, Diego Garcia. A pop film that perfectly encapsulates its very ambitious subject matter. A film that is a lot more complex than its more down-to-earth aspects and carnal moments would make you think. Because no one really knows what exactly "true love" is, or how far we are willing to go in its name.

We had a chance to chat to Martina Bleis and Kathi Bildhauer, two of the co-directors of the Berlinale Co-Production Market (9-13 February), to find out more about this year’s edition 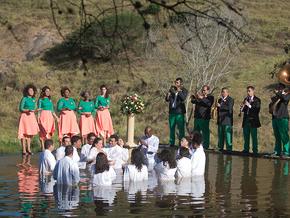 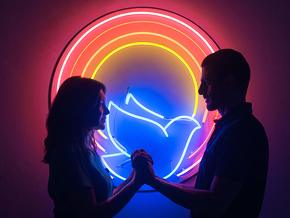 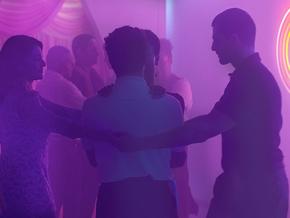