This psychological chiller reintroduces many of the tropes that the co-directors mastered in their last film – troubled family bonds, and unreliable and subjective points of view – to sadly diminished effect. Produced by British horror mainstay Hammer Films, the movie will be seen widely due to its stellar cast (Riley Keough and Jaeden Martell have great recent form in this genre) and the filmmakers’ pedigree; still, the psychological insight and drum-tight plotting of their debut is sorely missed here.

Co-written with Sergio Casci (a British screenwriter known for his work on the BBC), The Lodge brings an interest in occult religions and cult leaders into Franz and Fiala’s austere working method. Richard and Laura Marsh (played by Richard Armitage and Alicia Silverstone) are going through a divorce, much to the dismay of their two young children, Aidan and Mia (Jaeden Martell and Lia McHugh, looking like the Shining twins’ long-lost cousins). In an intriguing meta-touch, Richard is a respected non-fiction author of books on extreme Christian cults, and has taken a young survivor from one of those movements, the beautiful Grace (Keough), as his new bride.

In the aftermath of a shocking family death, Richard, the kids and their new stepmother decamp to a second residence – the creepy Lodge of the title – for their typical Christmas getaway. Richard has to make another short trip out, leaving the mysterious Grace with full responsibility for her new brood. And the children themselves are not having it.

Grace initially seems free of the influence of the apocalyptic, Branch Davidian-like sect she grew up in (she was the only survivor of the freeing “suicides” encouraged by their leader, interestingly played by her father, Daniel Keough, in flashbacks). But in the Lodge’s paranoid, remote atmosphere – not helped by her stepchildren’s mistrust – her fanaticism and apparent instability start rearing their heads.

We’re currently in the midst of a mini-renaissance for upscale horror, across different pockets of world and art cinema. The Lodge’s on-paper potential in this realm is unmistakable, profiting from the talents of Yorgos Lanthimos’ regular DoP, Thimios Bakatakis, in its arresting lighting patterns and eerie wide-angle perspectives. But the overall feeling is that of an off-brand A24 film (the US producers of the likes of Hereditary and It Comes at Night), luxuriating in immaculate rectilinear tracking shots and elliptical cross-cutting to little purpose. The brilliant Franz and Fiala (who, let’s not forget, came up through Ulrich Seidl’s documentary-influenced film style) have perhaps been overcome by their better-funded new project.

The film’s inevitable nosedive into terror and madness feels contrived and unnatural. It misses the flash of inspiration that made Goodnight Mommy so hard to shake, positing these filmmakers as more genre-inflected successors to Haneke and Lanthimos. The cinema’s own secular gods of horror (Carpenter, Cronenberg) inspire too much zealotry here: there’s a sequence where Aidan, Mia and Grace actually watch The Thing (and then the mildly less scary Jack Frost with Michael Keaton) for some family Christmas viewing. Let’s hope such heights of horror depravity still lie in this filmmaking team’s future.

The Lodge is a UK-US co-production by Simon Oakes and Aliza James (Hammer Films), and Aaron Ryder (FilmNation Entertainment). The world sales are handled by GEM Entertainment.

more about: The Lodge

As The Father wins this year’s Crystal Globe, we look at the representation of mothers on screen 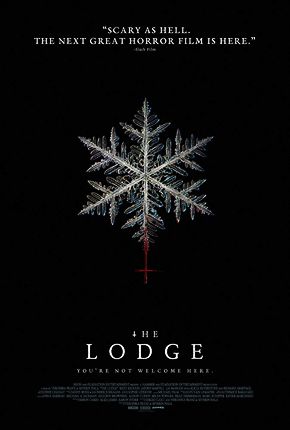 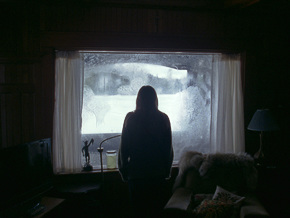