Review: My Little One

30/01/2019 - The latest film by Frédéric Choffat and Julie Gilbert, a huis-clos set in the freedom of the desert, was enthusiastically received by its Solothurn audience

Ruby Matenko, Mathieu Demy, Vincent Bonillo and Anna Mouglalis in My Little One

My Little One is a one-way journey to the heart of the Arizona desert, a cruel and delicate portrait of a trio of former lovers in search of the meaning of life. Two forty-year-old men, Alex (Vincent Bonillo) and Bernardo (Mathieu Demy) decide to depart Europe in order to meet up with Jade, a friend, former lover and adventure companion. Both were once madly in love with Jade, a love that still seems to burn strongly. Jade may have left long ago, but her presence has never left them. The two friends have since taken different paths: Alex moved to Paris while Bernardo opted for a more peaceful family life, with two children and an architectural firm in Geneva. But they are soon catapulted into the American Navajo desert. Confronted with the harsh reality of the Arizona desert and accompanied by Frida, Jade's wild-child daughter, the two friends soon find themselves face-to-face with old ghosts and the anguish of a future that no longer seems so certain.

The occasionally surreal landscape of the Arizona desert, a mysterious no man's land from which it is impossible to escape, becomes the central pivot around which this story develops. The desert itself almost becomes a character in itself, a spiritual guide towards the unknown. It is impossible to hide one’s true nature in a place where the sky seems to extend into infinity.

Alex, Bernardo and Jade (a great performance by Anna Mouglalis) must face their true nature and past mistakes, but above all, what the future holds. The desert (Navajo Reserve) – chosen by Jade to raise her daughter, Frida (the incredible Ruby Matenko) – welcomes our trio of lovers without judgment, pushing them towards a regenerating oblivion and an extreme setting from which it is impossible to escape unscathed. Their journey to the limits of their bodies and minds allows them to observe their own lives with a certain detachment and lucidity that is both scary and cathartic: what is the meaning of the word "freedom" at the age of forty? Have they managed to achieved the dreams of their youth?

Jade embodies the idea of freedom, a strong, mysterious and resolute woman who finds refuge in a place where she can be herself in complete desolation. Like Jade, Navajo Reserve follows its own set of laws and beliefs. And Jade’s daughter, Frida, has also been educated with the same values, free-spirited and disdainful of society’s rules. It matters little whether Frida is a girl or a child, an adult or a girl. What counts is her soul and the deep intimacy of her inner self.

The choice of soundtrack, a rock adaptation (by Yan Péchin) of Lhasa de Sela’s work, with the addition of a few electroacoustic pieces by the Kristoff K Roll duo, is very well matched.

My Little One was produced by Intermezzo Films (Geneva), RTS and Les Films du Tigre and is being released in Switzerland by Agora Films. International rights belong to Wide.

more about: My Little One

Review: It All Begins

Review: My Little One

The latest film by Frédéric Choffat and Julie Gilbert, a huis-clos set in the freedom of the desert, was enthusiastically received by its Solothurn audience 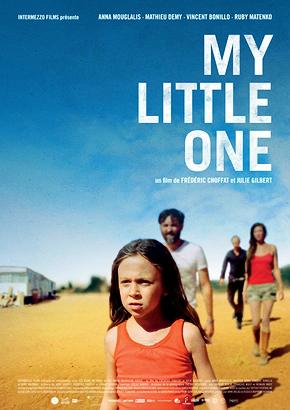 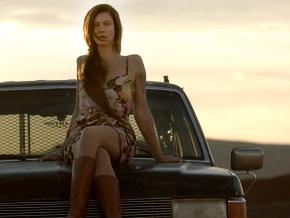 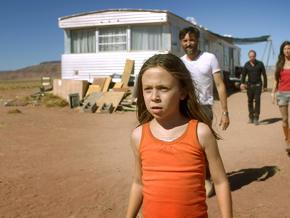 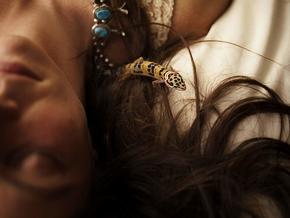 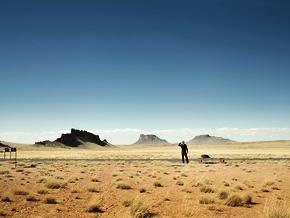