01/02/2019 - Dutch director Mijke de Jong’s new feature paints a portrait of a family in crisis, in which the private becomes public and the public becomes private

Dutch director Mijke De Jong's God Only Knows [+see also:
trailer
film profile] – presented in the Signatures section at Rotterdam Film Festival – is a very intimate film that focuses on a family composed of Thomas (Marcel Musters), an investigative journalist in the grip of a nervous breakdown, and two sisters, Doris (Elsie De Brauw) and Hannah (Monic Hendrickx), both highly committed to art and social affairs, but living a life in fragile balance.

The film begins when Thomas throws himself into a canal, the victim of yet another panic attack. With this opening scene, De Jong starts to paint a delicate portrait of the characters and their relationships to each other, allowing bitter, harsh conversations to play out on screen, as if they were written by Bergman for Autumn Sonata.

A portrait that metaphorically describes a generation in a state of crisis, a middle-age, cosmopolitan, cultured and committed one that feels powerless in the face of the miserable state of things: the nationalism prevailing in Europe, migrants dead at sea, climate change and art that has been irreparably compromised by power.

Added to all of this is the weight of their Christian faith, which mixes feelings of guilt with compassion for others, and leaves Thomas, Doris and Hannah in a perpetual state of crisis in the face of the choices they must make, both in their public and private lives. But this small family drama is not just about pain. In addition to various difficult conversations, there are moments of affection, and flashbacks, which appear throughout the film in the form of letters that tell another story, one when the protagonists were young and full of beautiful, hopeful ideas for the world. Almost every scene is set at the father's house – which has just been sold and has been invaded by boxes indicating an imminent move – located in a cold Amsterdam, at the heart of an increasingly broken Europe. Public spaces are represented by churches and migrant reception centres, places that represent forgotten humanity and are in urgent need of a new narrative, full of Christian mercy, which guides the protagonists towards a long-awaited finale.

De Jong sheds light on the fractures of a divided society, with the same realistic aesthetic of his previous films, Stop Acting Now and Layla M. [+see also:
film review
trailer
film profile], but with a few variations on the theme. In his latest film, De Jong tackles and neutralises Islamophobia via a now widowed Doris and her teenage son, whom she had with her Muslim husband. The film slowly fills with hope as the characters' cynicism begins to dissipate and fade, allowing the pieces of this family puzzle to fit together thanks to Hannah's photographs and Doris’ trip to Belgrade.

Mijke de Jong does well not to slip into conveying opposing strict, radical views, and instead explores the complexity of the characters' relationship with religion, with themselves and with others. The film’s two female characters gravitate towards Thomas, his anxiety stemming from his Christian faith and sexuality – a reflection of the wounds caused by this double life, and the driving force behind the human spirituality he directs at others.

The Dutch director also deserves praise for approaching mental health issues and vulnerability with a certain amount of sensitivity, in a touching portrait of a condition that is rarely tackled on the big screen – a true auteur.

God Only Knows was produced by Laurette Schillings, Frans van Gestel and Arnold Heslenfeld for Topkaki Films, which is also handling sales.

more about: God Only Knows

Dutch director Mijke de Jong’s new feature paints a portrait of a family in crisis, in which the private becomes public and the public becomes private 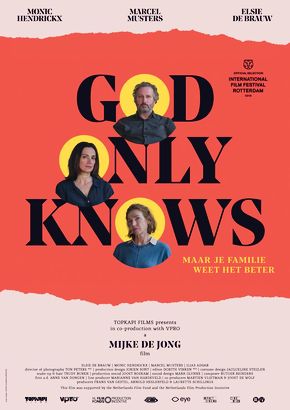 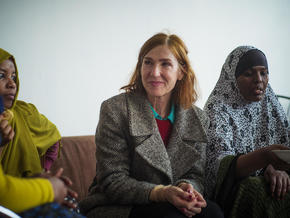 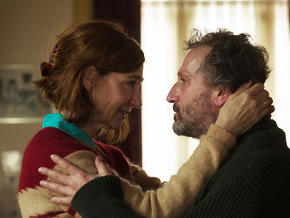 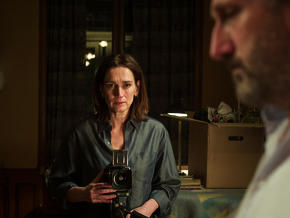 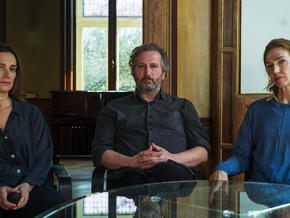