04/02/2019 - The new film by Spanish director Lluís Miñarro – an adaptation of the biblical tale of Salome, set in US-occupied Iraq – was presented in the Signatures section at IFFR

Ingrid García-Jonsson in Love Me Not

The long-awaited second feature by Lluís Miñarro, Love Me Not [+see also:
trailer
interview: Lluís Miñarro
film profile] was presented in the Signatures section at International Film Festival Rotterdam. Miñarro’s latest film is an adaptation of Oscar Wilde's biblical tragedy of Salome, in which the princess ardently desires the prophet John the Baptist and demands his head after he rejects her. The film is set in Iraq just before the Bush and Blair war and John the Baptist-Yokanaan (played by Mimosas [+see also:
film review
trailer
interview: Oliver Laxe
film profile] director Oliver Laxe) is sporting an orange prison uniform at the famed Abu Ghraib detention camp. The caption in the credits informs us that the film is dedicated to Douglas Sirk.

From this hardly reassuring introduction, the Catalan director develops a decidedly anti-militarist parable around various surreal dialogues and references that span the history of visual art, from De Chirico and Caravaggio to Luis Buñuel, the theatre of the absurd and genre cinema. Here we see the daughter of Herod, or Colonel Antipas in this film (Francesc Orella), whose desiring body is brought to life by Ingrid García-Jonsson; a body that often occupies every inch of the screen.  A lascivious and capricious princess who moves between soldiers with contrasting theories of cinema, war and sex in a pre-war atmosphere that takes the shape of a highly homoerotic sports bar.

But how best to define this unidentified object emerging from Lluís Miñarro's camera? A post-modern Tartars desert, drenched in early-2000s iconography, a perverse version of the millenium bug, the epochal battle between sex and spirit, war and peace, good and evil. "And yet, everything is confused," says the prophet Yokanaan, "good with evil, hell with heaven, freedom with prison," and Miñarro has fun inventing a stylistic fantasy never seen before on screen, transformed into a visual orgy that is both intoxicating and stunning. The absurdity of the American war myth is exposed to the constant mockery of nonsense comradery. Mexican soldiers defend democracy (sacrilege!), and civilization for export has already expired.

The film also stars Lola Dueñas (who plays Salome's mother following the success of Zama [+see also:
film review
trailer
interview: Lucrecia Martel
film profile]) and the film's most daring scene is a dream in which she morphs into a she-wolf (we can assume it's a she, given the context) who nurses eager zombie soldiers. Miñarro is clearly not familiar with the word taboo and for that we are grateful, in an era where justice has become puritanical and the politically correct has turned into self-censorship, the problem is sexual violence, not sex.

In short, an eccentric and liberating film and one that encourage us to condemn Salome for her barbaric request for the prophet’s head; an offering that is both an allegory of punishment and just punishment. The man who believed himself to be the prophet in order to reject Ingrid-García Jonsson is a mystery that couldn’t be explained with all the time in the world.

more about: Love Me Not

Interview: Lluís Miñarro • Director of Love Me Not

Three preview screenings and five features as yet unseen in France will unspool in Paris from 17-26 June, in the presence of their directors; a professional sidebar is also on the agenda

Reel Suspects pins its hopes on Denis Dercourt’s The Teacher

Standing proud on the Paris-based international sales agent’s Cannes line-up is the market premiere of the French director’s new film, which is a 100% German production

That’s a wrap on the shoot for Salir del ropero

Ángeles Reiné is directing her feature debut, a Spanish-Portuguese comedy about love in later life, sexual freedom and family members with varying degrees of tolerance

The new film by Spanish director Lluís Miñarro – an adaptation of the biblical tale of Salome, set in US-occupied Iraq – was presented in the Signatures section at IFFR

EXCLUSIVE: Trailer for Lluís Miñarro's Love Me Not 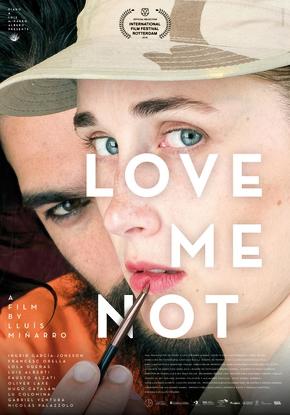 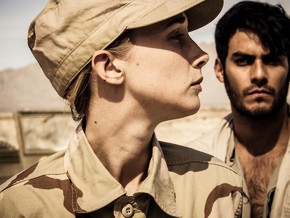