05/02/2019 - In her new documentary, Lina Maria Mannheimer is keeping up with the millennials

Lina Maria Mannheimer’s new film, Mating [+see also:
trailer
interview: Lina Maria Mannheimer
film profile], which world-premiered at the Göteborg Film Festival, in the Nordic Documentary Competition, is often referred to as a “project” throughout its brief running time, and that seems about right – instead of building a clear narrative, the Swedish director just goes with the flow of social media as she follows two young people and their online dating rituals. Things get messier when they actually meet for real and become infatuated with each other, then not, then infatuated again. Messier, but not necessarily more interesting.

The misadventures of Edvin and Naomi, punctuated by emojis and Skype calls, are simply too reminiscent of all the recent romantically inclined reality shows to say anything new about the ever-changing landscape of modern relationships. As they talk about their feelings – for some reason even when taking a shower – it would be hard to point out the exact difference between the tactics employed here and all those so-called “confession-cam interviews” honed to perfection by the likes of Keeping up with the Kardashians. Taken outside of the cinema, Mating would fit right in with those shows, as it’s nearly impossible to tell which emotions are staged and which are real.

It makes sense that two kids, fed a steady diet of Instagram and Tinder, would subconsciously mirror some of these behaviours, and even the supposedly romantic moments, like when they say their teary-eyed goodbyes or admire the moonlight, are allowed to unfold only after staging the perfect photo, to be adorned later with an appropriate filter. But while their conversations are just so 2019 (it would be interesting to see what a much older viewer would make of a comparison to an “inbuilt Snapchat filter”), in the end it seems that for all the incessant texting, Edvin and Naomi are just as confused as they were before.

Sharing the kind of explicit details that would make Philip Roth’s Portnoy happy, and yet completely clueless, they are nowhere close to figuring out if the new attraction is here to stay, with Edvin boasting about his newfound sexual confidence while Naomi turns to soul searching and jigsaw puzzles. “In eight days, they sent 3,000 messages,” the caption informs us, but if a frequent criticism levelled at films devoted to famous wordsmiths maintains that there is nothing as boring as watching somebody write, texting comes off even worse. As they get to know each other better, with the power struggle evolving just enough for everyone to get hurt, there are certainly a few scenes that seem a tad more honest. But it still appears as though they are the only ones who know exactly what happened, and perhaps those few moments happening off screen were also the most important. And maybe that was the point all along.

Mating was produced by Isabella Rodriguez and Mathilde Dedye, of Sweden’s French Quarter Film. It is being distributed locally by TriArt.

Focusing in on “digital natives” and their methods of human interaction, Lina Maria Mannheimer’s Mating presents an anthropological collage, largely created by her filmed subjects themselves

The gathering celebrates entering middle age in style, with its 30th anniversary edition swapping champagne and party hats for taking a closer look at the world

In her new documentary, Lina Maria Mannheimer is keeping up with the millennials 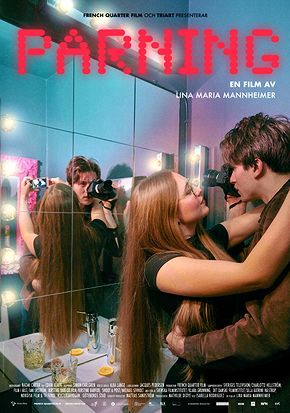 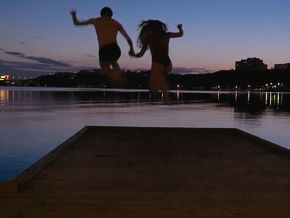