06/02/2019 - Dalia Kury puts three Syrian men in a cell for three days, in the hope that they will reveal truths about their time as political prisoners under the Assad regime

Playing in the Nordic Documentary Competition of the recent Göteborg Film Festival, Privacy of Wounds [+see also:
trailer
film profile] is the latest film by Oslo-based, award-winning director Dalia Kury (Possessed by Djin, 2015). Privacy of Wounds is a quasi-observational documentary in which three men – Hasan, Mazen and Khaldoon – who were political prisoners at various times during the ongoing Assad regime in Syria are put into a simulated cell together for three days. The cell has been constructed in the middle of Oslo, and Kury, who is an instrumental fourth character in the movie, watches what happens from an observation room, communicating with the men over a PA system and bringing the “prisoners” their food.

The situation is not an attempt at reconstruction in the manner of Raed Andoni’s 2017 Berlin Film Festival Best Documentary winner Ghost Hunting [+see also:
film review
trailer
film profile] or Erik Poppe’s U - July 22 [+see also:
film review
trailer
interview: Erik Poppe
film profile]. In Andoni’s movie, Palestinian men re-enacted being tortured and degraded by their Israeli occupiers at the infamous Moscobiya prison in West Jerusalem, while Poppe used real victims in his one-shot recreation. Kury’s simpler goal is to create a situation in which the former political prisoners can talk to each other on their own terms. She believes that the Syrian story, as told through the filter of the media, particularly by Western journalists, is different from the way these men describe their experiences amongst themselves. She wants to project the nuance and quality of what they say to each other in private onto the big screen. Her secondary goal is to discover what it is about these men that has enabled them to not only survive the trauma, but also to thrive in their new homes across Europe.

She doesn’t entirely succeed in this. Even if it is apparent that the tone of the conversation, the humour and the bonding between them lend a particular nuance to the discussion, and the way they speak is more emotional than the factual recounting of incidents seen in the news, the men seem so aware of the artifice of the situation and the cameras that it’s hard to determine whether they are truly being themselves or performing. That view would seem cynical, were it not for the fact that Kury’s position within the film is also troubling. She is omnipresent, watching the men on screens in a side room, delivering their food and talking to them over the PA, at one stage even directing them to wait before talking about torture. The three men are constantly aware of her glare. It’s also hard to gain a sense of time, but Kury’s decision to cut this film to a sprightly 70 minutes from the three days of footage she shot seems wise, given that a large part of this movie consists of three men talking in a room about events we do not see.

This hybrid documentary has a compassionate and humanist quality, one that has garnered it plenty of recognition: it was a candidate for the Norwegian Peace Film Award at the Tromsø Film Festival and is also up for Best Norwegian Documentary at the HUMAN International Documentary Film Festival. In the end, what is most striking and rich about the film is the resolute personalities of these three very different men, all with their own unique stories to tell, but united in their ability not to let their imprisonment and torture define them.

Privacy of Wounds was produced by Jonathan Borge Lie for Norway’s UpNorth Film (which is also handling the international sales), in co-production with France’s Cinéphage.

Dalia Kury puts three Syrian men in a cell for three days, in the hope that they will reveal truths about their time as political prisoners under the Assad regime 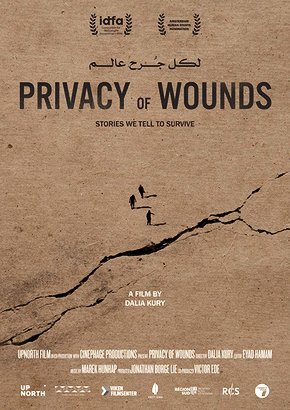 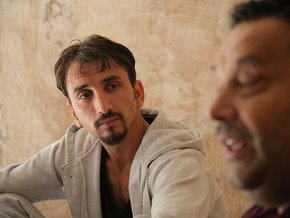