Sam Adewunmi in The Last Tree

Playing in the World Cinema Dramatic Competition of the recent Sundance Film Festival, The Last Tree [+see also:
trailer
interview: Shola Amoo
film profile] is a semi-autobiographical tale exploring questions of race, family and identity in modern Britain, told in an arresting and plaintive tone. It was written and directed by Shola Amoo, who made waves in 2016 with his multimedia fiction film A Moving Image, which employed documentary, fiction and performance art to speak about gentrification in Brixton, South London, an area that has seen many ethnic minorities and the working class pushed out by rising house prices.

Amoo’s sophomore effort is told in a more traditional cinematic style, starting with an introduction to young Femi (played by Tai Golding) as he runs across fields with his white friends in Lincolnshire. It’s a scene that is reminiscent of the joyful moment in Lynne Ramsay’s Ratcatcher, in which the protagonist runs through the fields at the happiest point in his life. The camerawork by Amoo’s regular collaborator Stil Williams places the emphasis on the poetic, which is a welcome change to the gritty realism with which many recent filmmakers have chosen to deal with the black urban experience. There is even a tribute to Spike Lee’s signature dolly shot at one moment.

Eleven-year-old Femi lives with his white foster mother Mary (an endearing Denise Black), and while being the only black face in the neighbourhood raises eyebrows, it’s an environment that feels safe. But Femi’s outlook changes when he is ordered to live with his birth mother, Yinka (Gbemisola Ikumelo), in South London. Her mode of parenting is matriarchal and authoritarian, and at school, despite the racial mix of the students, Femi’s African heritage sets him apart. No matter where he finds himself, he feels like an outsider. It’s baggage that he is still carrying around with him when the film jumps forward in time to a 16-year-old Femi (Sam Adewunmi) as he tries to reject his mother; but he also cannot find solace in the group of friends that he’s been pushed into.

Femi is a soft soul with an identity crisis. He listens to The Cure on his headphones whilst talking to his classmates about his love of Tupac and hip-hop. Another sign of Femi’s conflicted inner state is that he is attracted to other outsiders and falls for a girl, Tope (Ruthxjiah Bellenea), who has her own issues with race, identity and bullying, but who seems better able than Femi to confront them. Despite his nature, Femi is pushed towards violence. Amoo offers a beacon of hope in the guise of Mr Williams (an excellent Nicholas Pinnock), a teacher with an understanding of the pressures that Femi is under.

The movie constantly surprises, turning in unexpected directions and offering a psychological reinterpretation of the well-worn clichés of black teenagers on screen. The late detour to Lagos is also poignant and adds another emotional layer to Femi’s heritage, and although Amoo doesn’t always hit a home run, there is a complexity and a profound investigation that is often missing in similar stories of teen angst – and for that he should be commended.

The Last Tree is a BFI and GPM presentation of a Prodigal (UK) production, in association with Hartley Media Limited and Privateer Pictures. Its international sales are managed by Great Point Media.

more about: The Last Tree 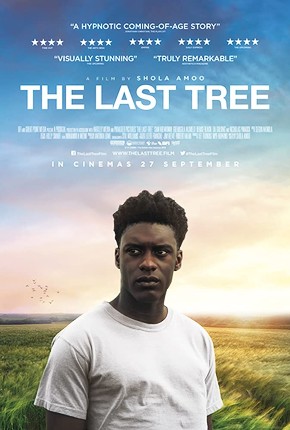 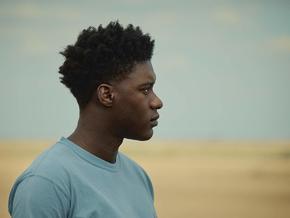