08/02/2019 - BERLIN 2019: Those who have longed for Lone Scherfig the auteur should look no further – but should also be a little careful what they wish for

Zoe Kazan and Tahar Rahim in The Kindness of Strangers

In 2001, Danish director Lone Scherfig blew into Berlin like a breath of fresh air. Her Dogme title Italian for Beginners was a darkly funny and warmly humanistic tale of lost souls in the sleepy Copenhagen outskirts who find their way back to life (and love) via an Italian language course. Scherfig’s first-rate cast and superbly balanced script helped it to win the Silver Bear, the Critics’ Award and the Audience Award. A little later, it was hailed as a masterpiece by Ingmar Bergman. Possibly just as good was the Scotland-set follow-up, Wilbur Wants to Kill Himself [+see also:
trailer
film profile], Scherfig’s first English-language venture. Since then, she has graced international productions like An Education [+see also:
film review
trailer
film profile], One Day and Their Finest [+see also:
film review
trailer
interview: Lone Scherfig
film profile] with her eminent directing, if not writing, skills, leaning towards feel-good fare, but not without a certain edge.

Eighteen years after taking Berlin, Scherfig the writer-director charges back into competition, ready, as it were, to take Manhattan – as a new handful of ragamuffins in dire need of guidance are spotted drifting about in sweet-and-sour Big Apple sauce. Because The Kindness of Strangers [+see also:
trailer
interview: Lone Scherfig
film profile], the 69th Berlinale’s (7-17 February) opening film, in many ways, is Italian for Beginners, metropolitan style. It’s also Scherfig’s first self-written script for 18 years.

And indeed, our dear beginners from drab Danish suburbia don’t seem so far away. Jeff, a sweet but hapless oaf played by Caleb Landry Jones, is the new incarnation of Anette Støvelbæk’s clumsy bakery attendant, and David Dencik may as well have inherited Jesper Christensen’s mouldy housecoat, unwashed since 2000, playing a similar role as a chain-smoking grump. Timofey (Bill Nighy) is the reluctant restaurateur who owns The Winter Palace, run by Marc (Tahar Rahim), a well-meaning but unfortunate ex-con, aided inadequately by his lawyer friend John Peter (Jay Baruchel). This crowd of amiable imps are gathered around domestic-violence refugee Clara (Zoe Kazan) and emergency nurse-cum-group therapist Alice (Andrea Riseborough) as, respectively, the story’s Snow White and Fairy Godmother, of sorts. A real ogre also rears his pretty head, belonging to the handsome Esben Smed as Clara’s abusive husband. The couple’s two little boys (the wonderful Jack Fulton and Finlay Wojtak-Hissong) are also affected. The big question here is: why can’t people just be kind?

In short, those who long for Scherfig the auteur, rather than Scherfig the craftswoman, should look no further, but they should also be a little careful what they wish for. Last time around, she was governed by Dogme rules, forging an intimate relationship with her subjects. Without such constrictions (including a wall-to-wall musical score that makes Gone with the Wind feel a bit lo-fi), you may get more Scherfig than you bargained for. Or you may enjoy the work of a filmmaker who knows the difference between quality and kitsch, and sometimes – damn it – likes to mix the two. Like sometimes even Bergman did.

The Kindness of Strangers is a Danish-Canadian-Swedish-French-German production. It is a HanWay Films, Ingenious Media, Apollo Media Inc, Entertainment One presentation, with Film i Väst, Unlimited Stories, Nadcon Film, D'Artagnan SAS, Arte France Cinema, of a Creative Alliance and Strada Film production. Its international sales are handled by HanWay Films.

more about: The Kindness of Strangers

BERLINALE 2020: Philippe Falardeau's Margaret Qualley- and Sigourney Weaver-starrer is a disappointing and bland start to the 70th edition of the Berlin Film Festival

With the support of the Västra Götaland County, the regional film fund has announced a pilot incentive programme to attract international co-productions and give a boost to the local industry 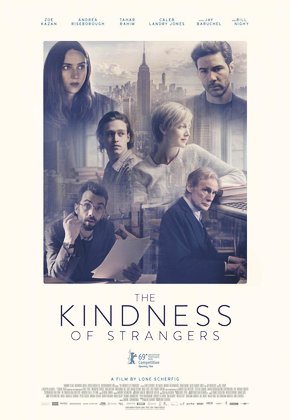 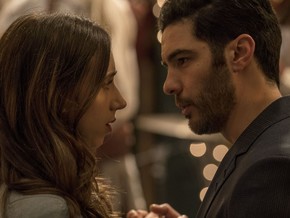 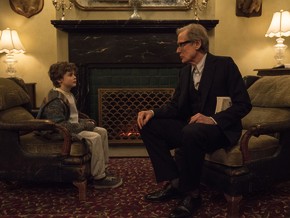 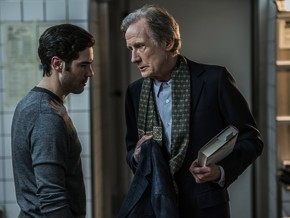 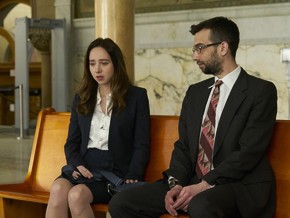