10/02/2019 - BERLIN 2019: This documentary about two Cuban boys was born from the minds of three untiring researchers, the Argentine Pablo Briones and The Moving Picture Boys

In his first foray into the world of feature films, the Argentine director Pablo Briones has chosen to collaborate with two American colleagues who go by the name of The Moving Picture Boys, both of whom have already worked extensively in the film industry before (Nashville 2012 and The Ballad of Shovels and Rope). Baracoa [+see also:
trailer
film profile] was presented at the Berlinale in the Generation Kplus section.

Self-defined as "non-fictional narrative directors," The Moving Picture Boys tackle 'reality' cinema with a vital clarity, offering us glimpses of lives they have pieced together according to a narrative and aesthetic logic that by no means affects their films’ authenticity. It’s in a similar vein that Pablo Briones has decided to collaborate with them on a film about the everyday lives of two Cuban boys: Antuán, thirteen, with his unassuming gaze and explosive temperament, and Leonel, aged nine, a lean, reserved and sensitive boy.

Exclusively interested in the inner lives and the identity building of their two protagonists, the directors deliberately keep their families and other social relations on the film’s margins (or rather, absent). This absence causes us to wonder – before Leonel's mother's voice crops up from a chaotic kitchen – whether or not the two kids live alone. Just like a nurturing crib, Antuán and Leonel’s friendship comes to life before our very eyes, revealing how the two boys’ personalities complement each other, as the story unfolds, as well as the differences that risk distancing them from each other once the magic of childhood disappears.

At first, Antuán and Leonel’s friendship develops exclusively outdoors, in the arid expanses of Pueblo Textil, where abandoned and apparently worthless objects lie motionless, before being transformed into mysterious and intriguing toys thanks to the boys' imaginations. Characterised by a summer laziness that inhabits every shot, the first part of Baracoa obliges us to follow a daily rhythm imposed by Antuán and Leonel, punctuated by discoveries both big and small, muffled noises and a daylight that slowly trails off into the darkness of night. A night full of meaning that materialises in the frightful cave that the two boys decide to explore together.

It’s as if reaching the heart of the cave allows the boys to reveal desires that they had not previously expressed (such as Antuán’s departure for Havana with his father and Leonel’s desire for childhood security), and their journey back to the light seems to have changed them for good. From that moment onwards, the two friends, who are always filmed together, begin to appear in separate shots, until Antuán’s final and sudden departure.

The friends meet again in Havana, but things are nothing like they were before. The magic of childhood has gradually been replaced by a stereotypical masculinity (revealed during a pillow fight at Antuan's father’s flat) in which any expression of true emotion no longer seems welcome.

Baracoa is a film about friendship. It’s a delicate portrait of personalities that are battling between their own nature and the expectations of society and their peers. The desire to belong and to be recognised is so strong that it masks a certain sensitivity, one that the film magically succeeds in unearthing. A delicate and determined film, just like the protagonists’ personalities.

BERLIN 2019: This documentary about two Cuban boys was born from the minds of three untiring researchers, the Argentine Pablo Briones and The Moving Picture Boys 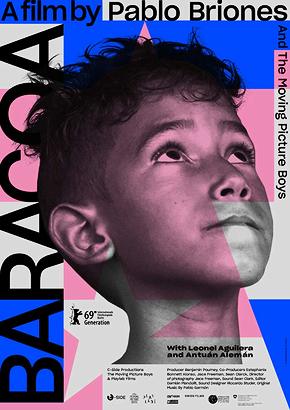