09/02/2019 - BERLIN 2019: Nora Fingscheidt’s first feature, presented as one of four German-language films in competition at Berlin, sets the bar high and is powerful in terms of both form and content

Celebrating its world premiere at the 69th Berlinale (7-17 February), System Crasher [+see also:
trailer
interview: Nora Fingscheidt
film profile] by young German filmmaker Nora Fingscheidt is a very relevant social drama, perfectly photographed and boasting an intelligent, authentic and compelling script. It won the Works in Progress Award at Les Arcs in December and is a very promising contender for the Golden Bear. In the same way as she did in her equally excellent documentary Ohne diese Welt (winner of the Max Ophüls Prize in 2017), she captures her characters with sensitivity, steering clear of judging them or offending their dignity.

Benni (Helena Zengel) is a wild nine-year-old girl who has suffered a trauma that causes panic attacks and regularly results in violent assaults on herself and others. Since her single mother, who has to take care of her two younger siblings, is unable to cope with her, the government’s childcare services are in charge of her and try to find a favourable environment for her. As she is passed between foster parents, various shelters and even hospitals, it becomes clear that there is no permanent solution that will work. Despite the tireless efforts of social worker Mrs Bafané (Gabriela Maria Schmeide), things do not improve. Her last hope lies in Micha (Albrecht Schuch), an experienced coach for intractable young teenagers, whose job is to accompany Benni to school. Their relationship develops into a very intense one, and after they’ve spent a few weeks together in the forest, a turning point appears to be on the horizon.

A “system crasher” is the unofficial denomination for children who won’t fit into any existing structure. Even though everyone does their utmost and treats her with empathy, Benni needs an extremely demanding amount of support – far more than a regular civil servant is able to offer. This frustration is palpable at any given moment during the two-hour film, and at several points, viewers may find themselves wishing that the story would finally end, as it is so painful to follow these highly expressive and authentic characters. But one defeat unfolds after another, and sometimes things just don't end well.

Still, System Crasher is able to convey a lot of warmth and even some childlike serenity. Young actress Helena Zengler (who was also present at last year's Berlinale, appearing in the German feature Dark Blue Girl [+see also:
trailer
film profile] by Mascha Schilinski) turns out to be a force of nature and a real master stroke for the film. Her performance is incredibly nuanced, reflecting highly convincing sentiments of anger, kindness and despair. All of the supporting adult roles are also played very believably, particularly those performed by Albrecht Schuch and Gabriela Maria Schmeide.

Fingscheidt explains her decision to use a nine-year-old girl by stating that she wanted to avoid an overly simplistic categorisation, so as to make the debate more complex. She doesn't depict a child hitting puberty and therefore avoids dealing with a “normal” period of childish rebellion. And Benni is deliberately a person with character, one who does not conform to the cliché of the “sweet” little girl. System Crasher is a film that is very difficult to forget; it leaves the viewer feeling uncomfortable and shaken. On the formal level, we are also presented with a coherent and striking piece of work. The camerawork by Yunus Roy Imer brings us close to the energy of the actors and really sucks the viewer into the on-screen action.

System Crasher is a production by Kineo Filmproduktion and Weydemann Bros, in co-production with Oma Inge Film and ZDF/Das kleine Fernsehspiel. It is being sold internationally by Beta Cinema.

The specialised conference on film and media music is running for the first time during the Zurich Film Festival, as part of ZFF Industry 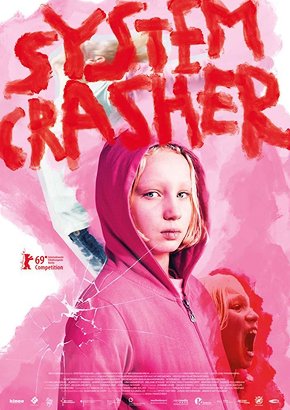 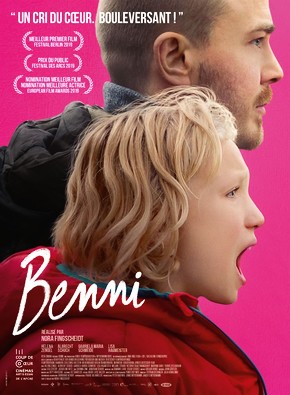