10/02/2019 - BERLIN 2019: Fatih Akin’s new film is expertly made, but it’s also one of the most heinous and gory movies that have ever played in competition at a major film festival

Jonas Dassler in The Golden Glove

Imagine if Lucian Freud and Mike Leigh got together to make a serial-killer movie, and then Quentin Tarantino turned up to play some vinyl to accompany the scenes of rape and murder, and you basically have Fatih Akin’s competition entry at the 69th Berlin Film Festival. Set across several years in the 1970s, The Golden Glove [+see also:
trailer
interview: Fatih Akin
interview: Jonas Dassler
film profile] is based on the 2016 German literary sensation of the same name by Heinz Strunk. The book’s brilliant prose found empathy with notorious murderer Fritz Honka, who killed several people in Hamburg.

The titular Golden Glove is a dank pub full of old, miserable alcoholics that Honka used to frequent, just off the Reeperbahn, an area that the Beatles famously frequented before they found Ringo Starr and worldwide fame. Akin presents us with a prostitute-filled, drug-ridden version of St Pauli’s red-light district. This is the German seaport town still reeling after being reduced to rubble in 1943, and the only thing saving these characters from the ennui of the grave is the beverage sloshing around in their shot and pint glasses.

The band of personalities that frequent the pub are expertly drawn by Akin’s script and fantastically rendered by his regular cinematographer, Rainer Klausmann. The guys sat at the bars have nicknames like "Anus", "Cola Rhum Waltraud" and "SS Norbert", leering at the old prostitutes and junky women sitting at the tables. There is a clear similarity between them and the ugly-beautiful gang in Tod Browning’s Freaks. The emphasis is on the horror, and the close-ups make it seem like these figures are about to punch us square in the face. They even fight for fun – especially the women.

And then there is the game-changing performance by Jonas Dassler as Honka. Akin saw a likeness between the Remscheid-born actor and Honka when he was at the Bavarian Film Awards, where Dassler scooped the Best Young Actor gong for his performances in both Julia Langhof’s LOMO: The Language of Many Others [+see also:
film review
trailer
film profile] and Lars Kraume’s The Silent Revolution [+see also:
film review
trailer
film profile]. Dassler is a beast: the prosthetic make-up caked on his face has adorned him with a journeyman boxer’s nose, the teeth of a skeleton and the scars from a night out with Freddy Krueger. The physicality of his weight sees him move across the screen like Quasimodo. We first meet him, arse in the air, looking over the body of the old, obese woman he has just slaughtered. His flat is a pigsty. There are pictures of naked girls on the wall, there are dolls – and don’t even think about going into the toilet! He wonders for a while whether to chop up the body, after he struggles to carry it down the stairs. And this is one of the more pleasant scenes. Honka is a character that makes Michael Rooker’s Henry and the butcher from I Stand Alone look like nice guys. We see him at home, in the Golden Glove and at his job as a night watchman.

This is the brutal, ugly, episodic story of a killer, and Akin makes sure that he does not glorify Honka – by making him and his world so dark, so painful and so disgusting that it’s almost too savage to watch. Even the firemen vomit at what they see. It’s a movie for those with a strong constitution; it’s expertly made, but it’s also one of the most heinous, bloody and gory films that have ever played in competition at a major film festival – and it might be advisable to bring a sick bag.

The Golden Glove is a German-French co-production. It is a Warner Bros Pictures presentation of a bombero international, Warner Bros Film Productions Germany and Pathé production. Its world sales are handled by The Match Factory.

more about: The Golden Glove

"Acting is for me to be there with your partner"

BERLINALE 2020: German actor Jonas Dassler, one of the 2020 Shooting Stars, talks to us about his work experience

"They say this film is against women, but it's people who haven't seen the film saying that"

BERLIN 2019: Fatih Akin talks to us about his new film The Golden Glove, one of the most heinous and gory movies that have ever played in competition at the Berlinale 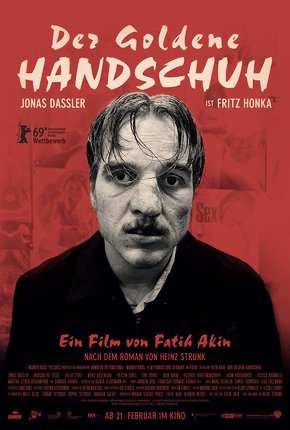 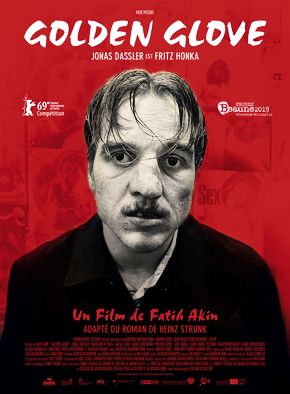 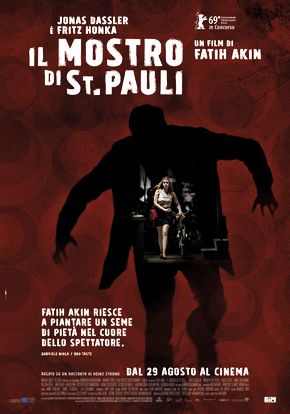 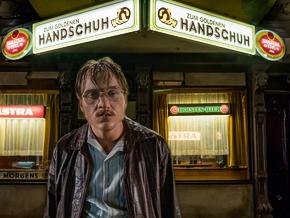 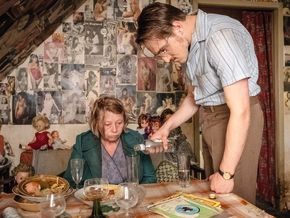 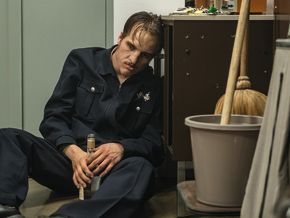 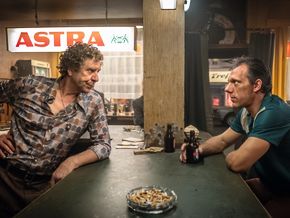 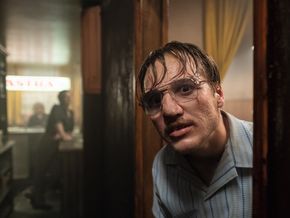 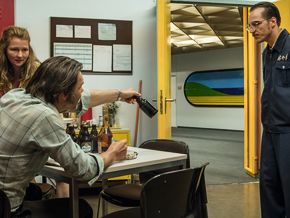 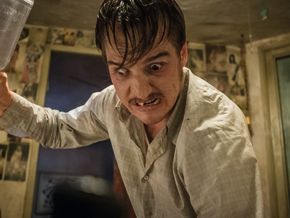 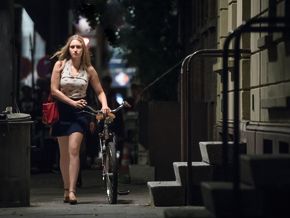 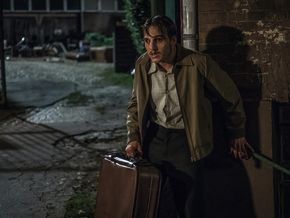 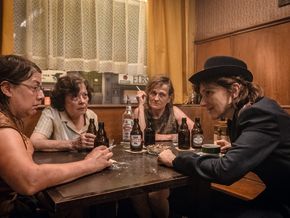