Review: The Miracle of the Sargasso Sea

The long-awaited new movie by Greek filmmaker Syllas Tzoumerkas (Homeland [+see also:
trailer
film profile], A Blast [+see also:
film review
trailer
interview: Syllas Tzoumerkas
film profile]), The Miracle of the Sargasso Sea [+see also:
trailer
film profile], has finally arrived in the Panorama of the 69th Berlinale. Focusing on two women and exploring issues of identity, belonging, family and missed opportunities, but also reflecting on various social, historical and political themes, the film has many plus points and features several impressive segments but, in the end, does not fully manage to wrap up its ambitious story.

In the thriller-like prologue, set in 2008, we meet Elisabeth (Angeliki Papoulia), a respected detective who, after declining to frame a terrorist group on which the police can't find enough evidence, ends up as the chief of police in the small seaside town of Mesolongi. Ten years have passed, and we find her waking up with a hangover next to her lover, Vassilis (Argyris Xafis). She has a teenage son and a fairly advanced alcohol addiction.

In Mesolongi, we meet the other heroine, Rita (actress and co-writer Youla Boudali), a defeated woman with little dignity, who works in an eel hatchery. Her wild, cocaine-fuelled brother Manolis (Christos Passalis) is a failed singer who performs in the local club. The first encounter that we see between them already points to a dynamic of dominance and submission, with possibly incestuous undertones.

This small town appears to be populated by an unexpected number of weird and colourful characters. When Elisabeth takes her son to a dinner at a friend's place, we realise that Vassilis is married and that his wife is aware of the affair. On top of that, district attorney Andreas (Laertis Malkotsis) comes to the dinner with his mute brother Michalis (Thanasis Dovris), who has not had a bath in seven months – much to the delight of Elisabeth's impressionable teenage son.

One night, Manolis gives a particularly crazy performance in the club, bringing a humiliated, tearful Rita onto the stage to sing with him, and ending up insulting local Albanians. The next morning, after a night of drink- and drug-fuelled debauchery, he is found hanged from a palm tree on the beach. And the increasingly anxious and unstable Elisabeth starts an investigation.

There is much to admire in Tzoumerkas' new film. Some of the early scenes, as well as some near the end of the movie, have an epic quality, thanks to Petrus Sjövik's cinematography and Jean-Paul Wall's orchestral score, as well as the dirty Athens setting and the corrupt beauty of the coastal town. Scenes of Elisabeth's dreams, which overlap and mix with those of Rita's, with their biblical imagery and unique visual style, transcend the film's primary themes and add a mystical layer. Dedicated performances, especially Papoulia's and Boudali's, provide a powerful, dramatic gravity. But the sheer number of characters and various branches of the storyline undermine the build-up to the denouement, which comes via a DVD containing some unsavoury amateur videos, so the finale feels somewhat half-baked. The metaphor of the Sargasso Sea, where eels go to reproduce and die, and that of the Mesolongi Exodus during the Greek War of Independence in the early 19th century, would have provided an interesting frame – if the film had offered a complete picture to fill it.

The Miracle of the Sargasso Sea is a co-production between Greece's Homemade Films, Germany's unafilm, the Netherlands' PRPL and Sweden's Kakadua Filmproduktion. Poland's New Europe Film Sales has the international rights.

more about: The Miracle of the Sargasso Sea

With a selection of 35 projects, including the new efforts by Jan Komasa, Fien Troch, Selma Vilhunen and Syllas Tzoumerkas, the 18th edition of the co-production platform is going digital 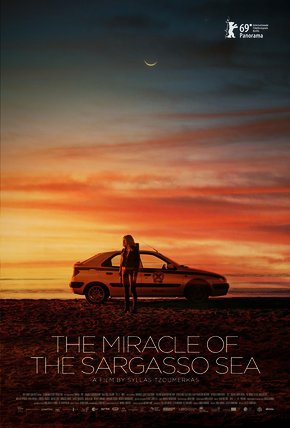 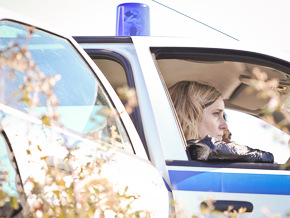 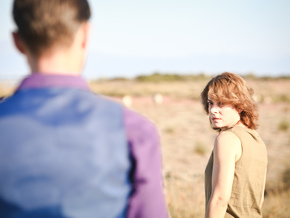 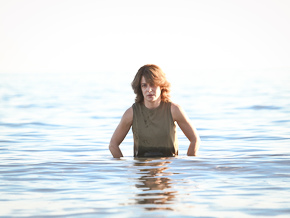