10/02/2019 - BERLIN 2019: In his first feature, Frank Beauvais offers up an intimate confession, an illustrated journal of sorts, adorned with an incredible profusion of images borrowed from a myriad of films

"I discovered a form of intoxication in my solitude which, little by little, transformed into vertigo”. By retracing one pivotal year in his life in a wild therapeutic style which takes the form of a cathartic journal, French filmmaker Frank Beauvais has quite literally put his body and soul into his first feature film, Just Don’t Think I’ll Scream [+see also:
trailer
film profile], unveiled in the Forum section of the 69th Berlin Film Festival. And to illustrate his experience as a man laid bare, a portrayal which sits half-way between depressive misanthropy and hyper-lucidity, the filmmaker, who we might call an ultra-cinephile (he also programmes experimental sections at a number of film festivals), has chosen to use an infinite number of shots (often barely a few seconds long) taken from a multitude of films that he has watched. These are detail images, the provenance of which is, more often than not, almost impossible to identify, right up until the impressive closing credit roll which lists these borrowed materials. A masterful example of "pillage" and editing which gives meaning to each and every moment of the story; a story which shows equal virtuosity in its voice-over, where literary qualities meld with a keen understanding of description vis-a-vis the reality of a man who is in disarray and who is wondering whether this entire project which revolves around his “fatal attraction for films which act as aesthetic bastions against the hideousness of the world” might not simply conceal “a Machiavellian construct designed by my morbid mind to justify my crazed love of film”.

Trapped and alone in a small Alsatian village - a "beautiful, isolated place where comings and goings are monitored from behind net-curtains” - ever since the breakdown of a romantic relationship six months earlier, Frank Beauvais recounts his day-to-day life from January to October 2016. A recluse (aside from healthy walks in the forest), he gets by selling old music albums, DVDs and books online. Every day, and particularly every night, he takes refuge in three, four or even five films: "I quite literally submerge myself in films about others. I lose all desire to write, to film, or to do anything else. My nest becomes a cage, my refuge a prison. And these films about others are no longer windows, but mirrors."

A confused mix of disgust for himself and for the world, total powerlessness, and violent angst fills the daily routine of his life, subtly agitated by echoes of a state of emergency and threatened security, by memories of his hated father who came to him to die, by the sunny intervals afforded by friendly faces passing by, or by short forays into the French capital and Lisbon. The possibility of returning to live in Paris the following autumn brings a change to his horizons, but even this will fail to free him from the depths of his morbid addiction to “placental obscurity”…

There is real genius in Beauvais’ ability (propped up by Thomas Marchand in the editing room) to craft a film which is “personal” in the full sense of the word. A fascinating work, Just Don’t Think I’ll Scream is also the expression of a suffering and self-centred soul, whose perception of others sometimes borders on contempt for the intelligence of these faceless, manipulated masses. But as it’s precisely in the study of excess and neurosis that the director’s artistic fire burns brightest, we’ll forgive him his bouts of “hatred” and see in them the reflection of an artist who, to all intents and purposes, has been skinned alive and whose exceptional, multifaceted talent has struggled to find a space for its (out-measured) self in a world where Beauvais has tried to live, in the hope that this first feature film will help the director better decipher the path of light.

BERLIN 2019: In his first feature, Frank Beauvais offers up an intimate confession, an illustrated journal of sorts, adorned with an incredible profusion of images borrowed from a myriad of films 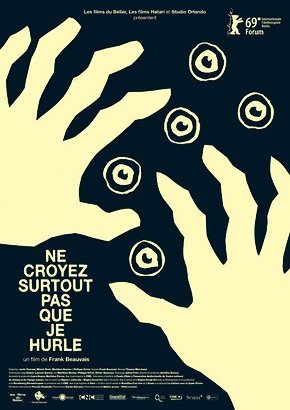 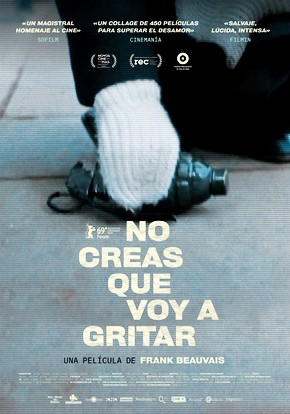 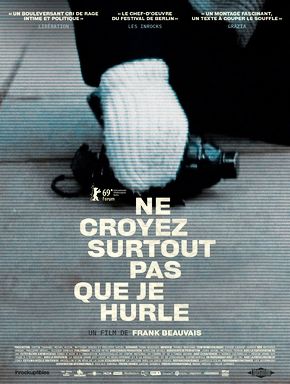 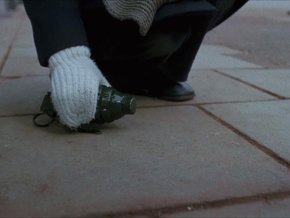 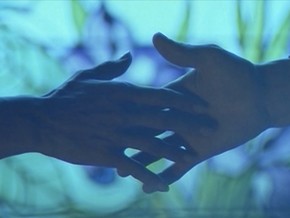 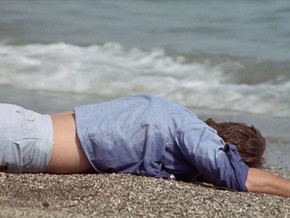