“I’m definitely not studying tourism,” says Barcelona girl Marta, on the verge of turning 18, in front of a group of tourists and her father, Manel, a veteran travel agent. They’re in Senegal, where Manel wants to check out some hotels, having decided to bring Marta and her younger brother Bruno along. Divorced from their mother for years now, he feels it’s the perfect opportunity to spend some quality time together and to do some “all-inclusive” catching up.

In Staff Only [+see also:
trailer
interview: Neus Ballús
film profile] by Catalan director Neus Ballús, screening in Panorama at the 69th Berlinale, Marta (Elena Andrada, a true natural in her first-ever part) is less than thrilled by stuffy safaris and folkloristic spectacles. Her mood brightens immediately when a group of native children turn up, but she is soon dragged away in order to partake in some “traditional” farming routine. Bruno complains about the “shit internet”, the rest of the group are senior citizens with big bellies and/or bad perms, and Manel won’t even let Marta have a mojito. One day, she hears some cool local hip-hop when entering her hotel room, where one of the maids, Aissatou, is enjoying a nice bit of music on her phone while she cleans. As fate would have it, Aissatou forgets the phone for Marta to find and return, and they soon form a bond. Marta also gets acquainted with Khouma, a guy who shoots little films of the tourists for them to buy as souvenirs. With two new friends close to her own age and from outside of the highly restrictive resort area, Marta has crossed the “staff only” threshold into the real world.

And it’s not the world that she’s used to, her agitated father warns her. “It’s chaos: you’re white. We’ve got to stick together.” But Marta refuses to be intimidated. She “plays hooky” from bingo night at the hotel and hits the night scene, and she even takes some of her father’s money to buy Khouma a new camera. And, sure enough, chaos ensues: the question about being white or black is raised, and the matters of whether or not to stick together, be intimidated and do the right thing all crop up.

Ballús’ follow-up to her debut feature-length docudrama, The Plague [+see also:
film review
trailer
film profile], takes on a more traditional narrative structure but includes intricate layers that intertwine nicely. Basically, it’s a coming-of-age story about a young almost-woman and a not-quite-there father who awkwardly tries to show who’s in charge (played wonderfully by Sergi López, one of the film’s very few professional actors). The post-colonial setting, with the two different sides of the fence looking across it with both anticipation and frustration, gels perfectly with the story, addressing the problems but also the possibilities. And despite her initial reluctance, one hopes that someone with Marta’s astute outlook will actually get involved in tourism one day.

more about: Staff Only

BERLIN 2019: We interviewed Spanish director Neus Ballús to talk about her second feature Staff Only, screened in the Panorama section

Even before the Spanish release of her second film, Staff Only, the Catalan director is already shooting her third, a comedy starring non-professional actors 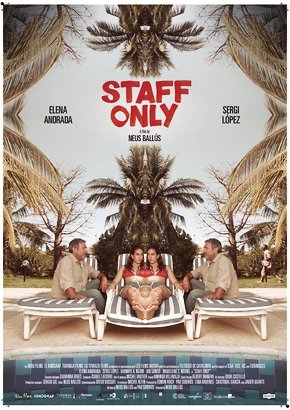 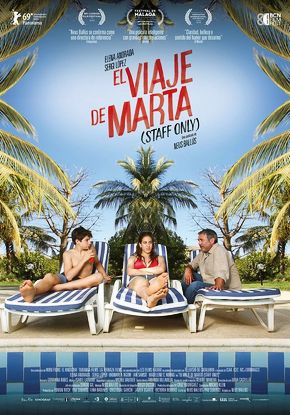 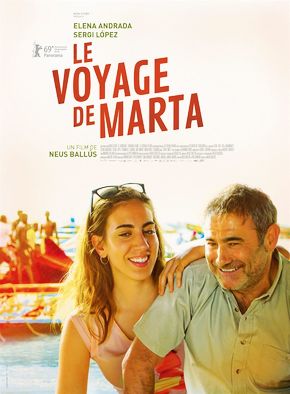