12/02/2019 - BERLIN 2019: Agnieszka Holland’s beautiful film links Orwell to the powerful story of the only journalist to denounce the Stalinist regime, despite strong opposition

Little is known about the Welshman Gareth Jones, a young foreign policy adviser to Lloyd George who first interviewed Adolf Hitler on a plane before beginning an investigation into the Soviet Union in the winter of 1933, going on to be only journalist to write about the terrible Holodomor famine in newspapers, a historical event that went on to decimate millions of Ukrainians – resounding and murderous proof that Stalin’s model system, which was praised so highly both on national soil and around the world thanks to propaganda and censorship, was in fact a terrible tragedy.

This particular story is told by Agnieszka Holland in Mr. Jones [+see also:
trailer
interview: Agnieszka Holland
film profile], which is competing at the69th Berlin Film Festival, two years after the Polish director won the Silver Bear and Alfred Bauer Awards for Spoor [+see also:
film review
trailer
interview: Agnieszka Holland
interview: Zofia Wichlacz
film profile]. And she does so by imagining that Jones' courageous gesture inspired George Orwell (Joseph Mawle) to write Animal Farm, who serves as the common thread running through Andrea Chalupa's screenplay, which sees Orwell sat at a table writing his famous novel – the original preface of which openly criticised the self-censorship practiced by the British press, which acted as a Soviet "ally." Playing Jones’ (James Norton) nemesis is Walter Duranty (Peter Sarsgaard), who is invited to Moscow on behalf of the New York Times by Stalin himself, quite a topical character given the cowardice and corruption of modern-day media and the power of misinformation.

After an introductory few scenes in Britain that see the government in denial following Jones' premonitory warnings about Hitler, followed by a long train journey to Moscow, which is encapsulated by one thunderous and brilliantly noisy clatter of the railway lines (and one that evokes the ridiculous task involved in travelling down the phone network to tap into telephone conversations), we are projected into a world that consists of foreign reporters who are cleverly controlled by the Soviet authorities. It is an ostentatious world, full of parties, lust and gargantuan banquets, and one that represents the only image of the USSR that journalists are allowed to see and depict in their articles.

But all of this opulence and hubbub is cruelly cut short by the grievous misery and silence of death that Gareth Jones soon discovers in the second half of the film, and which sees his smooth skin and good looks give way to a wrinkled, grey expression. Indeed, as soon as he leaves the false luxury of the Soviet Union and throws himself into the chilling cold of the Ukrainian winter, he begins to sink, at the risk of his own life, into an empty country that really does represent death itself, where grey emaciated corpses and frozen bodies are piled onto frightful funeral wagons (even a baby ends up on the pile with its late mother, practically dead) and where Jones regularly encounters the bluish emaciated faces of people who are prepared to eat their own dead relatives, faces that will continue to haunt him in the final part of the film, when he returns to Britain. Upon his return, he feels that it his moral duty to make his voice heard, despite various individuals desperately trying to smother him, however, his voice stays with us until the end of the film – yet further evidence of the film’s beautiful sound work.

The film is technically flawless, despite being somewhat classic and lengthy in nature, but the story itself is so powerful and the indignation that results from Jones' descent into horror – a process described by Holland as a passage through the various circles of hell – is so suffocating that we won't be forgetting what he witnessed in Ukraine in a hurry.

Mr. Jones is a co-production between Film Produkcja (Poland), Crab Apple (UK) and Kinorob (Ukraine). International sales are being handled by the London outfit WestEnd.

BERLIN 2019: We met up with Polish auteur Agnieszka Holland to talk about untold stories, journalism and the power of cinema in the context of her competition entry Mr. Jones

“Arthouse cinema is not a niche in France, it is a real industry”

BERLINALE 2020: In her new film, Agnieszka Holland finds herself a new real-life hero. And then makes him human 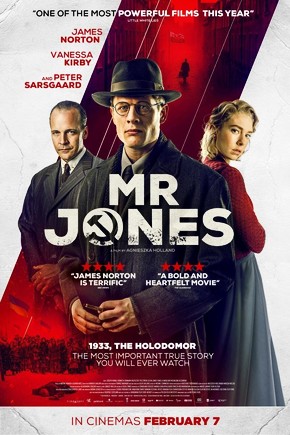 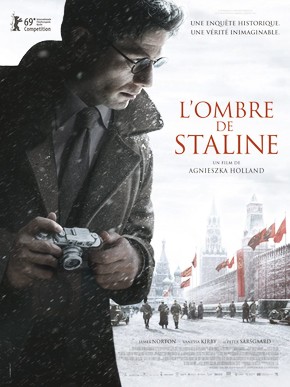 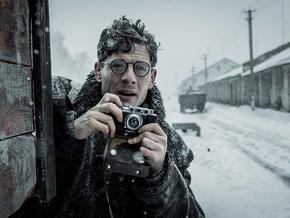 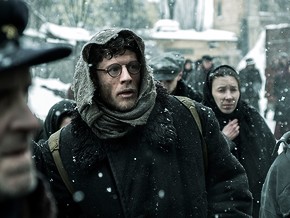 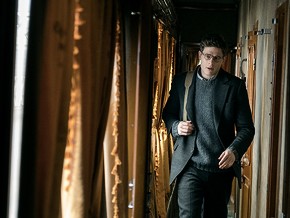 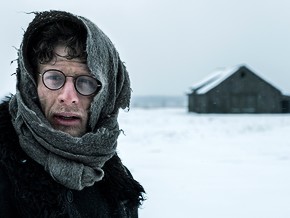 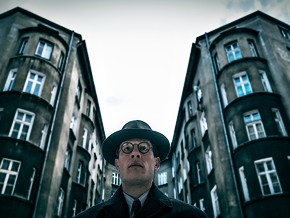 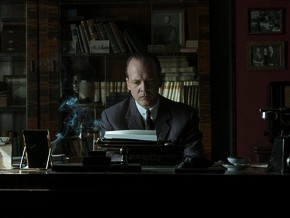 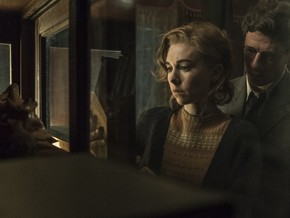