The title of the first feature-length documentary by Sudanese filmmaker Marwa Zein, Khartoum Offside [+see also:
trailer
film profile], inevitably brings to mind another film about women and football in an Islamic country: Jafar Panahi's beautiful Offside (2006). While in that film, women masqueraded as men to enter the stadium and watch a game, in Zein's lively, touching and, at times, poetic documentary, the heroines are fighting for the right to play and form the national women's football team. The movie has just world-premiered in the Forum section of the 69th Berlinale.

The film opens with a narrative title saying, “In Sudan, under Islamic military rule, women are not allowed to play football, or make films, but…” This creates some initial confusion in the viewer, as the scenes that follow clearly negate this introduction, and we see several women – some of them with their heads covered and some without – actually playing football on an improvised pitch. Although the film does not give us any temporal specifics, the press notes reveal it was made over the course of five years, which implies that the rules may not have been too strictly enforced, or that they changed during this time.

But this socio-political-humanistic issue takes a back seat to the lives, beliefs and wishes of the protagonists. Out of the five main characters, the one who is the most prominent and apparently the most enthusiastic about the sport is Sara, a curly-haired girl whom we never see with her head covered. She is a big Barcelona fan, and is very interested in getting women's football recognised and institutionalised in a country that is in constant turmoil. Her bright eyes and wide smile light up the screen whenever Zein's camera is trained on her.

As she jokes with her friends and would-be teammates about how tough it must be to execute a header with a scarf on, we realise that these women have a freedom inside themselves, despite the fact that the male-dominated, religious society they live in is trying to limit them in many ways. The overall vibe of the film is actually quite positive and often jovial, and Zein's camera vividly captures moments of camaraderie in the sunny, dusty streets of Khartoum, but also of the girls' drive to secure the chance to compete with players from other countries.

It's not that they do not speak of politics; there are several discussions in the film dealing with the secession of South Sudan and the question of why Sudan is in the Arab League. "We're Muslim, but we're African, not Arab," one of the girls reasons.

Among the predominantly fast-cut, dynamic scenes of dialogue or actual football matches, there is one beautiful, poetic segment in which Zein's camera closes in on one of the girls’ naked bodies, in detail shots that actually reveal very little beyond the texture of the skin. They may be football fans living in a strictly patriarchal Muslim society, but what the protagonists are, above all, is young women, well aware of their sex and bodies, and the need to empower them and protect them.

Khartoum Offside is a co-production between Sudan's ORE Productions, and the Norwegian and Danish branches of Stray Dog Productions. ORE has the international rights. 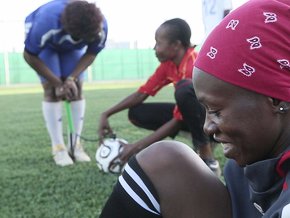 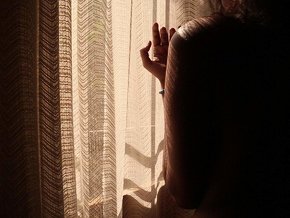 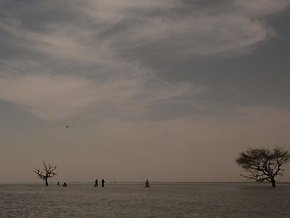 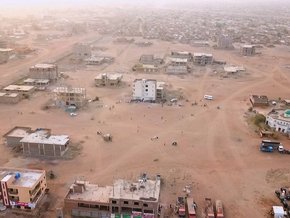 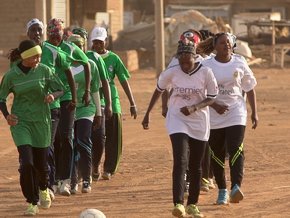 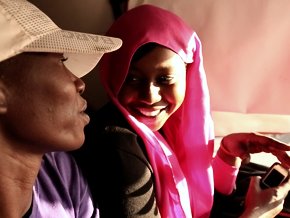