13/02/2019 - BERLIN 2019: Angela Schanelec directs a non-narrative film-essay about existence, the body and art, which gradually abandons its coldness and embraces reconciliation

Jakob Lassalle and Clara Möller in I Was at Home, but...

Despite a title that evokes the beginning of a classic narrative, almost as if to announce an event, I Was at Home, but... [+see also:
trailer
interview: Angela Schanelec
film profile] by the German director Angela Schanelec (Marseille, Afternoon, Orly [+see also:
film review
trailer
film profile]), in competition at the 69th Berlin Film Festival, does not really revolve around a plot. The three dots aren't a sign that a plot is about to unfold, they indicate suspension. In fact, the "plot" has already occurred when the film begins, when the young Phillip (Jakob Lassalle), 13, returns home, as if nothing has happened, after being missing for a week and most likely camping out in the woods. His disappearance plunged his household (composed of his mother Astrid, played by Maren Eggert, and his little sister, Clara Möller) and the teachers at his school into a state of anxiety, which becomes existential upon his return home, and expresses itself via a series of cold and silent "living" paintings – many of which don't involve any dialogue, just urban white noise in the background.

Lonely, practically motionless bodies wander about, paralysed, as if they are no longer able to find their place among space and urban architecture anymore – contrary to the animals we see at the beginning. The family’s household balance has been thrown off kilter, and now all human and social interactions about Phillip are bent out of shape (just as one bends a bike wheel out of shape). Words being to lose their meaning, such as when Astrid uses the word radiator to describe the teaching body. These malfunctioning individual roles, that relate to somewhat artificial relationships and situations, are echoed in a play in which Phillip's peers act out scenes from Hamlet, almost without moving and with monotonous voices. In this context of stasis, "to be" doesn't include "to become", but rather "not to be."

It’s only Phillip who is relaxed and warm towards others, but at one point, the film hints that the death of Phillip's father, some time ago, followed by the resumption of a "normal" life, led him to embark on a solitary journey, which probably allowed him to find reconciliation. The first encounter to break the lack of communication and distance that dominates the film is one between Astrid and a man who has had a tracheotomy and whose words are inaudible. Astrid reluctantly participates in a conversation in order to return a bike that she has just bought from the man and which is broken. But the man refuses to concede to her desire to completely erase the transaction, the exchange. An epiphany occurs shortly thereafter, preceded by a release of a flurry of speech in a rather amusing scene that sees Astrid embark on a torrential tirade about the inauthenticity of a director’s artistic approach, despite said director remaining even-tempered throughout the confrontation. Their conversation ends with a question, "Where do we go from here?" to which Astrid answers, "Nowhere, I live here."

Schanelec’s I Was at Home, but... is a philosophical essay on existence and art that fails to bore viewers, despite its static elements, thanks to a certain intelligence that leaves room for humour and which slowly hacks away at the film’s coldness from start to finish.

I Was at Home, but... was produced by Nachmittagfilm (Germany), in co-production with Dart Film (Serbia). The film's international sales are being handled by Deutsche Kinemathek.

Interview: Angela Schanelec • Director of I Was at Home, but...

“My humour doesn’t have a punchline”

BERLIN 2019: We talked to German director Angela Schanelec about her polarising film-essay I Was at Home, but..., shown in the main competition

BERLINALE 2020: Alexander Kluge and Khavn co-direct a rock opera on consumer societies and the rise of xenophobia in Europe, reinterpreting the myth of Orpheus and Eurydice 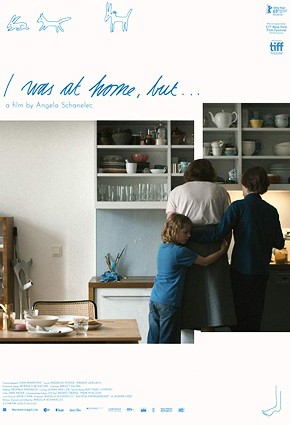 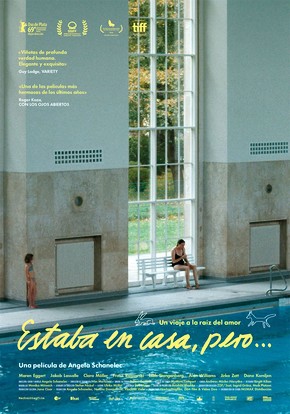 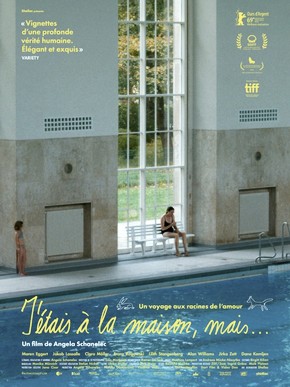 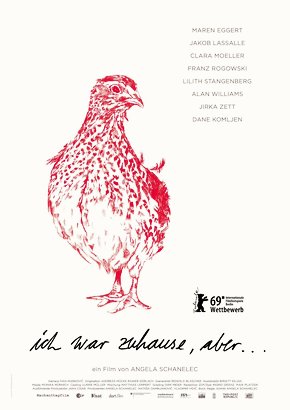 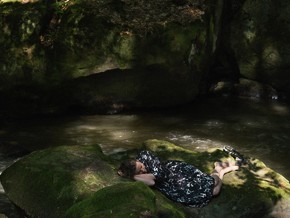 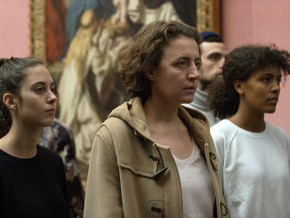 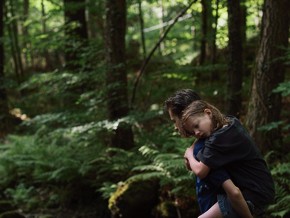 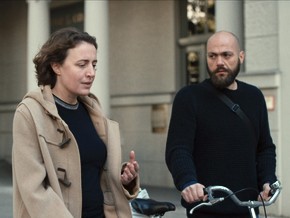 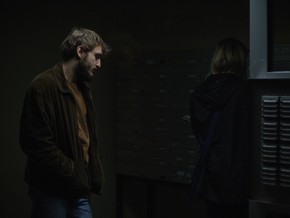 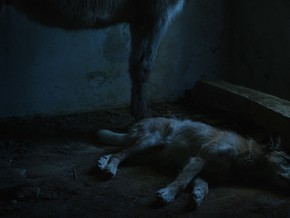