Review: The Boy Who Harnessed the Wind

14/02/2019 - BERLIN 2019: Twelve Years a Slave star Chiwetel Ejiofor successfully makes the leap behind the camera for this remarkable real-life tale

For his directorial debut, Oscar-nominated actor Chiwetel Ejiofor faced the challenge of how to present Africa on screen. Cinematic history has taught us that this seemingly easy challenge is too much for many directors. The Dirty Pretty Things [+see also:
trailer
film profile] star has adapted The Boy Who Harnessed the Wind [+see also:
trailer
film profile], written by William Kamkwamba and Bryan Mealer, for the silver screen. It’s playing at the 69th Berlin Film Festival as a Berlinale Special screening, following its debut at Sundance.

The book and the film are inspired by the remarkable true-story logline of how Kamkwamba, when he was a 13-year-old boy at the start of the new millennium, saved his village in Malawi from famine by building a windmill out of spare bicycle parts, a tractor fan blade, an old shock absorber and some plastic pipes, flattened by being held over a fire.

A lesser film would have taken the easy option of turning this story into a feel-good tale of “African boy done good”, beating the odds to the sounds of a pumping orchestral crescendo and ensuring everyone leaves the cinema feeling inspired by the highs of human tenacity and spirit. Films such as Queen of Katwe highlight the pitfalls of this approach, where fundamental structural problems are whitewashed in the quest for tills to ring at the box office – and in the end, movies like this only succeed in making eyeballs roll and nurturing resentment that cinema continually fails to show the intricacies and the sheer breadth of African life.

While the feel-good story is there, Ejiofor wraps it into a look at the complex and omnipresent socio-economic structures that define village life in Malawi, which keep the “poor Africans” in their place. We thus see Kamkwamba (Maxwell Simba) overcoming the obstacles placed in his path, from his determination to go to school despite not being able to afford the fees, to his refusal to believe that his future is pre-determined to end with him working the land. It’s a place where corrupt politicians put self-interest and their own pockets ahead of the good health of the people. It is a patriarchal society, and Kamkwamba is in a constant battle of wills with his father, Trywell, played by Ejiofor himself, whose performance is guided by that resolute confidence that comes with believing that one knows the situation better than everyone else.

On a social level, we see that the times are changing when Kamkwamba discovers that his sister (Lily Banda) is having a secret liaison with his schoolteacher (Lemogang Tsipsa). All of a sudden, the remarkable story is not about the windmill any more, but about the possibility of beating the system, of living a life that is greater than the one we are told is possible, in which the enemy may not even be your father, but rather the structures of global capitalism.

The tone of the film emphasises the epic quality of the story, even as it eschews triumphalism. In not over-telling the story and feeding emotions to the audience, Ejiofor embraces ambiguity and travels down tight alleyways where he can raise difficult and perplexing issues. The director treads the delicate line between the occasionally conflicting needs to entertain and to represent a greater truth. When faced with the choice between these two dramatic foes, Ejiofor usually comes down on the side of the latter, which is the more interesting option. His Africa is a place full of emotions, contradictions and socio-economic problems, but it’s also a world where hope exists and endeavour can be rewarded. In fact, it’s just like everywhere else.

The Boy Who Harnessed the Wind is a UK-US co-production. It is a BBC Films, Participant Media and BFI presentation of a Potboiler production, in association with Head Gear, Metrol Technology, EcoNet, LipSync and Cornerstone Films. Cornerstone is also in charge of its international sales.

more about: The Boy Who Harnessed the Wind

Review: The Boy Who Harnessed the Wind

BERLIN 2019: Twelve Years a Slave star Chiwetel Ejiofor successfully makes the leap behind the camera for this remarkable real-life tale

The Boy Who Harnessed the Wind adaptation starts principal photography 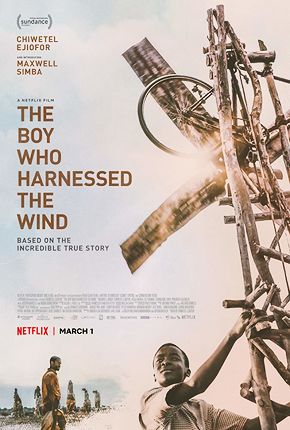 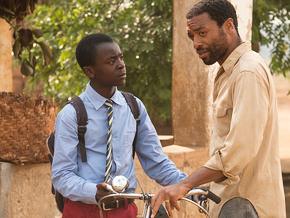