It’s about art, but is it art? Any which way, Years of Construction [+see also:
trailer
film profile] by German artist-director Heinz Emigholz, screening in Forum at the 69th Berlinale, is one of those experiences that everyone should regularly be treated to at a film festival, a 93-minute cleansing bath before getting back to the Deneuves, Binoches, Fatihs and Stellans. Even with a few shots of drying paint, this journey is not boring and is well worth taking.

In 2012, the prolific artist-director was offered a very special project by the Kunsthalle Mannheim art museum. The beautiful Art Nouveau-style building, erected in 1907 (and rightly listed and protected as a historic monument), with an additional wing built in 1983, needed refurbishing, and the 1983 wing would now be torn down and replaced. Would Emigholz be interested in documenting the full process, from start to finish? Indeed he would, and the less he knew, the better, “because what interested me, as the core of the project, was the process of construction, of renovation, of demolition and of reconstruction, as well as the necessary repetitious loops of an accompanying contemplation”, reads the director’s statement.

And that is exactly what we get in Years of Construction, “appendix”-titled Photography and Beyond – Part 29 (in an ongoing concept started by the director in 1974). As “2013” appears on the screen, shots of the Friedrichsplatz fountains outside the museum are shown, during the day and at night, performing their aquatic ballets. Gradually, the camera moves towards the museum building, documenting the façades, and then goes inside. It enters the soon-to-be-replaced wing, where the last exhibition is still on. The artworks are displayed in the gloom, paintings that deserve light hang in dim rooms with small windows, and some of the larger sculptures almost go through the low ceilings. This will all change. Into storage goes all the artwork, and as the year reads “2014”, the wing is demolished.

Years of Construction has been created with meticulous methodology. Emigholz works with a static camera, with each shot running for approximately four or five seconds, accompanied by real-time sound. In more or less exactly 1,000 such shots, he completes the process. As the year “2018” pops up, the brand-new wing, composed of concrete, glass and steel, is opened – the artworks are in place, and the visitors are able to soak it all up, surrounded by plentiful light and space. Outside, birds sing, the fountain continues its water play, and city life goes on the same as it ever did. No dialogue or voiceover has ever been heard.

From 29 March, Years of Construction will be presented at the place of its origin – the Kunsthalle Mannheim’s new wing – as a spatial film installation. As a big-screen experience, it’s an intriguing and meditative look into “the mystery of the human spirit and of human activities”, as the director himself so insightfully puts it.

Years of Construction was produced by Heinz Emigholz Filmproduktion and Kunsthalle Mannheim.

more about: Years of Construction 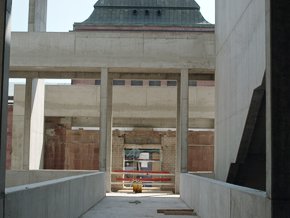 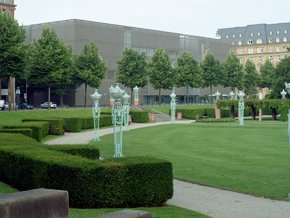 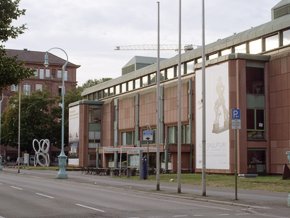