Review: Heimat Is a Space in Time

14/02/2019 - BERLIN 2019: Thomas Heise’s latest documentary masterfully splices together some highly varied material in its exploration of the way in which life stories and history relate to each other

A school essay on war, images of a torn-up highway, love letters read aloud, labour camps, children’s drawings and photographs all come together in German director Thomas Heise’s latest film. A collage of documents from the director’s personal archive, and black-and-white shots of landscapes and some of the places they refer to, Heise’s new documentary, Heimat Is a Space in Time [+see also:
trailer
film profile], which celebrated its world premiere in the Forum section of the 69th Berlin International Film Festival, carefully pieces together the story of three generations of the filmmaker’s family – a story that mirrors over 100 years of German history.

In its exploration of the way in which biographies and history relate to each other, Heimat... primarily makes use of photographs, letters and diary entries (read in voice-over by Heise himself). Shown on screen and presented in chronological order, the personal documents are never directly commented on by the voice-over. Yet a glimmer of a context emerges through their accumulation, the order in which they are exhibited and the film’s eloping to some of the places they refer to. Compelled to help fill in the gaps, the viewer is left to ponder the missing links, to picture the continuation of the love affairs described, and to identify the senders of the letters from among the people shown in the photographs.

Mentions of ordinary events interweave fluidly with details on significant historical happenings. The correspondence presented in the film covers over 100 years, starting before World War I, continuing through the Nazi era, depicting life in East Germany and almost taking us into the present day. The letters talk of first loves, separations, deportations and watching one’s children grow. Piecing together the information, we learn that Heise’s grandfather Wilhelm married Jewish Viennese sculptor Edith Hirschhorn, who joined her husband in Berlin. Unwilling to leave Austria, her parents stayed behind and were deported 1942. The filmmaker’s father, Wolfgang, was in the labour camp in Zerbst, his mother Rosemarie grew up in the decimated city of Dresden, and Thomas himself was born in East Berlin.

Heise loosely positions these documents from his personal archive in relation to black-and-white shots of the places they mention, as they look today. We see a platform at Berlin Ostkreuz station, the labour camp in Zerbst, and the stairs that lead down to the Schönhauser Allee Metro station. Vienna is shown only by means of a tram ride, the footage filmed inside the vehicle, looking out through a rainy window. But Heimat... also shows us the shadows cast by windmills on trees, piles of earth and branches (perhaps a visual condensation of Heise’s attempt to grasp history by departing from material remains), and all sorts of disrupted pathways: the crumbling asphalt of a highway, and railways parting and finding each other again, just like the people whose letters we see and hear.

A monumental film, judging by its construction, thematic range and duration (nearly four hours), Heimat Is a Space in Time admirably avoids presenting history as a well-rounded story, instead inviting its viewers to reflect on what led from one event to the other.

The movie was produced by Ma.ja.de. Filmproduktion (Germany) and Navigator Film (Austria). Its world sales are being handled by Deckert Distribution.

more about: Heimat Is A Space in Time 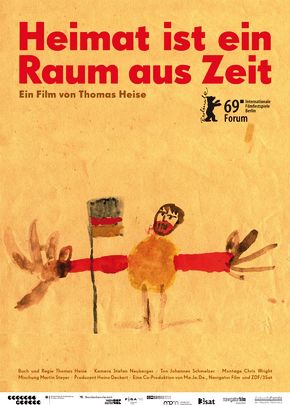 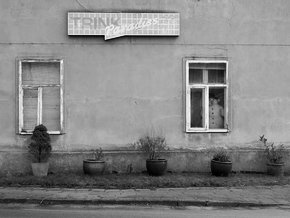 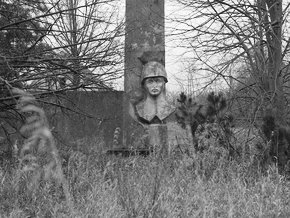 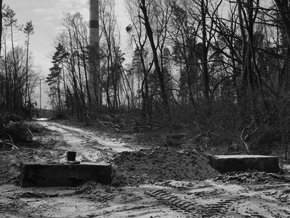