15/02/2019 - BERLIN 2019: Nadav Lapid offers an indescribable yet totally brilliant variation on the theme of "An Israeli in Paris"

It is often when nearing the end of Berlin Film Festival that the competition section gifts us with a surprise, and this year has been no exception, thanks to the brilliant, one-of-a-kind film (despite its title) Synonyms [+see also:
trailer
interview: Nadav Lapid
film profile] by Nadav Lapid. The fact that this lush and devilishly precise film cannot be entirely adequately described other than by the film itself is most definitely to its credit, but since we’re going to give it a shot anyway, perhaps it's best to start with the film’s main character, Yoav (Tom Mercier), an Israeli who arrives in Paris with a deep disgust of his warlike country, and with a strong desire to become French and to be buried at Père Lachaise cemetery, wandering through the city streets with an "extensive" pocket dictionary in hand.

We’re in Paris, roaming around various boroughs, and visiting a series of apartments, starting with one in which Yoav suddenly finds himself alone and naked in an empty room. He then wakes up in another chic apartment belonging to Émile (Quentin Dolmaire, the hero of My Golden Days [+see also:
film review
trailer
film profile] by Arnaud Desplechin) and Caroline (Louise Chevillotte, the young lover in Lover for a Day [+see also:
film review
trailer
film profile] by Philippe Garrel), who have picked him up half dead from the cold and will soon become his friends, his protectors and receptacles for his stories throughout the film. From this moment onwards, we enjoy various quirky, literary and wild scenes and conversations, all of which are perfect in themselves.

And yet the film as a whole is articulated around a solid axis (and we're not talking about the significant presence of the totemic symbol of Yoav's Israelianity, which he carries around, attached to his body in the film’s various nude scenes): Yoav's plan of transforming himself into a French citizen, which he embraces soul and body (because despite its delightful dialogue, the film is also intensely physical), leading him to come face-to-face with his own national identity over and over again. He soon establishes a strict, almost military-like regime, but his discipline is regularly broken by explosions of desire, rage and despair (be it fighting, running or dancing) that betray the inner struggle between where he comes from and what he wants to be.

Unless the discord comes from the fact that in order to expel the binary system of his home country from his entire body, he proceeds in an equally dualistic way, completely rejecting one identity for the other, based on radical beliefs about his home country and chosen country (whereas, as the course he takes during his naturalisation process suggests, both French and Israeli citizens would be considered foreigners in any other country). The irony being that in the class in which Yoav is trying to learn to be French, he ends up being subjected to a French game of "true or false."

Lapid, meanwhile, decides not to limit himself cinematically or in terms of cinematography. Close-ups, medium-long group shots, diverse and varied angles, immaculate white backdrops, night scenes, colours, moving and still images: he draws on the entire dictionary of cinema, without falling into incoherence, in fact, it's quite the opposite. In order to best describe his film, it’s perhaps appropriate to employ a set of antonyms: exuberant yet precisely controlled, intellectual yet robust, Synonyms is all of these things at once, and that is why it escapes definition.

BERLIN 2019: We met up with the Israeli director Nadav Lapid to talk about Synonyms, in competition at the 69th Berlin Film Festival

“We believe Israeli cinema has much more to offer to the world, and that co-productions and collaboration are the best way to enable this”

We found out more about the role of the fund in Israeli cinema, the importance of co-productions for the local industry, and the significance of collaborations between Israel and Europe

“The film business is a people’s business”

Produced by Les Idiots, sold by Be For Films and starring Aurélien Gabrielli and Louise Chevillotte, the filmmaker’s first feature will enjoy its premiere in Berlin's Panorama line-up

The Israeli director, who won the Golden Bear at Berlin, is to head up the jury composed of 27 young European film aficionados that will hand out the GdA Director’s Award 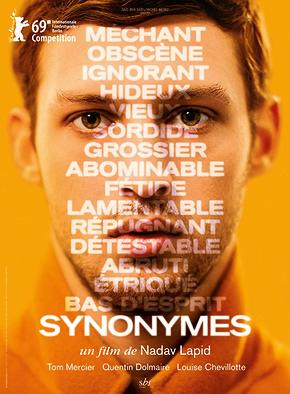 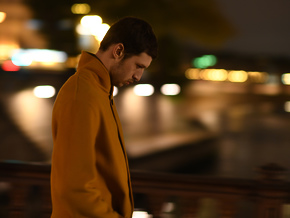