15/02/2019 - BERLIN 2019: Santiago Loza presents his new, crazy but somewhat loveable film in the Panorama section – but it might have been a better fit in the Shorts programme

Romina Escobar in Brief Story from the Green Planet

You would be forgiven for thinking that the title Brief Story from the Green Planet [+see also:
trailer
film profile] suggests that Santiago Loza – who is returning to the Berlinale Panorama after presenting La Paz in the Forum in 2013 and Malambo, the Good Man in Panorama in 2018 – has made an environmentally themed film. But actually, said title is a little inaccurate, if not misleading. The protagonists of the film are “a bit odd”: they are a humankind of their own, which makes them stronger and more vulnerable at the same time.

Tania, Daniela and Pedro have been friends since childhood; they were bullied by other kids, but that experience helped them to form a strong and lasting bond. They are an undefeated trio that continues to brave life’s challenges several years later. When Tania’s grandmother dies, the gang heads to their hometown to pay their respects, face the narrow-minded locals and uncover the secret of the late old lady. It’s not a love affair kept under wraps for years, or a long-lost relative: it’s a creature from another world, quite literally. And so the “human aliens” add the actual alien (who mostly seems to lie in some sort of coma, like Sleeping Beauty) to their group and continue their journey together.

Despite the plot unfolding organically – at least in the first half of the film – and its undeniably loveable characters, Brief Story from the Green Planet gives you the impression of being an overly stretched-out short film. The idea works really well, no matter how strange the ET part may sound, and there is no hint of cheap, DIY science-fiction. However, in the second part of the movie, the speedy tempo grinds to a halt, and the excessively long scenes suggest that the makers had no concept of how to progress with the story or the characters. Some melodrama creeps in, too.

Apart from the curious extraterrestrial, the most eye-catching and intriguing character is Tania (played by Romina Escobar), who quite frankly deserves a film all of her own – in this life or the next, as a certain Roman gladiator would say.

more about: Brief Story from the Green Planet

The Brazilian debut feature has been added to the Italian sales agent’s slate, while Brief Story from the Green Planet continues its hot streak

The Open Reel is ready for Cannes

Brief Story from the Green Planet is featured in ACID, and the debut feature by Galicia’s Jaione Camborda, Arima, is the latest addition to the Italian sales agent’s Marché du Film slate

Independent films will unspool on the sidelines of Cannes; the nine movies comprise five fictions and four docs; Pierre Trividic and Patrick-Mario Bernard are the most prominent names

The French director’s debut film was presented as a work in progress at Sofia Meetings, while the sales agent’s doc Cinema Morocco has won at Guadalajara and inked a deal with Al Jazeera 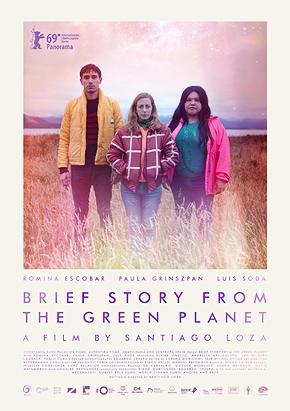 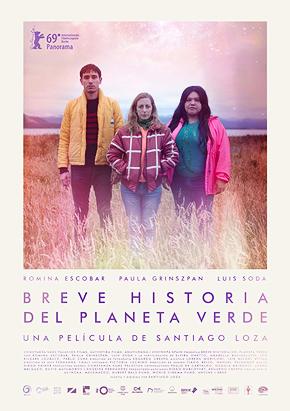