Review: A Dog Barking at the Moon

This being a Chinese-Spanish co-production, it is reasonable to assume that Xiang Zi’s A Dog Barking at the Moon [+see also:
trailer
film profile] was named with the famous Joan Miró painting in mind. The dog in the painting barks at the moon, which, in turn, looks quite indifferent. There’s an empty ladder in a corner and a blurry bird in motion, possibly being scared away. None of the characters seem to interact; maybe they just happened to wind up inside the same frame.

Similarly, there’s plenty of lost interaction and communication in Chinese writer-director Xiang Zi’s debut feature, screening in Panorama at the 69th Berlinale, which she produced with her husband, Barcelona-born José Val Bal, who also handled the cinematography. Autobiographical elements are suggested in that one of the main protagonists, Xiaoyu, returns to China with a European husband for a family reunion. In fact, both “family” and “reunion” may be optimistic euphemisms here: we have a resigned (in all senses of the word) father, a rather hateful mother and an increasingly perplexed daughter – all of them disconnecting within the frame that life has confined them to.

As the closet doors gradually creak open, the skeletons start cropping up: the father’s same-sex attractions have caused great unrest, as has the mother’s miscarriage before the birth of her daughter – especially owing to the fact that the baby was to have been a son. “A fortune teller once told me my own daughter would become my nemesis,” is a golden oldie from the broken record that the mum likes to put on. She has also joined a “Buddha” cult, devoting the lion’s share of her day, and money, to a cause that seems curiously and quite appallingly un-Buddhist in its intolerance of insight and free thought.

With fine subtlety, Xiang Zi’s script sheds light on current as well as recent traditions and complexities, not least the so-called “one-child policy” programme that was in effect at the time of Xiaoyu’s birth and was abolished only a few years ago, the general wish of all Chinese parents to have a son, rather than a daughter, in order to pass on the family name, and of course, the touchy subject of homosexuality in modern (but definitely not ancient) China. Some of the thorny topics here may pose a challenge to the Chinese distribution of the film and may also explain the European involvement: at least these days, a synopsis, rather than a full script, has to be submitted to the censorship authorities. In this case, they seem to have approved a story that deserves to be told.

And to be seen. Shot in only 18 days, A Dog Barking at the Moon is quite an accomplished achievement, beautifully shot, acted and otherwise executed by all involved. The film’s non-linear timeline provides snapshots of yesteryears, shedding further light on how things came to be. Like the Miró painting, it’s light-hearted as well as dark and, sometimes, more than a little surreal. It’s also funny, sad, uproarious, tender and thought-provoking. Another Chinese-Spanish co-production would be more than welcome one day.

A Dog Barking at the Moon was produced by Acorn Studio (China) and co-produced by Granadian (Spain).

more about: A Dog Barking at the Moon

Review: A Dog Barking at the Moon 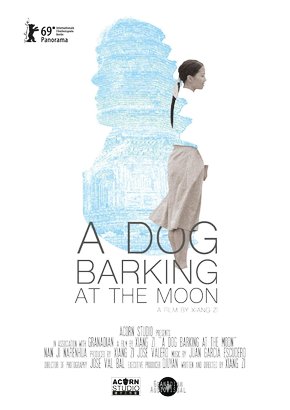 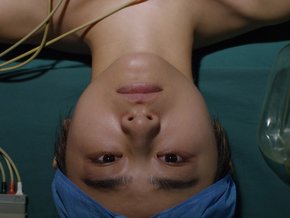 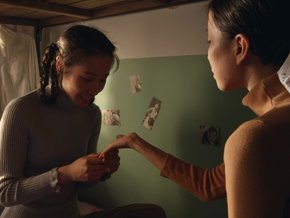 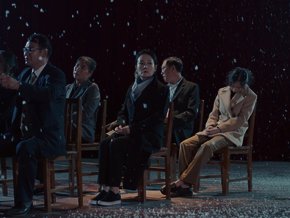