BERLINALE 2019 Out of Competition

16/02/2019 - BERLIN 2019: Agnès Varda talks us through her career in the format of a master class, with conversation, illustration and panache

Sex and power. These are two of the key words that Agnès Varda uses to describe what stokes her interest as she discusses her career as a director, photographer and gallery artist in Varda by Agnès [+see also:
trailer
interview: Agnès Varda
film profile], which had its world premiere out of competition at the 69th Berlin Film Festival. It’s lucky for the world that Varda is having such a long and fruitful life that she’s still able to attend festivals and make films as a nonagenarian. In recent years, the 90-year-old helmer has gamely accompanied her most recent Oscar-nominated documentary, Faces Places [+see also:
film review
trailer
film profile], to various film festivals. She is the oldest person in history to be nominated for a competitive American Academy Award, which arrived just a few short months after she received a Lifetime Achievement Oscar.

Everyone wants to celebrate Varda. Fifty-seven years after she made Cleo from 5 to 7 and should have shared the same exalted status as Jean-Luc Godard and François Truffaut, film festivals are now, belatedly, fêting her. She picked up a statuette at the Berlinale and recently gave a master class at the Marrakech International Film Festival. Next month, she’ll be at Qumra in Doha. Realising that this is not a schedule she will be able to maintain, she has made this film to send in her place – a filmed, video version of her master class, which can globetrot in her stead.

Sitting in a lovely opera house, Varda takes the audience through her work. Of course, being the great artist that she is, she eschews the conventional chronological approach at times and packs her work into loose themes and segments. Said segments are cinema, photography and, finally, gallery work. These are unpacked as her “analogue period” from 1954-2000, and her digital period from 2000 to the present day. She talks, usually on her own, in the style of a lecture, but occasionally accompanied by a collaborator, such as gallerist Hans-Ulrich Obrist, but either way, Varda is completely engaging as she talks us through clips from her work, such as Cléo from 5 to 7, Le Bonheur and Kung Fu Master.

Both of her recent documentaries, Faces Places and The Beaches of Agnes [+see also:
trailer
film profile], have also explored memory by looking back at the director’s work, but they also have a cinematic flavour that is absent from Varda by Agnès. Here, the director wants to place her motivation and ideas front and centre, rather than her brilliance as a filmmaker. What is evident is that she looks at the world differently from her contemporaries. When she looks back at 1968, she sees Black Panthers in America and women’s marches, and avoids reminiscing with rose-tinted glasses about the role that filmmakers played in the demonstrations. Sex and politics are intertwined in her work: nothing happens without them, even when they are not mentioned explicitly.

What is really lovely about this film is that it works both for those in search of a primer for Varda’s body of work, and also for those who have seen everything. What is particularly interesting is her fondness for her gallery work and her belief that working on three screens gave her a new way of seeing. But that’s the beauty of Varda: she’s always had a new way of seeing, and it was the world that wasn’t spending enough time looking at her, or was simply dismissing her because of old prejudices.

Varda by Agnès was produced by Ciné Tamaris and ARTE France. Its international sales have been entrusted to mk2 films.

more about: Varda by Agnès

To celebrate the extraordinary legacies of the actors and directors who left us in the 2010s, here’s a few of their gems for you to watch on Cineuropa! 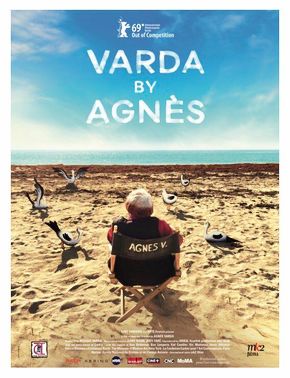 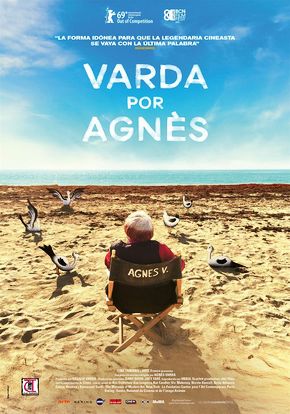 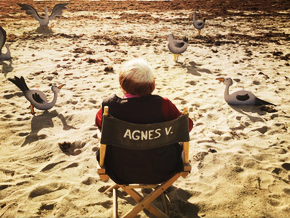 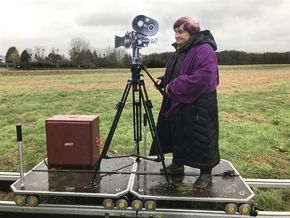 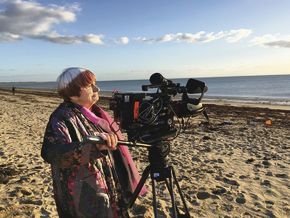 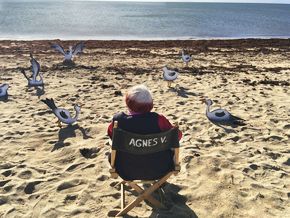