18/02/2019 - BERLIN 2019: The final instalment of Uli M. Schueppel’s Berlin trilogy both captures and envelops us in a sensory collection of superb and poignant nocturnal confessions

Night falls, and we enter The Breath [+see also:
trailer
interview: Uli M Schueppel
film profile] by overhead railway. The S-Bahn spreads through nocturnal Berlin via a rain-spattered windshield like a melancholic ribbon. A musical chord hovers overhead, filling the scene with a calm, motionless and suspended sadness, just like the railway tracks we find ourselves gliding across, wrapped in the dreamy haze of coarse-grained black and white film. And then a voice slowly begins to tell a story, taking the time to remember the emotions felt during a particular moment, when something happened. This voice is the first of twenty-six different voices, those of anonymous individuals who we observe, silent and pensive, while the city sleeps, and without the camera really looking at them or invading the intimacy of their off-screen confessions, each one a tiny, yet important moment, be it painful or beautiful, which has changed everything, sometimes almost invisibly: a moment that has taken their breath away.

Uli M. Schueppel's The Breath, screened in the Panorama section at the 69th Berlin Film Festival, is the latest in a trilogy on space (The Place, 2008), time (The Day, 2008) and the body. All three films were shot in Berlin, but their existential resonance could be attributed to the streets of any other city at night, where the shadows of ordinary people move, each hiding their own narrative (which separates The Breath from Wings of Desire by Wim Wenders, which we’re inevitably reminded of). If the film was not selected among the Panorama documentaries, it’s because it superbly transfigures these individual experiences, which are with extremely subjective emotion. The confessions of these individuals unearth specific feelings from those moments, revealed here on screen for the first time, bare as they are raw, the spontaneous delivery of stories that could not be better put together, reviving the suspense, hope and anguish in a moment of intense closeness.

Regardless of the precise emotions evoked by each confession, everything begins to converge, immediately plunging the viewer into a prolonged and particular state of mind, aided by magnificent work on image, shot entirely in 16mm, as well as the hovering and intense work on both sound and music, which is all so brilliantly edited together that the 26 "fragments" assembled in this film almost act like different instrumental parts in the same human symphony (there is an explicit allusion to the 1927 silent film Berlin: Symphony of a Metropolis by Walter Ruttmann, but the film includes no construction or machinery: here, the transitory places, which are almost like non-places, are inhabited only by the thoughts of the people themselves). They merge, united by the night’s sky and the film's material nature (which becomes a physical element in itself, just like the film’s black sky or recurring water motif), like a single breath of air, which lasts until dawn.

The Breath was produced by schueppel-films (which is also handling distribution) with ZDF and in collaboration with ARTE.

more about: The Breath

"We tried to tell a story by building a symphony"

BERLIN 2019: We met up with German filmmaker Uli M Schueppel to talk about his new film, The Breath, selected in the Panorama

BERLIN 2019: The final instalment of Uli M. Schueppel’s Berlin trilogy both captures and envelops us in a sensory collection of superb and poignant nocturnal confessions 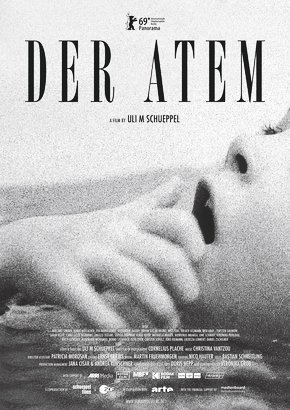 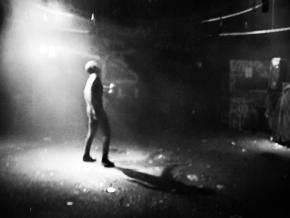 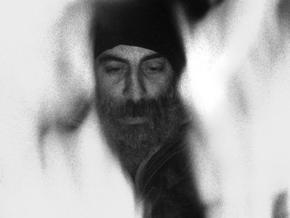