Review: From Tomorrow on, I Will

18/02/2019 - BERLIN 2019: Serbia's Ivan Marković and China's Wu Linfeng team up for a docu-fiction film about a migrant worker in Beijing

Rising Serbian cinematographer Ivan Marković, who lensed the winner of this year's Silver Bear for Best Director, I Was at Home, but… [+see also:
film review
trailer
interview: Angela Schanelec
film profile], has teamed up with Chinese filmmaker Wu Linfeng for the second time since their film White Bird screened in Berlinale Shorts in 2016. Their first feature film, From Tomorrow on, I Will [+see also:
trailer
film profile], has world-premiered in the Berlinale’s Forum section.

Li (Li Chuan) is one of many migrants who came to Beijing from rural areas in search of work and a better life. He is sharing a room in a decrepit apartment building, or a basement – they refer to it as "underground" – with a roommate (Wei Ruguang). Having just found a job as a night watchman in an office building that is being redecorated, Li sees his roommate only when he comes back from a shift and it is the other person's turn to go to work.

At the beginning of the film, this Beijing is not the teeming, hi-tech metropolis that we are used to seeing in modern Chinese cinema. Li lives on the fringes of this urban world, and the places he frequents and the people he encounters are poor, shabby, surrounded by garbage and supermarket trolleys, and hemmed in by tattered walls made of rusty metal.

Li goes about his work, and life, in a seemingly disaffected manner, at least judging by his posture and the slow but indecisive way he walks. He is meticulous about keeping things in order, such as when pressing his trousers for his job or using his smartphone instead of a mirror (there are none in his apartment, and the same goes for windows) to check if his belt is sitting right.

His job is mundane, and the building is huge, so he spends time fixing little things that do not necessarily have to be fixed – for instance, setting all the microphones at a conference table in the exact same position. One night, he is surprised to find his supervisor sitting in the dark on the ground floor, doing something we are not able to see owing to poor lighting, and when he asks him why he is there, the boss simply orders him to "go back to work".

In a more traditional film, this could be a signal that something is off and would, perhaps, lead into a plot. But Marković and Linfeng are not interested in telling stories; they explore the space in between possible events. This is cinema of the human condition, and of the idea of a person's place in the world – and perhaps this film's closest relative would be All the Cities of the North [+see also:
film review
trailer
interview: Dane Komljen
film profile] by Dane Komljen, who, probably not completely coincidentally, also stars in Angela Schanelec's Silver Bear-winning film.

Marković and Linfeng use long, often static shots, prominent, diegetic sound originating from the city itself without any musical score, and non-professionals as actors, in actual locations. This approach combines documentary and fiction in a manner that makes the distinction obsolete: it is indeed irrelevant whether Li is an actor playing a "real person" when the film focuses on his state and not his actions. Actor or not, Li is existing, rather than acting, in the world of this movie.

At one point, while lying in bed, Li starts singing a song about yearning and loneliness, and this is as close as From Tomorrow on, I Will gets to a character signifier, in the traditional storytelling sense. But beyond this, there is a whole world of a person that is perceived through means other than words. This is a cinematic language that evolves even as it is being created and projected onto the screen.

From Tomorrow On, I Will was produced by Serbian company Nanslafu Films, and was co-produced by China’s Wu Linfeng and Fang Li. China's Rediance has the international rights.

more about: From Tomorrow on, I Will

Review: From Tomorrow on, I Will

BERLIN 2019: Serbia's Ivan Marković and China's Wu Linfeng team up for a docu-fiction film about a migrant worker in Beijing 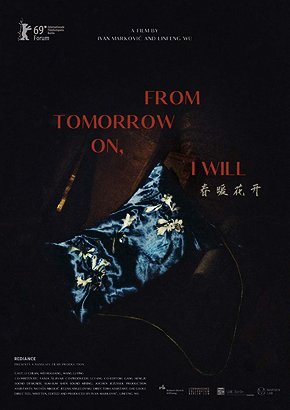 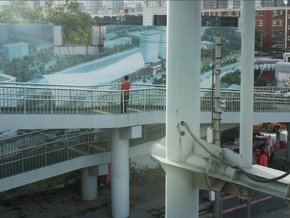 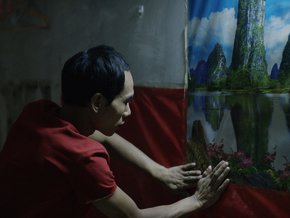 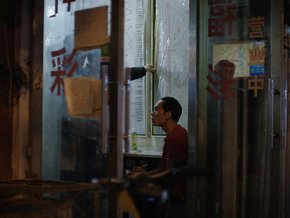