20/02/2019 - BERLIN 2019: The winner of the Berlinale's Best First Feature Award is a powerful film about Muslim communities in Europe, with the fantastic Zejhun Demirov in the title role

The winner of the Best First Feature Award at the 69th Berlinale (see the news), Oray [+see also:
trailer
interview: Mehmet Akif Büyükatalay
film profile] by German filmmaker of Turkish origin Mehmet Akif Büyükatalay, is indeed an unusually accomplished first feature, with the fantastic Zejhun Demirov in the lead role, and boasting a simple plot that leads to a subtle exploration of numerous issues related to immigrant Muslim communities in Europe.

Oray (Demirov) is a second-generation Muslim (more precisely, a "Macedonian Gypsy of Ottoman origin", as he defines himself) living in the German city of Hagen. A former burglar, he is (trying to be) a devout believer, and his marriage with Burcu (Deniz Orta, from the Netflix show Dogs of Berlin) runs into some serious trouble when during an argument he repeats the word talaq three times, which by Islamic law invokes a divorce. The local imam advises him that they have to take a three-month break, and that she is now haram (forbidden) for him, like his mother or a sister.

Oray decides to use the break to move to Cologne and try his luck there. Soon, thanks to his natural talent for communication, amiable outlook and air of reliability, he becomes a prominent member of the local Muslim community, finds a job at the open-air market and rents a flat at a mate’s rate from the cousin of imam Bilal (big-screen first-timer Cem Göktaş, intense). He also brings young petty thief Ebu Bekir (talented non-professional Mikael Bajrami), a Gypsy from Kosovo, under the wing of the local mosque in order to get him onto the straight and narrow.

Now that Oray is settled, he gets a surprise visit from Burcu. They are extremely happy to be back together, but Oray is still troubled by the talaq issue. His religious dedication and his love for Burcu are in conflict with one another, which becomes even harder for him when Bilal explains that his actions do actually entail a definite divorce.

Employing an excellent mix of young talent and non-professionals, and approaching the characters and their relationships in a naturalistic manner, Büyükatalay weaves the story with a precision rarely seen in first-time filmmakers. There are many small details and briefly captured moments that imply bigger overarching themes, and they are explored just enough to get the viewer thinking. Particularly efficacious is the scene of Oray's inspired speech about Islam and the importance of faith that he makes to the men gathered in the mosque. Although this group, led by Bilal, are no hardliners and definitely no ISIS recruiters, the way they react to Oray's words inevitably brings to mind the many documentaries and countless hours of news footage on this subject. Büyükatalay shows us the community from the inside, and this is just one piece of the complex picture he creates with simple means, another being the Sacrifice Feast segment, in which families of disparate origins but the same faith sit together enjoying a freshly slain lamb, with cultural differences surfacing in a comical way.

Demirov in the central role is literally spectacular and keeps this structure not just convincing, but intensely engaging. For this role, the sixth in his feature-film career, the actor won the Götz-George Young Talent Award, and he may well become the next Riz Ahmed if he catches the eye of the right Hollywood casting agents.

Oray is a co-production by Germany's Filmfaust Filmproduktion, Kunsthochschule für Medien Köln and ZDF. Pluto Film has the international rights.

“Humans are too complex to be able to choose between two sides; we have to learn to combine different identities”

The 11th edition of the festival dedicated to European first works will offer a week of screenings and debates in digital form, as well as live-streaming encounters with ten international guests

Despite the measures taken by the Belgian government to contain the spread of COVID-19, the Mons Film Festival was able to announce the winners of its 2020 edition via its website on Friday

Other award-winning titles include Two for Joy and Cronofobia; the Cineuropa Prize went to Genesis and the Mario Verdone Award to Boys Cry 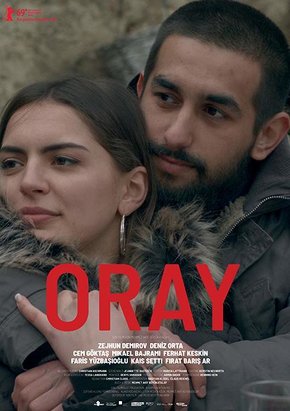 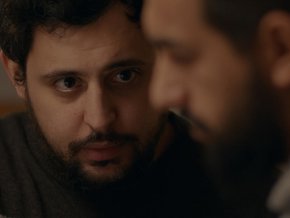 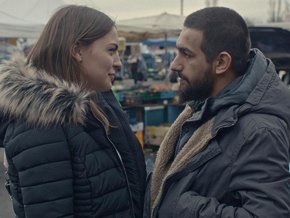 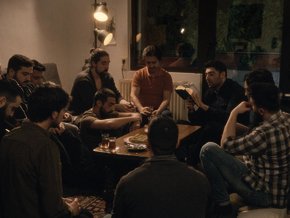