20/02/2019 - BERLIN 2019: Ritesh Batra’s rather saccharine first attempt at social cinema (The Lunchbox) is nothing other than a lacklustre romcom mired in clichés

After two escapades outside of India, in the form of The Sense of an Ending [+see also:
trailer
film profile] (with Charlotte Rampling and Jim Broadbent) and Our Souls At Night (with Jane Fonda and Robert Redford), Ritesh Batra’s latest work returns us to the familiar surrounds which featured in his first full-length film, The Lunchbox [+see also:
trailer
film profile] (2013). The Amazon Studios title Photograph [+see also:
trailer
film profile], which was screened at Berlin in the Special Gala section of the festival following a brief stint at Sundance, is, of course, a nod to Bollywood, but it also make a point of keeping its distance from that particular brand of cinema: the unexpected but impossible love story which unfolds is rather hesitant, the streets we stroll through really are those of Mumbai, as opposed to man-made sets recreated in a film studio… The diminutive but overbearing grandmother who likes to talk is the only throw-back to the genre. Not to mention the time spent travelling in Indian trains.

The driving force behind the narrative - which also explains the title of the film - is more sickly-sweet than ground-breaking: Rafi and Miloni meet because Rafi sells polaroids to tourists, working hard to pay off the debts of his family who still live back home in the village. When he insists on taking a photo of a timid, young student from a comfortably middle-class home (her family have a maid who sleeps on the floor in a storage room), the young woman is startled and disappears without paying. From thereon in, they begin to look for one another, the student’s interest sparked by the other Miloni she sees in the photo - a prettier, more confident version of herself. The portraits taken by Rafi will become the virtuous glue which binds their budding relationship together. Doubly so, in fact, because the rest of the film is structured around the subterfuge employed by Rafi to keep the potential brides his Grandma sends his way at arm’s length: to make her believe he already has a girlfriend, he sends her the photo of Miloni, and when the elderly lady arrives in Mumbai, our two heros must put on an act to convince her that they know each other well and that they are indeed a couple.

From that moment onwards, the characters and the film itself both fall into a routine of sorts, which the straight-talking grandmother, the nice little touches in the script (which are, in truth, the bread and butter of most Bollywood films), but, mostly, the director’s attempt to highlight social division, all fail to offset. In terms of the latter, Batra doesn’t explore the issue in sufficient depth to bring anything to the film – we could have spent more time listening to night-time conversations, where Rafi and his friends sit cross-legged in their room telling each other stories. The love story, meanwhile, which is supposed to be the magnetic force driving the film forwards, never really takes off. In truth, shyness and social differences (and different ages) aside, we don’t feel any real chemistry between this uncharismatic and overly awkward duo, who are sadly lacking in credibility. We also feel somewhat cheated by Batra’s choice to deprive us of a real dénouement. Instead, he opts to sidestep the issue in a bid to set himself apart from the “happy ending” genre which he constantly references throughout the story. But if he isn’t going to follow through with the social impact side of the film, and if the movie is going to fall back within the romcom register, we’d rather he’d kept the dramatic flourishes more readily associated with the genre -superlative emotions with wind blowing through hair, and of course, a few dances - for heightened dramatic effect. In short, we’d rather he’d made a Bollywood movie over a lacklustre romcom mired in clichés.

Photograph is an Indian-German-US co-production, which brings together Poetic License, filmscience, Pola Pandora and KNM, in co-production with Skywalk Films, with the support of Medienboard Berlin Brandenburg. International sales of the film are managed by German firm The Match Factory.

BERLIN 2019: Ritesh Batra’s rather saccharine first attempt at social cinema (The Lunchbox) is nothing other than a lacklustre romcom mired in clichés 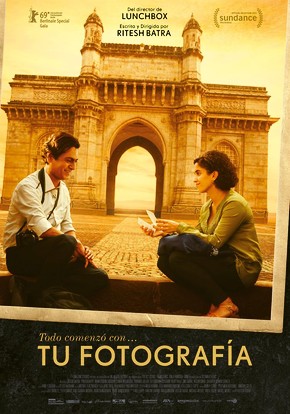 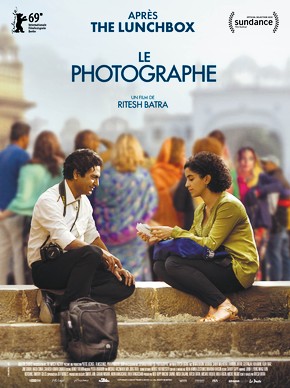