When we first meet Aja (Kristina Jovanović), a cocky adolescent Belgrade girl, she is at an open-air swimming pool, clearly annoyed as she talks to her mum on the phone and lies to her that she's at the library. After getting some money from her pals at the pool, she goes downtown to take her boyfriend Igor (Mladen Sovilj) some breakfast. He's not answering the door or the phone she can hear ringing inside the flat, so Aja breaks down the flimsy door and lets herself in. Once Igor arrives, they naturally get into a huge fight and break up for what seems like the umpteenth time.

Back in her own neighbourhood, Aja meets up with a couple of slacker friends and her “bestie”, Maja (Djurdjina Radić), who is engrossed in a light make-out session with one of the boys. When a group of young hooligans starts calling them names, Aja stands up for Maja and ends up getting cut – but it’s more her own fault than that of the guy who was holding the knife.

Now, Aja, with her pride wounded as well as her body, wants the local hooligan kingpin, Ivke (Marko Janketić), to beat up those kids. But after she exchanges texts with Igor and we see her beaming with love, she changes her mind and ends up paying Ivke not to do it. But word spreads fast around the ‘hood, and things are now out of her hands.

Consisting fully of sequence shots, and with fluid handheld camerawork by Bojana Andrić (The Samurai in Autumn [+see also:
trailer
film profile]), Love Cuts more than satisfactorily pulls off its day-in-a-life concept. The film is just as dynamic and fast-moving as its hero, whom we get to know intimately, and even if we don’t exactly like her, we can still understand her obsessive need for love. Aja is the sort of urban girl you have to respect, however foolishly she acts, because of her passion and no-bullshit attitude. And Maja is similar to her, but more manipulative and certainly flirtier. Although they have starred in some TV shows and feature films, the two actresses are primarily musicians, and this rebellious, affirmative energy is very much present in the film.

Jovanović has a difficult role: Aja spends almost the entire film with a wound in her side, sewn up by a veterinarian friend of Maja's. Despite having to limp and wince throughout, she does a very good job of portraying her character, although she does sometimes slip into over-accentuating certain psychological states. But the actress's charisma eclipses this problem, and she is a talent to watch, who may well end up with a serious film career.

The charming but battered downtown Belgrade is shown completely realistically, and the vibe of the scorching August day is complemented well by Filip Mitrović's atmospheric, jazzy score.

Love Cuts is a co-production by Serbia's Kinematografska Kuća and Platforma, and Croatia's Marinis Media. Belgrade-based Soul Food Films has the international rights. 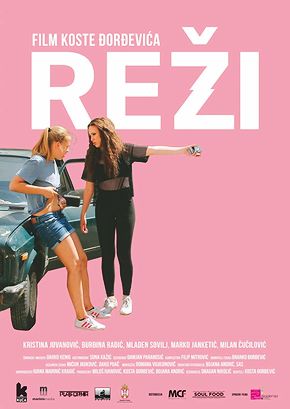 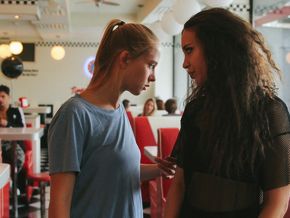 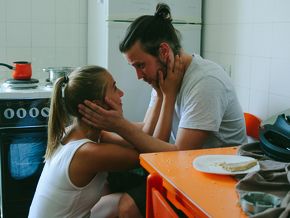