Five artists get kidnapped by a young farmer, Mr R (Hilmir Jensson), who has been obsessing over the idea of making a film ever since he was a teenager. The hostages are being held captive in a windowless room in a former farmhouse somewhere in the countryside, their only source of fresh air and natural light being a tiny hole drilled in a wooden panel nailed to the front door. Squeezed into a tight space that holds five mattresses and a toilet that is anything but private, they are faced with limited options – either they help to make that film, or they suffer the discomfort of the stuffy room and electric shocks from their ankle bracelets.

These introductory ten minutes could easily serve as valid material for a dread-filled thriller, but Take 5 [+see also:
trailer
film profile] by first-time director Magnús Jónsson, which has just world-premiered at the Stockfish Film Festival, is one of the most subtle dark comedies seen in a while. Shot in just nine days in southern Iceland, with practically no budget, this film, which was originally meant to be a horror, draws its strength from a fantastic cast and a wittily penned script that is bursting with humour and love for the acting profession. Behind it is Jónsson himself, who also served as the producer, composer, costume designer, editor, an actor (he appears in a cameo role as Mr R’s father) and the colour grader of the film. Not counting the actors, Take 5 could have been labelled a one-man show if it weren’t for director of photography Hrund Attladottír, who shot the film magnificently using only a (hand-held) GH3 Panasonic camera, perfectly capturing the different atmospheres as we alternate between the colourful summertime scenery in the countryside and the glum life spent in captivity.

We are introduced to the young kidnapper as a nerdy kid growing up under the influence of his mother, a woman whose solution to every conflict was to watch a good movie. Mr R (for Ragnar) is shown in a number of flashbacks as a two- (Hrafnhildur Sif Solvadottír), seven- (Kári Hjaltason) and 12-year-old (Oddur Helgi Ólafsson), glued to his TV set at home, engrossed in the black-and-white movies by Sidney Lanfield, Roy William Neill, Edward H Griffith and Edgar G Ulmer. As an adult, he continues living the celluloid life in his fantasy world, and his drive to make a film on his own eventually overpowers his common sense. Ragnar doesn’t have a clear agenda, and even his choice of artists is random – the only thing they have in common is that they all appeared in a local tabloid. So, when famous cellist Omar Blondal (Gudmundur Thorvaldsson) and best-selling author Asta Lind (Icelandic songwriter Margrét Kristín Sigurðardóttir, aka Fabulà) wake up in a room alongside film director Johann Dadí (Halldór Gylfason), stage actress Sóley (Thora Caritas) and Halldor Halldor (Ólafur Ásgeirsson) – a guy who’s famous, but nobody really knows what for – they are not even sure how to comply with their kidnapper’s demands.

Towards the second half, the film veers into the realms of predictability, but strangely, this is not detrimental to the quality of the narrative. The unlikely friendship that develops between the abductor and his hostages serves its purpose, as it effectively conveys a love and a passion for acting by highlighting the power of creativity and improvisation.

Take 5’s universal, approachable language should make it popular not only with the local audience, but also on the international festival circuit.

The film was entirely self-produced by Magnús Jónsson. 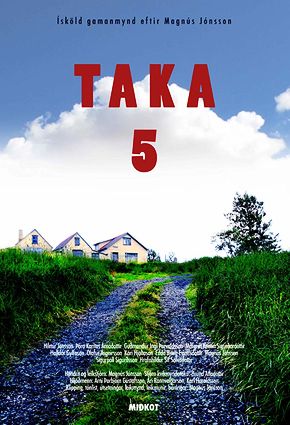 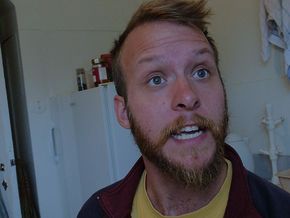 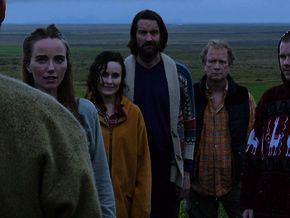 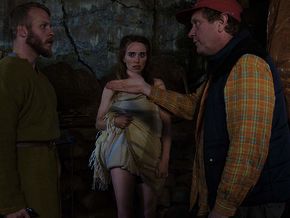 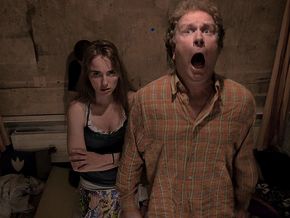