07/03/2019 - In his tender documentary, Paweł Ziemilski investigates what “staying in touch” really means

Presented in the International Competition of the Thessaloniki Documentary Festival, Paweł Ziemilski’s deceptively simple documentary In Touch [+see also:
trailer
film profile] turns out to be a bit of a heartbreaker, perfectly capturing the very essence of contemporary loneliness. It’s a sentiment that is much less noticeable today thanks to our various devices or apps, all promising to “connect people”, and yet it’s just as painful as it ever was. Who knows, maybe even more so, as at least for a moment or two, all our loved ones seem to be just a few steps away. But once that screen goes dark again, the silence hits even harder.

While only too aware of the scope of recent Polish migration, instead of commenting on his fellow countrymen’s decisions to flee, Ziemilski focuses on one tiny village, where about one-third of all the inhabitants just packed up their things one day and moved to Iceland, of all places, finally leaving unemployment and a lack of prospects behind – along with their elderly parents. With their smiling faces or low-resolution glimpses into their new lives projected onto the walls of houses they will never see again, or perhaps just every few years for Christmas, God willing, it turns into a ghost town of sorts. It’s all scored to the annoying, although in this case maybe actually quite hopeful, sound of an incoming Skype call.

They are really two separate worlds, glued together for the duration of one conversation. These chats are usually rather mundane, as after making sure that the other person can hear or see them alright, the topics revolve around a new miracle drug or troubling dreams about one’s relative – in short, just the kind of pointless details one would hear every day because once communication gets easier, it’s no longer for emergencies only. Interestingly, or maybe ironically enough, it also seems that the distance actually helps these no-nonsense families to open up sometimes. They discuss their overwhelming pain and emotions in a way that would seem unlikely under more normal circumstances, or while stone-cold sober. In a way, this makes it that much harder to listen in.

Still, while interestingly shot, even the mercifully brief running time can’t hide the fact that In Touch would be best served by a short format – at least visually, it becomes rather repetitive quite early on. Luckily, the stories are involving enough, and so are the exchanges, ranging from agonising to frequently hilarious, with people trying to spit out as much information as possible over the course of a chat that is always way too short. They desperately want to be touched and held once the kids finally (if ever) come home. But before they do, all they can do is dance to a cheesy love song to pass the time. And raise a shot of vodka to their health.

In Touch was produced by Łukasz Długołęcki and Haukur Hrafnsson, of Polish outfit NUR, and was co-produced by Iceland’s Join Motion Pictures, TVP, MX35, Oxymoron and Widok. Its world sales are handled by the NUR Foundation.

more about: In Touch

In his tender documentary, Paweł Ziemilski investigates what “staying in touch” really means 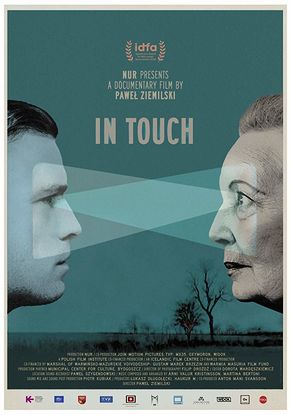 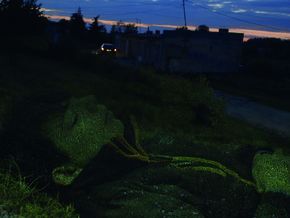 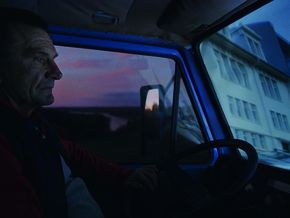 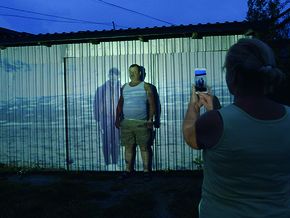