08/03/2019 - Sandra Vannucchi's first feature, which was nominated for the 2018 Young Audience Award, is a simple yet intense story about a young girl torn between following her dreams and her mother's depression

Lisa Ruth Andreozzi and Emina Amatovic in Girl in Flight

Imagine being 11 years old, full of dreams and energy, but having to live with your mother's depression, an exhausted father and the feeling of being invisible and unheard. This is precisely the sort of dysfunctional family that the director Sandra Vannucchi (a graduate in Film and Television at MYU Tisch School of the Arts, and previous assistant to David Chase, creator and author of the TV series The Sopranos) introduces us to in her first feature. A candidate for the 2018 Young Audience Award, Girl in Flight [+see also:
trailer
film profile] delicately and sincerely recounts the discreet yet determined rebellion of a young girl just itching to enjoy childhood, explore the world and make new friends.

We are in Pistoia, Tuscany. Despite an overbearing home environment, pre-teen Silvia (the young and talented actress Lisa Ruth Andreozzi, here in her first leading role) is bursting with vitality. She’s a good student and would love nothing more than to go to Rome to visit the city and its monuments, but that won’t be possible, as her mother, Giulia (Donatella Finocchiaro) can’t even get out of bed, where she lies all day, in the dark, suffering from chronic depression, which seems difficult to treat. And her father, Pietro (Filippo Nigro), is no better, given that he’s far too busy working to provide for the family (she also has a younger brother) to listen to his daughter's requests.

And so, almost silently, Silvia decides to take the train on her own and treat herself to a nice little trip to Rome, seeing as she won a competition with her project on insects at school and deserves some sort of award. She doesn’t know where she will sleep that evening, but soon meets Emina (Emina Amatovic), a young Roma girl who she makes friends with and who agrees to put her up in her trailer at a traveller’s camp in the capital. The young protagonist’s trip to Rome therefore takes an unexpected direction. Yes, she visits the Piazza Navona, but she also begs for money at traffic lights and attends parties hosted by her new traveller friends (all of whom are non-professional actors at a real traveller’s camp), all with a total lack of fear and prejudice that only children seem capable of possessing. Until one day, when she realises it's time to go home.

The merits of this little film lie in its spontaneous tribute to friendship between two different cultures. Written in a simple yet immediate way (the screenplay was written by the director with the producer Michael King and won an award at the Wonderfest International Children's Festival in Bucharest), the film exudes freshness and authenticity, and was inspired, at least in part, by Vannucchi’s own personal experience. Vladan Radovic worked on the film as the director of photography (after winning a David di Donatello Award in 2015 for his work on Black Souls [+see also:
film review
trailer
interview: Francesco Munzi
film profile]), while Osvaldo Bargero and Luigi Mearelli worked on its editing, which fluidly and efficiently alternates between the present day and the protagonist’s backstory.

Girl in Flight is an Italian-Swiss co-production by Perché No Films and Zas Film in collaboration with RSI - Radiotelevisione Svizzera di Lingua Italiana. The film is being distributed in Italy (from 7 March) by Lo Scrittoio, while Film Republic is handling international sales.

more about: Girl in Flight

Sandra Vannucchi's first feature, which was nominated for the 2018 Young Audience Award, is a simple yet intense story about a young girl torn between following her dreams and her mother's depression

Hobbyhorse Revolution, Girl in Flight and Wallay will be screened on 6 May to audiences of 12–14 year-olds that will vote for the winner

The Rome Independent Film Festival will be back from 25 November-1 December, boasting 110 titles straddling fiction and documentary, plus focuses on Spain, Croatia and Bosnia 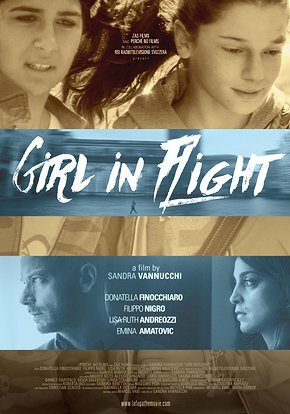 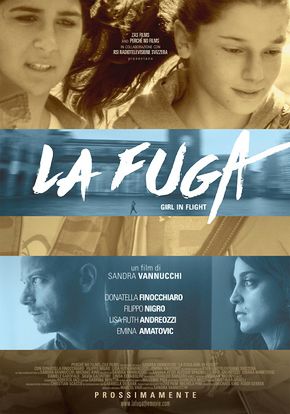 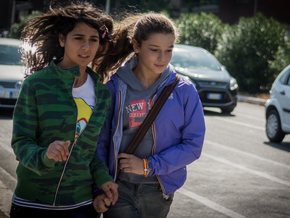 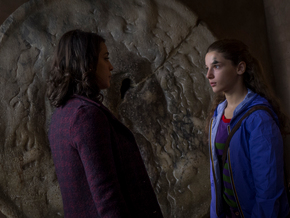