Premiering today in its native Finland, Katja Gauriloff’s first fiction feature, Baby Jane [+see also:
trailer
film profile] is based on a novel by Sofi Oksanen – an award-winning writer whose Purge was also adapted into a film in 2012 (Antti Jokinen’s Purge [+see also:
trailer
film profile]). Not that anyone would have guessed it, as the narrative of Baby Jane turns almost paper-thin on the big screen, with an obligatorily doe-eyed, pouty-lipped innocent Jonna (Roosa Söderholm) swapping her small-town for Helsinki only to immediately run into the LGBTQ crowd – for some reason merrily playing guitars on the streets – and the striking butch Piki (Maria Ylipää). But the film’s sweet, sweet beginning soon leads to a world of phone sex and what seems like Tim Burton-themed costume parties, echoing Maude Lebowski’s famous take on a porn video, Logjammin’, about the troubles of fixing a cable: “The story is ludicrous.”

The novel was published back in 2005, and one can’t help but wonder if that’s why the entire film feels so madly out-dated – both in its portrayal of a community that, let’s face it, has already seen much more complex, interesting takes on its struggles, and the way it’s shot. In the day and age when the “female gaze” is (understandably) being mentioned alongside just about any premiere, the amount of attention paid to the protagonist’s lingerie-clad backside would get any male director in serious trouble, while the sex scenes feel as if they’ve been tackled on at the last minute in order to titillate someone’s inner 12-year-old, with barely enough glue to hold it all together.

But what is most irksome is the complete lack of chemistry between the two women in a story that lives or dies based on it. While they are supposed to be radically different from the start – with Jonna’s discovery of her beloved’s mental issues slowly turning her into the one holding the power – the troubled relationship just isn’t convincing, and no amount of evil ex-girlfriends reduced to taking out trash or occasional bondage can change that – something the makers of the Fifty Shades trilogy probably know only too well at this point. All of which results in a rather unpleasant surprise, as Katja Gauriloff has already made herself known to be an apt documentary filmmaker with her most recent effort, the excellent Kaisa’s Enchanted Forest, a testament not just to her directorial skills, but also her compassion. And while she clearly tries to hold onto her compassion in this film, it’s hard to spot, let alone understand where it might have come from.

Baby Jane was produced by Joonas Berghäll and Satu Majava of Oktober. The film is distributed in Finland by Future Film. The film was supported by the Finnish Film Foundation. 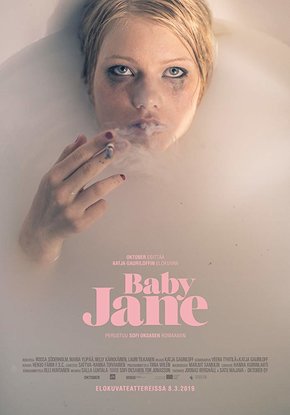 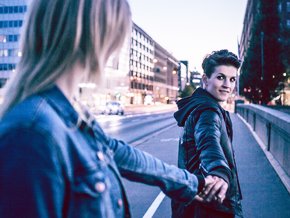