13/03/2019 - Dragomir Sholev's second feature, screening in competition at Sofia, is a relentless exploration of bullying and its consequences

Rumen Georgiev (left) in The Pig

Nine years after his first feature, Shelter [+see also:
trailer
film profile], won the Grand Prix at the Sofia International Film Festival, Bulgarian director Dragomir Sholev has a new chance of bagging the same award with The Pig [+see also:
trailer
interview: Dragomir Sholev
film profile]. A drama about a boy who is being bullied by his schoolmates, The Pig could, in spite of some rather dubious artistic choices, become the perfect candidate for forming part of a programme on violence in Bulgarian schools.

From the very first frame, we see the unnamed protagonist (Rumen Georgiev), with his back to the camera. He is sitting at a table in the family's kitchen, with his grandmother attending to various chores in the background. The boy is obese and seems unwilling to get up from the table, but the audience will soon come to realise that this reluctance is not explained by his fondness for food, but rather by the fact that getting up means going to school – and going to school always means being bullied by his schoolmates. The anonymous boy’s “name” will soon be revealed to the audience, and it’s a mean one that will have long-lasting consequences on his psychological well-being: “The Pig”.

The screenplay, written by Sholev together with Martin Iliev, never ceases to show the terrible forms of abuse that a schoolboy can suffer from his peers, his teachers and pretty much anyone whom he encounters. It shows the great lengths the protagonist must go to in order to make himself less noticeable, camouflaging his large body against walls, behind doors, or in the darkness of bathrooms and corridors. But what if, at a certain point, the tormented boy decides to react? And what if his reaction proves to be potentially fatal to one of his torturers?

The boy's interactions are used to introduce the adult audience to the various aspects of bullying, and these do not always necessarily involve the students. The film points the finger at the boy's peers, who may be too immature to know better, but also at the grown-ups in the school, to whom he seems to be a continuous nuisance. In their midst, the boy's chances of leading a normal life at school do indeed seem non-existent, as the very people who are supposed to stop the bullying unwittingly become bullies themselves.

Unfortunately, the abundance of abusive interactions spoils The Pig and robs it of any subtlety. The movie’s message – that bullying is bad and creates vindictive, even dangerous, members of society – is hammered into the audience’s brain, while the hero's debatable reactions to various situations do not exactly make it any easier to like or even pity him. Moreover, the extreme camera movements and some unconvincing, declamatory acting, especially from the underage actors, pull the audience right out of the story on more than one occasion.

But The Pig can be appreciated on a functional level. The film may not enjoy a long run at film festivals or get too much love from the critics, but if it is shown in schools, to both students and teachers, it can truly make a difference. And besides the language, there is nothing truly Bulgarian about the story, which means it can work anywhere in South-Eastern Europe, a region that rarely deals with bullying in the correct manner.

more about: The Pig

“When you leave school, you realise that aggression is everywhere”

Bulgarian director Dragomir Sholev talks to us about his second feature film, The Pig, which was screened in competition at the 20th Lecce European Film Festival

“What interests me is the escapist mentality that avoids dealing with the issues at stake, as well as looking for their solutions”

Dragomir Sholev's second feature, screening in competition at Sofia, is a relentless exploration of bullying and its consequences 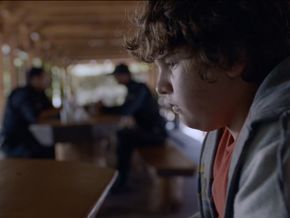 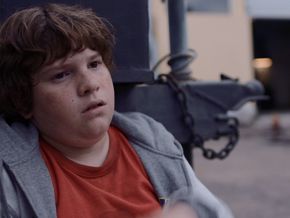 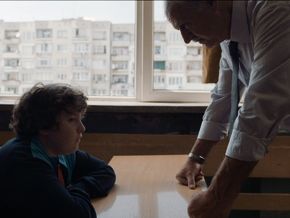 Distribution, Exhibition and Streaming – 02/12/2021
Industry experts analyse the opportunities and the challenges brought about by the surge in VoD services in the Nordic countries
The Nagra Kudelski webinar saw five panellists discussing audience engagement strategies, growth drivers, consumption trends and marketing content within the regional and international context