In a cinematic universe full of superheroes (there are at least 25 in Avengers: Infinity War), it only seems fitting to narrate the exploits of the ‘super-normal’ among us, which is exactly what Luca Ferri does in Pierino [+see also:
trailer
film profile], screened as a special event at the Bergamo Film Meeting 2019, after stopping off at Dok Leipzig last November. ‘Pierino’ refers to Pierino Aceti, a 65-year-old pensioner from Bergamo with two specific characteristics: meticulousness and a passion for cinema. ‘Yesterday I went to see Godard's Contempt, which has finally been restored,’ says Pierino to the director. ‘Carlo Ponti, the film’s Italian co-producer has changed the colours, the music – from Georges Delerue to Piero Piccioni – he also cut a few of the nude scenes of Brigitte Bardot, who is a very good actress I might add. Essentially, the films lasted 88 minutes instead of 103!’

But it’s not just Pierino who is meticulousness. For fifty-two Thursdays, a whole year, the director visited the pensioner's home from 10.30am to 11.30am to ask him the same question, ‘What did you do this week?’ We hear snippets of his private life, with the months marked on a ‘Peanuts’ calendar that Pierino keeps in the kitchen, ‘It took 39 minutes from here to the cemetery. I said hello to seven relatives, my mother, my cousins, and the barber.’ Moments of cinephilia that represent pure passion, despite Pierino's meticulousness being somewhat relentless, “I read a cinema magazine listing the birthdays of various actors and directors, but it included so many mistakes. Isabelle Huppert was born in 1955, not 1953. The same year as Isabelle Adjani!’ Pierino has listed all the films he’s seen in a notebook, dividing them into three categories: ‘must-sees,’ ‘recommended’ and ‘not recommended.’ He has been doing so since 1973, when he was just twenty years old. Pierino would fit in well as one of the inhabitants of Number 11 on the imaginary Parisian Rue Simon-Crubellier in Georges Perec’s immense novel Life: A User’s Manual.In its own small way, Pierino also captures ‘the feeling of today that is made from accumulations of the past and the vertigo of the void,’ as Italo Calvino once wrote in his Six Memos for the Next Millennium, in which he touches onPerec's book. Irony and anguish, the pursuit of a certain project and the immeasurability of poetry all become one.

Luca Ferri’s decidedly experimental but coherent stylistic choice is striking, having shot Pierino on a VHS with an old film camera, in homage to Mr. Aceti's cinephilia, who has a vast collection of films on VHS. ‘We couldn’t shoot the film any other way while maintaining a coherent fusion of form and content,’ writes the director, whose first feature Abacuc, released in 2015, was screened at Torino Film Festival and the Festival de Mar del Plata. While his second film Colombi was screened in the Orizzonti section at the 73rd Venice Film Festival and his latest film Dulcinea [+see also:
trailer
film profile], was selected at the 71st Locarno Film Festival in the Signs of Life competition section.

Pierino, which was produced by the director with Andrea Zanoli for Lab 80 film (also due to distribute the film in Italy), is part of a ‘domestic’ trilogy that started with Dulcinea. The third instalment in the trilogy will be entitled La casa dell'amore. Three films shot in different small domestic settings and in three completely different formats. 16mm for Dulcinea, VHS for Pierino and digital for La casa dell'amore.

Review: The House of Love

BERLINALE 2020: Italian director Luca Ferri’s new film about a transsexual sex worker is an ode to love as the only antidote to combat loneliness

This film about a trans woman called Bianca, selected in the Forum section of the Berlinale, concludes the documentary filmmaker’s “Trilogy of the Apartment”

Due to run until 24 November in Milan with 82 titles, a meeting with Luca Guadagnino and a new edition of the Milan Industry Days event 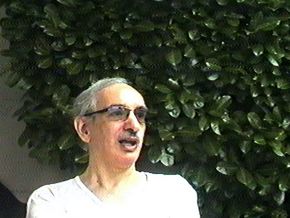 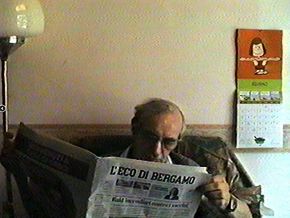