18/03/2019 - Tiago Hespanha directs a documentary which is fascinating, subtle and quirky, interweaving life on a military base with mythology, nature and science

"In order to ensure their accomplishments were remembered, men invented stories. Then, with time, these stories morphed into memories, until it became difficult to distinguish between fiction and reality." With Campo [+see also:
trailer
film profile], Tiago Hespanha’s second full-length documentary (and his first solo project since Industrial Revolution, co-directed by Frederico Lobo) which had its world premiere in Paris in the international competition of the 41st Cinéma du Réel festival, the Portuguese filmmaker has created an ambitious work which is both conceptual and realist, intellectual yet down to earth, and sophisticated yet simple.

Soldiers engaged in nocturnal manoeuvres and sheep shrouded in mist; parachutes falling out of the sky and the unfathomable, global slaughter of bees keeping beekeepers awake at night; Greek mythology (notably Prometheus by Franz Kafka) and the story of the Voyager Golden Record (a message in a bottle of sorts, sent into space in 1977 and featuring sounds and images of Earth and of a number of its inhabitants, as selected by the astrophysicist Carl Sagan, among others); an ornithologist making records of his flock and a sniper filling in the details on his shooting license… The director demonstrates remarkable skill (but he also demands a particularly open mind, a certain degree of patience and a taste for immersion on the part of the viewer) as he weaves to create links between two distinct strata, a microcosm and a macrocosm.

The action takes place on the Portuguese military base of Alcochete, to the south of Lisbon – 7,599 wild hectares of nature where the armed forces (which include small infantry units who take part in forest-based simulations, and fighter jets which rumble far off in the distance; various types of explosives and tanks and jeeps, and families who reside on the military base, the silence of their nights reliably punctuated by the patter of machine guns) must live alongside flora and fauna. And in very real sequences, where this highly contrasting, closed world of war and peace is portrayed in minute detail, the director superimposes onto the film a form of discourse where myths which speak of gods and of men come to resonate with technological advances; myths ranging from the creation of the world to the Reports on the first human flight into space by Yuri Gagarin; from the story of the theft of Promethean fire and the first cartographic explorations embarked upon by the great kings of the Earth, to the realisation of the limits of the particular field in question (or “campo” as per the title), whether it be physical or metaphysical, visual or perceptive, or on a human or even a planetary scale.

Descriptive (in terms of military routines), poetic ("a speck of dust suspended in a ray of sunlight"), philosophical and sometimes harsh (the vain attempt made to free a ewe from her stillborn lamb, for example), Campo is a surprising and very personal film, in which recurring characters hover without ever really imposing themselves onto the viewer, and where echoes of the near and the far are successfully interwoven. Enhanced by a great deal of work on the sounds which we hear in the film and by a huge variety of (beautiful) frames and production ideas, the documentary (which will not appeal to those less in favour of voice-overs) unfolds slowly, like a three-dimensional picture, and ends on a spectacular shot; an exquisite final touch for a documentary of the utmost quality, which is extraordinary beyond all doubt and which offers viewers the possibility, if they so wish, to widen their “field” of thought.

Campo is produced by Terratreme Filmes, who are also handling international sales.

My Grandmother Trelototó, Past Perfect and Campo are some of the national films awarded in the strongest Portuguese showcase in the history of the festival

Tiago Hespanha directs a documentary which is fascinating, subtle and quirky, interweaving life on a military base with mythology, nature and science 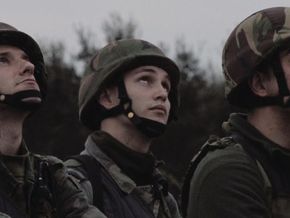 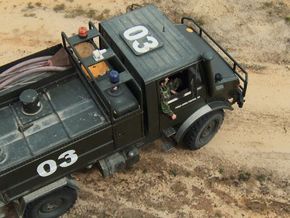 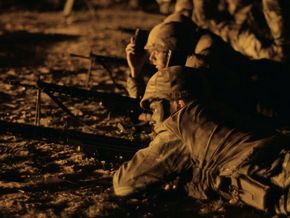 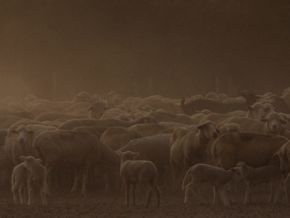