Review: My Heart Belongs to Daddy

There is a growing trend among young European documentary filmmakers to tell stories which are based on their own, ever-more personal experiences and which often don’t require them looking any further than the family home. Some of these directors manage to transform their stories into interesting viewing experiences for audiences; others, not so much. Happily, Sofia Haugan has succeeded with My Heart Belongs to Daddy [+see also:
trailer
film profile], which received a special mention for Best Nordic Documentary at the Göteborg Film Festival and which we saw during a screening at the Bergamo Film Meeting. It would be too reductive to classify this film as “private”. Røverdatter, the original Norwegian title, delves into the most intimate of subjects – a relationship with a parent – and this was made possible for our young, rookie director by a team of producers at Indie Film, a firm with years of experience in the production of personal documentaries.

As it often the case, this documentary is a continuation of an earlier short film, namely A Little About My Dad (2012), which was selected for a number of European festivals. At the time, Sofia Haugan was attending the Nordic Institute of Stage and Studio (NISS) in Oslo, her final exam fast approaching, when her father, Kjell Magne Haugan, called her from prison and suggested that her graduation short film should be about him. Kjell is a drug addict and a criminal. They hadn’t seen each other for a long time. When Sofia was 10 years old, she and her mother had moved from their family home in Grefsen to a secret address outside of Oslo. Her mother wanted to protect her daughter from her father, who was battling with substance abuse and caught up in criminal activities. When they next see one another, albeit briefly, at Sofia’s gran’s funeral, he brings her a present for her birthday which has just passed: a radio, which has clearly been stolen from a car.

It is with this same black humour that the director portrays herself and her father in My Heart Belongs to Daddy. This man, who has spent more time inside prison than on the outside and who has been an alcoholic from the tender age of 14, now has two battles to face: getting clean and healing still-open family wounds to rebuild broken relationships. It’s not easy for Sofia to help a father who has been totally untrustworthy for 54 years. Many of the film’s scenes are tragic, such as the long sequence in which we see him injecting amphetamines into a vein. “Why do you need a hit now?” she asks him. “Because tomorrow I’m starting my treatment. I’ll need something to wean myself off of.” Humour emerges at the most desolate of times as the two family members move closer together.

Initially, Haugan’s plan was to follow her father over the course of a year, through the detox process, his treatment and his rehabilitation, which would prepare him for a new life, but these things are far more complicated than we’d imagine. Behind the father-daughter relationship, always in the foreground and shot through with warmth, disappointment and hope, we catch a glimpse of the complex and inflexible bureaucratic processes which weigh down the support services offered by the Norwegian welfare system (the NAV). All the while, Kjell Magne is painted as anything but a victim. Over the course of the following three years, the team recorded over 200 hours of material, whittled down to a final 83 minutes (editing was handled by Christoffer Heie, with Magnus Tombre Bøhn as director of photography). There are also segments which have been recorded by Kjell Magne himself. The result is a realistic and engaging story, without a shadow of sentimentality, which is told in an attempt to heal the past and to build up new identities.

My Heart Belongs to Daddy is produced by Indie Film alongside Momento Films, with the support of NFI, Fond for lyd og bilde and SFI. International distribution is managed by Taskovski Films.

more about: My Heart Belongs to Daddy

Review: My Heart Belongs to Daddy 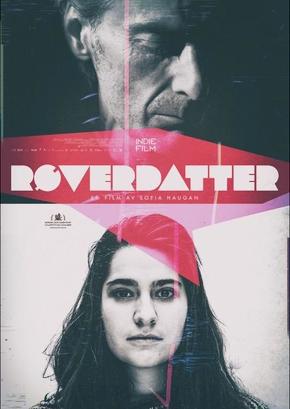 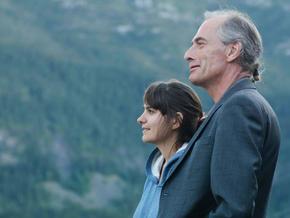