The second full-length title by Luxembourg’s Max Jacoby brings together a few film genres: it’s a crime thriller, film noir and psychological drama all in one. But Peitruss [+see also:
trailer
film profile] - screened at the 9th Luxembourg City Film Festival - is first and foremost what we might call a fiction film with ambiance; an atmospheric film along the lines of the director’s previous opus, Dust (2009).

Selected for the Busan International Film Festival, Dust follows two vagrant adolescents as they wander through a post-apocalyptic world in the wake of an armed conflict. Elodie and Elias (the British singer Olly Alexander) are a solitary but inseparable duo, whose existence is unsettled by the unexpected arrival of an older man. This first feature film directed by Jacoby surprised audiences with its minimalistic production style, not to mention its strangeness, and this is an approach which the filmmaker looks set to pursue in Peitruss.

Indeed, this film does seem to confirm Jacoby’s attachment to Luxembourg and its lands. The calm yet worrying scenery in Dust jostled between the forests of Oesling in the north and the undulating landscapes of the south, before finally reaching Luxembourg City. The deserted streets of the Grand Duchy capital formed the backdrop for the final part of the film, where the characters look for a better future in their devastated world. With Peitruss, Max Jacoby returns his camera to this urban setting once again. In fact, he plunges the viewer almost exclusively into the "grund", the lower parts of the city. The approach the director takes towards this area, which was once associated with the poorer districts, is just as eery as before, if not now openly sinister.

But there’s good reason for this: in the shadow of the high town, the streets and parks surrounding the Pétrusse river have recently played host to a series of unsolved murders committed against young women. At the heart of the torment is Lara (German actress Peri Baumeister) who can only stand by and watch in the face of the slaughter. Working in the orphanage which was once home to several of the victims, this young woman tries to prove the innocence of her new lover, Joakim (Dutch actor Maarten Heijmans), who’s the focus of much suspicion as a result of his checkered past.

It’s a convoluted plot which intentionally confuses the viewer, to the point where it risks leaving audiences dubious and disenchanted. Nevertheless, Jacoby insists on intensifying the already oppressive atmosphere. He builds up the shots, creating an atmosphere that’s so heavy, it’s palpable, as per the images captured on the edge of the Pétrusse woodland, where the young women’s bodies are found. This is a good moment to give deserved credit to director of photography, Tibor Dingelstad, who also put his name to the visuals in Helium [+see also:
trailer
film profile] by Eché Janga, in 2014: the worrying landscapes which pervade this film on the subject of Dutch gangsterism almost certainly echo the universe that we see in Peitruss, the two films ultimately sharing the same style.

Under the direction of Max Jacoby, the faces of Peitruss’ actors are constantly drawn with stress, in line with the tension surrounding them; maybe too much so, as it leaves the characters somewhat unrounded. As Lara slowly uncovers the shadowy side of her lover, suspicions over his guilt begin to grow, but at the same time, their relationship intensifies. Ultimately, this endless oscillation from love scene to terse exchange is wearying for the viewer, who slowly loses faith in the credibility of the film.

Nonetheless, Peitruss is an atypical work. The look Jacoby casts over his city is one that we rarely see in Luxembourg fiction. The geography in the film is torturous yet fitting, and it boasts an aesthetic which is well worth a visit.

Peitruss is produced and distributed by Samsa Film, in association with New Amsterdam Film Company.

The series Capitani will now be available in 190 countries

Created by Thierry Faber and directed by Christophe Wagner, the hit Luxembourg series has just been acquired by Netflix, marking a first for the Grand Duchy 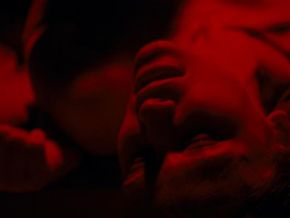 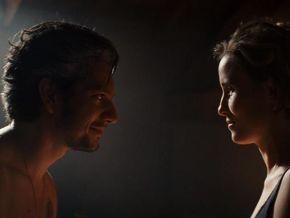 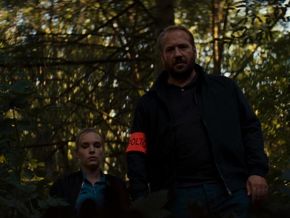 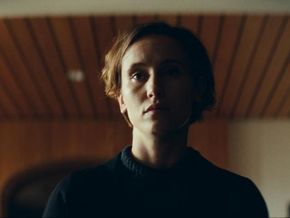 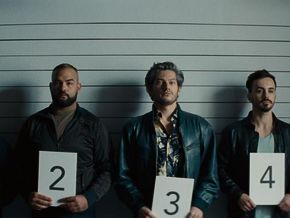 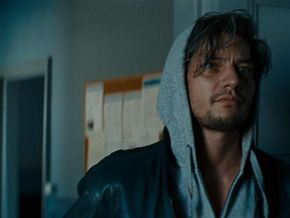 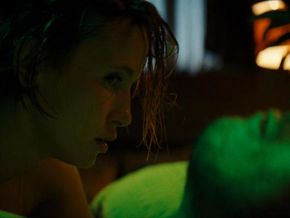