20/03/2019 - Life’s little, but inexorable, accidents are explored in Martin Turk’s minimalist drama, which screened at Sofia

Shown in the Balkan Competition of the Sofia International Film Festival and soon to be screened at the provincial (Plovdiv, Varna, Burgas) editions of the gathering, Slovenian director Martin Turk’s Good Day’s Work [+see also:
trailer
film profile] uses a story arc which is so popular that it has become a subgenre of arthouse cinema: the average Joe who is pushed, by his misadventures or by fate’s unnerving sense of humour, into a drastic, categorical decision.

The approach is both familiar (see The Lesson [+see also:
film review
trailer
interview: Kristina Grozeva, Petar Val…
interview: Margita Gosheva
film profile], Kristina Grozeva and Petar Valchanov’s first film, which was screened with immense success at the Sofia IFF in 2015) and impressively generous as a starting point for a relevant commentary not only on a person’s character and moral values, but also on society as a whole.

The protagonist is Armin (an excellent Aleksandar Seksan), an unemployed man who spends his days taking care of his son Edin and his pregnant wife Jasmina (a very natural Maja Zećo). Armin is looking forward to an interview that may land him a job as a school caretaker, but after witnessing a car accident, he is late for the interview and the opportunity is lost. This is only the beginning of a descent into hell for the poor, good-natured, affable Armin, who will soon have to face the inventive range of challenges that the screenplay written by Turk has in store for him.

But in the case of Good Day’s Work, the journey is more important than the destination, and the movie may win over its audience with Armin’s superhuman efforts to remain good-natured and do the right thing, even in the direst of circumstances. Turk analyses how a person can be pushed out of his or her comfort zone, and how, little by little, drastic reactions start to make sense. Of course, there is nothing natural about how the screenplay drip-feeds poison into Armin’s very soul, as the way the character is treated by the story brings to mind an experiment in a school laboratory: with enough heat and pressure or the right catalyst, everything is liable to explode.

What Good Day’s Work does very well is getting the audience involved, challenging viewers to ask themselves what they would do in Armin’s shoes. From the safety of the movie theatre, it is easy to judge him, tutting at some of his decisions, but Seksan’s charisma brings Armin closer to the audience: he is more a friend who is down on his luck than someone whose actions are to be judged coldly. Some of the subplots also aid in creating an attractive map for Armin to get lost in.

Probably the most haunting aspect of the story is the fact that those around Armin pester him, persuading him to keep his head down and never talk back, even when a situation demands a reaction. It is as if financial troubles can somehow push a person into a form of slavery where it is not freedom that is questioned, but rather having an opinion and sharing it with others. Another attractive treat in Turk’s film is its universality. Armin may be Bosnian, but the story could be set anywhere, in any country, on any continent. There is no barrier between the protagonist and the audience, and no moments get lost in translation, which makes Armin’s story one of the most accessible to be watched recently on the big screen.

The Slovenian-Italian co-production won ten Vesna gongs, including Best Film and Best Director, in addition to the Audience and IRIDIUM Awards

Life’s little, but inexorable, accidents are explored in Martin Turk’s minimalist drama, which screened at Sofia 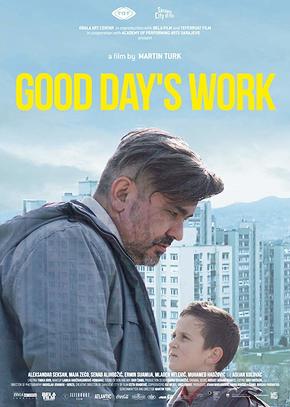 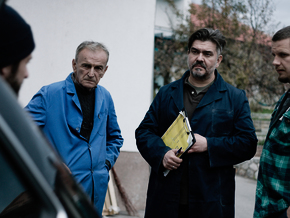 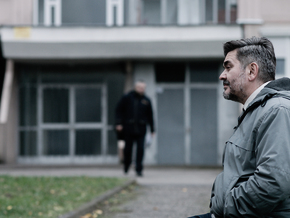