22/03/2019 - In her animal-centred first feature-length documentary, Aistė Žegulytė goes from life to death, and back to life again

Aistė Žegulytė’s first feature-length documentary, Animus Animalis [+see also:
trailer
interview: Aistė Žegulytė
film profile], presented in the European Debut Competition at the Vilnius Film Festival (21 March-4 April), is subtitled A Story about People, Animals and Things. This is rather appropriate, and yet still general enough to allow for multiple interpretations as to what it is exactly that she is trying to explore here, in a film that seems to follow in the hushed footsteps of that silent new wave of Lithuanian documentaries, where filmmakers are allowed to look, but God forbid they ask any direct questions.

And look she does: at hunters, deer farmers and taxidermists working at a local museum. Crouched down somewhere in the corner, the Lithuanian director takes it all in as they go about their work. With a title that could be translated as “animal spirit” and scenes showing a priest celebrating Mass while surrounded by animals slaughtered for their fur, to a certain extent it echoes Agnieszka Holland’s Spoor [+see also:
film review
trailer
interview: Agnieszka Holland
interview: Zofia Wichlacz
film profile], or rather Drive Your Plow Over the Bones of the Dead – the ecologically conscious novel it was based on. But while some parts might not be for the faint-hearted (although certainly not as graphic as, say, Ulrich Seidl’s Safari [+see also:
film review
trailer
film profile], where the lengthy disembowelling of a giraffe caused a festival staffer to run out of the cinema before this writer’s very eyes), Žegulytė’s film has a calmer, more meditative quality to it. It’s the musings on life and death that she seems to be most interested in, not the monologues on what’s right and wrong.

This might explain why she constantly juxtaposes the two, staring into a dead animal’s glazed-over eyes only to have it suddenly blink. And yes, similar themes have been explored before, and scenes showing maggots cleaning up a carcass at an accelerated pace have become so common that they may as well be forbidden. But what saves Žegulytė is her eye (and ear) for absurdity, catching an animal’s head sitting in a pot of boiling water with only the antlers sticking out, or an indifferent exchange over the phone, with someone asking the museum to stuff a badger – a beloved family pet and still very much alive – just because they happen to be going abroad and would love a nice souvenir.

It’s a strange world she is commenting on here, with people carrying animal-shaped shooting targets in the forest, where for a moment it seems like they are actually bringing them back to where they belong, or painstakingly stuffed critters applauded for looking “real”, as one takes away life only to recreate it. But although Žegulytė, to borrow an expression known from American legal shows, pleads the Fifth and refuses to answer any questions that could incriminate her, the message of the film seemingly already slips away in its first few minutes, as hunters chat after a successful outing. “Honour the beasts, you animals,” says one of them. That’s easier said than done, but dead or alive, they just keep on looking. And so does she.

Animus Animalis was produced by Giedrė Burokaitė, of Lithuania’s Meno avilys, in cooperation with Kinolab and Kinfo.

more about: Animus Animalis (A Story about People, Animals and Things)

The Georgian project Igi has won in the feature-film category; other victors hail from the Czech Republic, Hungary, Lithuania, Romania, Estonia and Portugal

In her animal-centred first feature-length documentary, Aistė Žegulytė goes from life to death, and back to life again 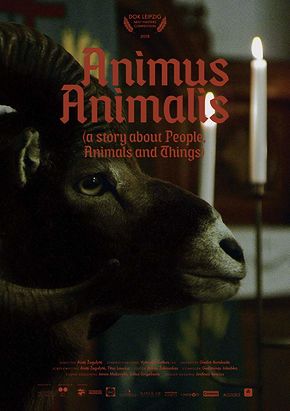 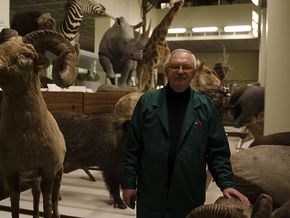 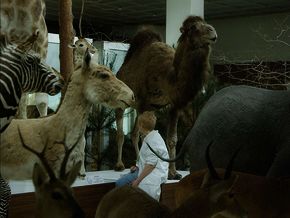 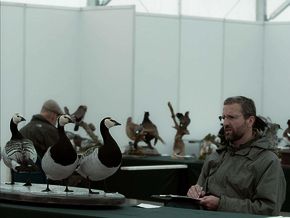 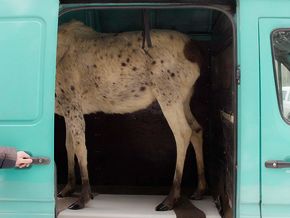