26/03/2019 - Paco R. Baños takes to the wheel for this road trip around the South of Spain and Portugal, in the company of a committed Natalia de Molina

Natalia de Molina in 522. A Cat, a Chinese Guy and My Father

It’s a shame that we see so few co-productions between Spain and Portugal, the two neighbouring countries where the cheery, colourful and sun-drenched 522. [+see also:
trailer
film profile]A Cat, A Chinese Guy and My Father [+see also:
trailer
film profile] is set. Paco R. Baños’s charming road movie, which begins in the bustling streets of Seville and ends on the majestic cliffs of the Algarve, stars actress-of-the-moment Natalia de Molina (who we saw at this year’s Berlinale in lesbian love story Elisa & Marcela [+see also:
film review
trailer
film profile], directed by Isabel Coixet). The film was hoping for a Golden Biznaga last week, having been selected for the official competition of the 22nd Malaga Spanish Film Festival.

Baños is no stranger to the festival; he came to Malaga six years ago to present his debut film, Ali, which features another young and talented actress, Nadia de Santiago. The Seville-born filmmaker later devoted himself to the small screen, directing two episodes in the first season of La peste, an ambitious historical drama created by Alberto Rodríguez (Marshland [+see also:
film review
trailer
interview: Alberto Rodríguez
film profile]). Now, Baños is making a return to cinema with a comedy-drama that has little in common with his recent audiovisual work for Movistar+ and much more with the analytical approach to the female psyche displayed in his debut feature.

Natalia de Molina plays George, an agoraphobic whose contact with the outside world is severely curtailed by her refusal to go more than 522 steps from her home. A sporadic sexual dalliance with a neighbour (played by Manolo Solo) and her relationship with her pampered puss are about as much social interaction as George can handle. When a road accident sends her beloved pet to the big hunting ground in the sky, she decides to scatter his ashes in a special place. To achieve her goal, she’ll need to enlist the support of a local Chinese man (Alberto Jo Lee), as the pair follow the directions of a guide book written by her father, whom she has not seen in far too long.

The film is bold in its ambition, if patchy in its results. Edited to a breakneck tempo, it adopts a tone that fuses irony and the absurd, unremittingly eager to amuse and move. The story begins in the isolated and chaotic world of George’s bedroom, a cluttered and untidy cage that she can only escape by fighting herself. In this way, Baños shows that a comfort zone can be a physical, as well as mental, space: an unassailable fortress that we construct to avoid facing up to our most deep-seated problems.

From this urban setting, the action passes to the inside of a van, where George attempts to recreate her private cocoon. As in all road movies, there follows a string of different encounters with new and recurring characters, as Portugal’s sun, wind and, especially, sea gradually work their cleansing magic on the film, allowing George to purge herself of her obsessions, anxiety and withdrawal. At the end of the film, her hard-won freedom washes across the screen in a stunning aerial shot, filmed at what was long believed to be the end of the world.

522. A Cat, a Chinese Guy and My Father, written by the director himself, is a co-production between Spain’s Tarkemoto and Portugal’s Ukbar Filmes, and will be distributed in Spain by Super8. The film was made with support from the Junta de Andalucía, the ICAA and the ICA, in collaboration with Canal Sur Televisión. German company Media Luna New Films is in charge of international sales. 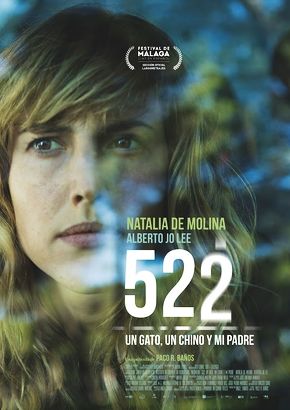 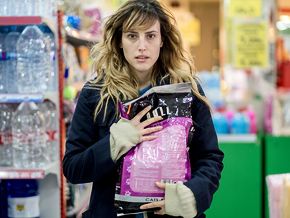 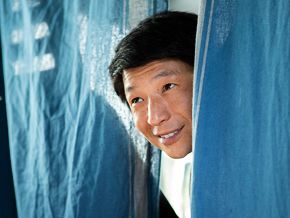 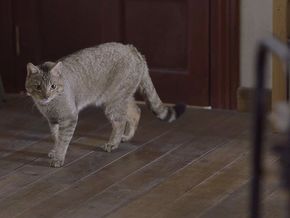 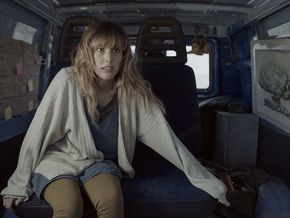