04/04/2019 - In his first solo outing as a director, Francesco Mandelli leaves borderline comedy behind him to tell a tender and educational story about bullying, which ends on a high

Pushing 40 and now the father of a little girl, Francesco Mandelli (who made his screen debut on MTV when he was 19, going on to act in 14 comedies before writing and starring in I soliti idioti [+see also:
trailer
film profile] – the successful and highly borderline TV series from which two films were developed for the big screen) wanted to draw a line under his past endeavours and to do something different. Indeed, the last thing we would have expected from his first solo stint behind the camera (he co-directed La solita commedia - Inferno [+see also:
trailer
film profile] with fellow artist Fabrizio Biggio in 2015) would have been a tale about friendship or a happy ending story on the subject of bullying, let alone a sweet and humane film which sets a good example for youngsters. Warmly received at the latest Rome Film Fest in the young people’s section, Alice nella Città, Bene ma non benissimo [+see also:
trailer
film profile] was released yesterday in Italian cinemas and is described as a small but hugely autonomous film: “I decided to stop worrying about what the public does or doesn’t like, and to do something that I like instead” says Mandelli. “So, when Fabio Troiano (who penned the screenplay, alongside Vincenzo Terracciano and Laura Sabatino, ndr) asked what I thought about a film on bullying, I didn’t hesitate”.

The plot revolves around the kind and chubby teen, Candida (Francesca Giordano, previously seen in the TV series The Mafia Kills Only in Summer), a 15-year-old girl who has lost her mother and who is forced to move from her Sicilian village to Turin, along with her father, Salvo (Rosario Terranova), who has lost his job and must move to the city to find work. When she arrives in her new school, she’s targeted by a trio of bullies, the same three who’ve been tormenting another little lad in her class, Jacopo (Yan Shevchenko), nicknamed Tutankhamun because he never speaks and is forever doodling mummies and hieroglyphics. While Jacopo suffers the abuse of his schoolmates without reacting, Candida responds in kind to each of their provocations, in a show of irony and attitude, and even manages to crush her opponents every now and again. Candida and Jacopo become friends, but their bond is frowned upon by the boy’s father, the rich entrepreneur Vittorio (Gioele Dix), who suspects the far more modestly-incomed Candida is only interested in his son for his money. In his own way, Vittorio is also a bully, but the young girl, with her spirit and inner strength, will ultimately teach everyone a thing or two about life.

The film takes a light-hearted approach to the subject, but its message is serious. It touches upon themes such as bereavement, the hardship of uprooting, financial insecurity and the dual divide between Northern/Southern Italy, and between rich and poor. It’s a film for young people, and it’s not exempt from over-simplification, but it does have a number of strong points too. First of all, it not only denounces bullying, but it also suggests a response, demonstrating how to behave in return; it guides the way to tackling the abuse head on and neutralising its effects. It also reminds youngsters of the very real need to cultivate friendships - real friendships – that go beyond Facebook, because when it comes to being bullied, having just one friend to talk to can be enough to save a life. And last but not least, there's the lead actress, with whom the audience immediately falls in love by virtue of her intelligence, her spontaneity and her relatable flawed beauty. A special mention should also go to fellow cast member, Euridice Axen (Loro [+see also:
trailer
film profile]), in the role of Jacopo’s mother, an upper-middle-class woman but very much an egalitarian, alongside Maria Di Biase, who plays Candida’s gentle and judicious mother (who speaks to her from beyond the grave in a few surreal asides), and the Turin rapper, Shade, who’s idolised by Candida and is playing himself in the film, and whose presence is sure to bring fans in by their droves.

A small film with a big message – the kind of message that’s sure to do the rounds in schools -, Bene ma non benissimo is produced by Viva Productions, with the support of the Film Commission Torino Piemonte and the collaboration of FIP Film Investimenti Piemonte. It was released in Italian cinemas yesterday, 4 April, courtesy of Europictures.

In his first solo outing as a director, Francesco Mandelli leaves borderline comedy behind him to tell a tender and educational story about bullying, which ends on a high

Mandelli, a director, actor, singer, and TV and radio host, is on set while his sophomore feature, Bene ma non benissimo, will be presented in the Alice nella Città section of the Rome Film Fest

The actor-screenwriter who gave us I soliti idioti turns director with a comedy about bullying at school, spearheaded by young actress Francesca Giordano and produced by Viva Productions 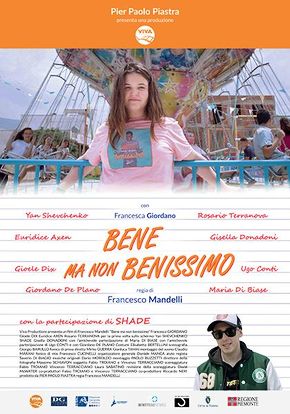 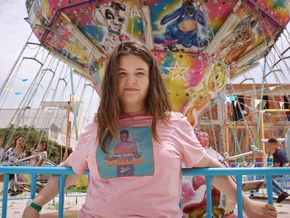