Greek filmmaker Marianna Economou, whose The Longest Run was nominated for the EFAs in 2016, is back with a new documentary, When Tomatoes Met Wagner [+see also:
trailer
film profile]. The film world-premiered in the Berlinale's Culinary Cinema section and went on to win the FIPRESCI Award for Best Greek Film at the recent Thessaloniki Documentary Festival. It has now screened at Visions du Réel 2019 as the pre-opening film on 4 April.

It is one of those rare documentaries that manage to combine a universally relevant topic with likeable, unique protagonists in an audience-pleasing but honest manner. The heroes are the inhabitants of a small Greek village, a total of 33 people – mostly elderly women, as the young people have all left for the cities. The residents are led by two middle-aged men, Christos and Aleco, as they work on an organic farm and make tomato and honey products by hand, which they then export around the world.

When the film opens and we see Aleco, a lean, scruffy, energetic and passionate farmer, and his more down-to-earth neighbour Christos, sporting quite a beer belly, the two are carrying loudspeakers into the field and discussing which music is best for the crops. Aleco claims it's classical, and Christos would rather play traditional Greek – and they will end up trying out both to amusing results.

In the food-processing facility, several middle-aged and elderly women, including Aleco's 82-year-old aunt, are testing various combinations of stuffed tomatoes – how much rice, mint or marjoram should they contain? – and when we say testing, we mean literally tasting them out of the dishes they are mixing them in. They look a bit like your grandma sitting down with her friends and exchanging recipes, and although they have some basic food-processing machines, they cut tomatoes and mix the paste by hand, filmed lovingly and in great detail by Economou herself along with two other cinematographers, Argyris Tsepelikas and Dimitris Kordelas.

Meanwhile, we get to know Aleco a little better. He is a unique character, a driven dreamer who loves telling stories, and his favourite is how Columbus brought tomato seeds from America to Europe 500 years ago, and how in rural Greece they are now packing the products of these seeds and shipping them off to the States, where they no longer use the original seeds.

The economic and social aspect of organic horticulture not being able to compete with mass production owing to cost-effectiveness is also touched upon through philosophical and almost poetic conversations between Aleco and a local friend. Like most of the content of the film, this topic will not be new to audiences, but Economou's passionate approach, combined with a carefully measured balance between the personal and the general on one hand, and the local and the universal on the other, makes for a deeply satisfying viewing experience and produces some honest emotions. The uplifting segments showing farmers working in the field with the music blasting from loudspeakers (in addition to Wagner, Aleco tries out some Mozart, Vivaldi, Bellini, Puccini and Haydn) easily prove not only that Economou's heart is in the right place when it comes to portraying the protagonists, but also that she knows exactly how to make a compelling film with an important message.

When Tomatoes Met Wagner is a co-production by Greek companies Anemon Productions and Stefi & Lynx Productions, and Berlin-based Rise and Shine World Sales has the international rights.

more about: When Tomatoes Met Wagner

CANNES 2018: At the second edition of Thessaloniki Goes to Cannes, the Thessaloniki International Film Festival, in collaboration with the GFC, showcased five films as works in progress 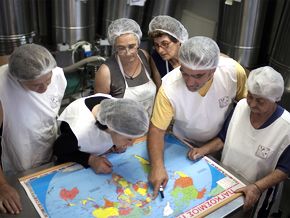 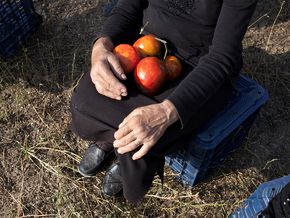 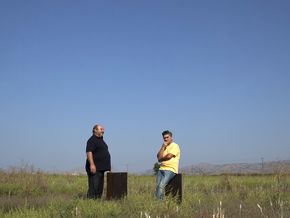 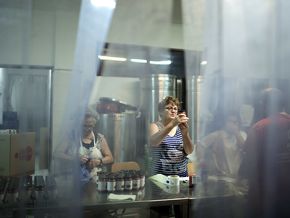