Captivating and exceedingly well constructed, both aesthetically and in terms of its content, Golden Age [+see also:
trailer
film profile] by Beat Oswald and Samuel Weniger (which world premiered in the national competition section of the Visions du réel International Film Festival) is one of those films which isn’t afraid to play with the boundaries of fiction and reality - an audacity which appears to be a recurring theme in the programme of the Nyon-based event.

As custodians of some sort of golden key which provides access to the fantastical world of The Palace, a notorious and decidedly unusual “old people’s home” in Miami, Beat Oswald and Samuel Weniger allow us to spy on a particular form of daily life that’s unlike anything we’ve ever known before.

The Palace, in all its indisputably decadent opulence and around which Golden Age revolves, showcases an atypical form of old age. It sizzles and sparkles, inhabited by characters who are intent on getting the most out of life, right up til their very last breath (and their very last dime).

The riches that cry out on every floor - marble floors in which you can see your own reflection, sparkling chandeliers and enormous rooms which guard the secrets, both little and large, of their elderly residents – and the endless succession of ever more extravagant activities endow the place with a markedly surreal aura.

Pampered to the extreme, the guests seem to float within a decor which transpires decadence and opulence, but which fails to mask the smell of formaldehyde permeating the air. Obsessed with eliminating any kind of reference to the elderly residents’ inevitable demise, the members of staff (from the waiting and cleaning staff right up to the general managers, who make no secret of their financial ambitions) who swarm the many rooms of The Palace (which is forever being polished, repainted and renovated) can’t quite paper over the smaller cracks - a trembling hand which clutches a cocktail (because champagne flows in rivers in The Palace,) or a head which rolls helplessly forwards, overcome by tiredness - which never fail to transpire in the residency.

Examined from different points of view – that of the guests questioned by the directors while they pose in their incredible mini-suites as if the subjects of a tableau vivant, that of the staff and that of the directors and creators of a millionaires’ utopia - Golden Age is an aesthetically powerful film which lingers on meaningful details (the orthopaedic shoes which enclose freshly painted toenails, big, backcombed hairstyles concealing tell-tale patches of baldness, or the impressive series of cocktails served during the “Happy hour extravaganza”) and uses these moments to punctuate the continuum of entertainment which not only inebriates the residents of The Palace, but also intoxicates the audience, who want to believe in an alternative form of old age that’s both personalised and exhilarating.

Like in a dream, Golden Age, with its many, dotted tableaux vivants in whose company we could happily linger, ends on a series of still lifes (the interiors of The Palace, emptied of their ostentatious occupants) which push us to question our own relationship with death, while gently and ironically reminding us: “the show must go on”.

Whilst seeming to succumb to the opulence of its surrounds, Golden Age ultimately casts a critical and intrigued eye on this particular “recipe for happiness” which, despite being indisputably based around money, is nonetheless shamefully enticing.

A debut film which is both ironic and profound, this is a delicious cocktail to be sipped and savoured without worrying about the hangover that will doubtless follow. 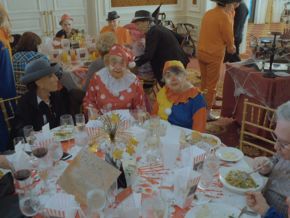 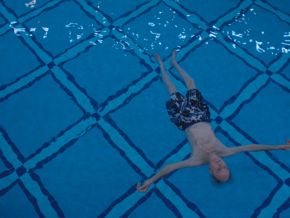